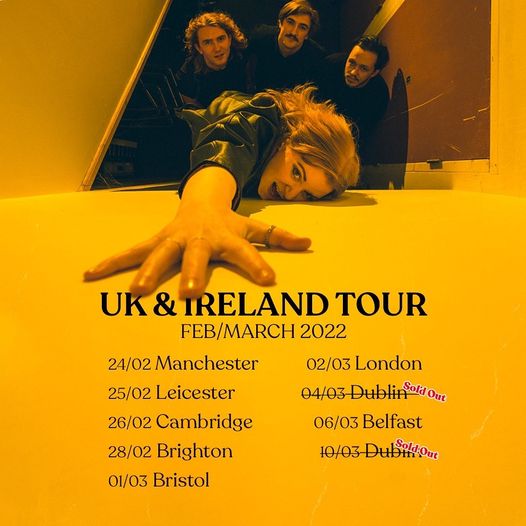 When you’re an old cunt, you are ever aware of the reaper looking over your shoulder. Time is precious and that makes you increasingly conscious of every tick; every tock. There’s so much shit you should be dealing with and then there’s the shit that you should be past engaging with. An antidote is to carve out every moment of joy and absolutely wrap yourself the fuck up in it. I like bands, I like live music, shit worth my time is rare without the sneer of me somehow ‘knowing better’. The youth have had to deal with some dross but once in a while there is a renaissance.

When you’re an old cunt you get to the music after the fact and that’s fine but there’s that feeling you remember, that wraps you in that old familiar sensation; the one you used to feel when you weren’t one step closer to death.  The buzz that finding a band that absolutely fucking thrills you is just that sensation, the feeling that demands:  ‘I want to find that band before you do.’ Ultra elitism. Nerd points. Now, no one can guarantee that Sprints are going to be huge but they have the ingredients. Foremost, they’re wonderful live, it’s a rare skill to be able to work the crowd to the extent to which they do. Frankly I have no idea of the names of any of them, but that wonderful woman up front has been touched by God. There isn’t a God but you get what I mean?

So it was Sprints at Yes basement. It’s a perfect venue. They played the Castle Hotel last time they were in Manchester and were fantastic but they made Yes look too small tonight. That kind of momentum when a band is growing exponentially. It was Running Paul who took a punt on seeing them at The Castle Hotel and he really did disgrace himself as an OC but here we were at Yes. It was a mixed crowd. Old fuckers who are looking for that electro shock resuscitation and a lot of the youth rightly joyous at seeing a band arrive.

There was no hesitancy in launching into the set. Their first gig of 2022 and it felt like they’d been on the road for months and were absolutely on it. ON IT. Intense from the start and delivered with joy. I couldn’t tell you what the set list was because I don’t know all the tunes; maybe I should pay more attention or even ask for a set list?  They certainly played Modern Job and  How Does the Story Go? which is as good an introduction to their ouvre as you’re going to get. It was full on from the start. A band absolutely in their stride delivering smart punk tunes. To reference Fontaines DC would be lazy but I’m close to death and can’t be arsed. There was a lyricism that’s smarter than you and entirely chantable, and you did have to chant. You were told, you were dragged into it. She was in the crowd stirring it up, mixing it up and making that magic that keeps the Old Cunts alive and thrills the youth. Seriously, smart people who can play and are a band that works. Rare alchemy.

They won’t be at Yes next time, they will be bigger and bigger and you will want to tell people you saw them because you want to be a cool cunt before you die.