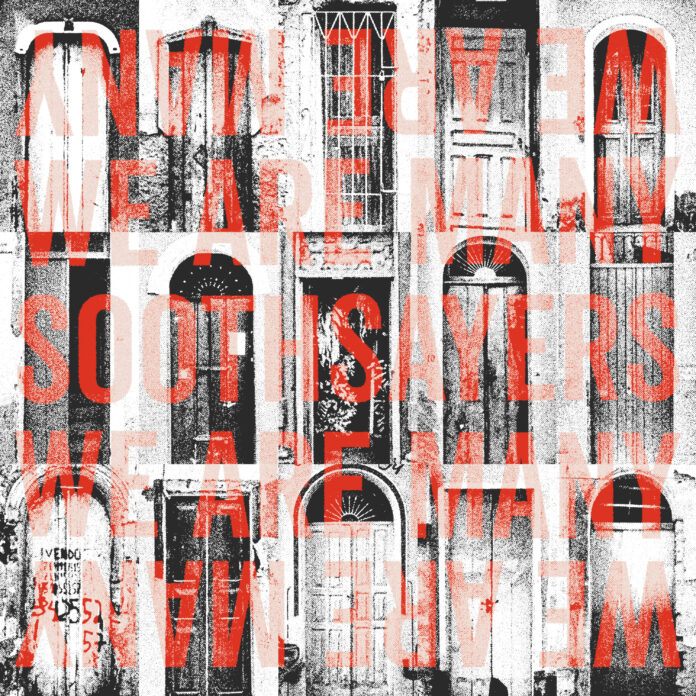 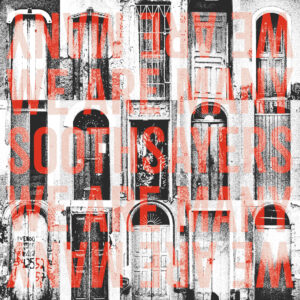 The latest album from Soothsayers is a glorious fusion of dub, jazz and electronica, shot through with the sounds of Africa and South America. And when you stop dancing, you can reflect on those intelligent social commentaries contained within. Dance and revolt. Gordon Rutherford reviews for Louder Than War.

Fela Kuti – that musical colossus and one of the primary influences of Soothsayers’ unique fusion – once said that music was not for enjoyment, but for revolution. Well, sorry Fela, you may well be the God of Afro-beat, but you got that one wrong. It is possible for great music to do both and We Are Many, the ninth album from South London-based Soothsayers, categorically proves that. In this collection, we have an album that gives pure sonic pleasure, all underpinned by a simmering polemic against the state of the world today. Dance and revolt.

At its heart, We Are Many sticks to the knitting. That fusion of reggae, jazz and Afro-beat that has been the foundation of the Soothsayers sound, helping them to build a solid following since their first album in 2000, remains. But listen more deeply you will uncover evidence that Soothsayers have evolved. This progression is undoubtedly a consequence of the process the band’s founding members, Idris Rahman and Robin Hopcraft, went through in creating this superb body of work. It all starts almost six thousand miles away from their London base, in that sprawling Brazilian metropolis, Sao Paulo.

Brazilian fashion designer Francisco Costa describes his homeland as “not what you see, but what you feel. Once you spend time here, you get in the vibe. It’s really intoxicating”. Last year, when you could do such things, Rahman and Hopcraft were fortunate enough to spend a chunk of time in that vibrant, football and music loving, South American jewel and they absolutely got into the vibe. The evolution of the Soothsayers sound started here.

Those tapes from the Brazilian sessions, recorded with a host of outstanding local musicians, were transported back to Soothsayers’ South London studio. Enter Wu-Lu and Kwake Bass to add another layer with their elements of nu-jazz and electronica. Then just as things were progressing as planned, the pandemic hit. To their credit, Rahman and Hopcraft didn’t allow lockdown to derail them. They simply changed their methodology by finishing the album the only way they could – remotely and with contributions from the core Soothsayers collective. The finished version effectively paints all of these constituent parts onto one technicolour canvas. Still Afro, dubby and jazzy, but with that electronic element and subtle Latin American vibes.

We Are Many is an album that is driven by horns from the heavens, heavy basslines and a groove that is more on time than the Swiss rail network. You will find it impossible to resist the urge to dance and sway to those fluid rhythms that will be absolutely at home in a sweaty venue on a Friday night. These are the ingredients that bring the pleasure. The revolution comes from the socially and politically charged lyrics, with almost all of the tracks here having something to say. All of that creates an album of intriguing contradictions.

Of course, one of the trademarks of Soothsayers are those lush three-part vocal harmonies involving Rahman, Hopcraft and Julia Biel. Therefore, followers of the band will be enthralled the minute the needle drops onto the groove and the first thing to delight our ears is that divine sound. It’s a shrewd move to introduce the album’s opener Rat Race with those voices perfectly in sync; so much so that they repeat the trick at the beginning of the second song, Love In Unity. Those special harmonies recur throughout the album, most notably on Move In Silence and Slave.

Soothsayers have always delivered thoughtful, socially observant lyrics and their time in Brazil has opened Rahman and Hopcraft to new issues to write about. Those opening two tracks – Rat Race and Love In Unity – directly address the plight of the Brazilian people, with Rat Race critically observing the regime of Brazilian right-wing president, Bolsanaro, whilst Love And Unity speaks out against increasing levels of violence by the Brazilian government towards its native and indigenous people. (Coincidentally, I write this on the day when protest marches are taking place across Brazil following the alleged killing of a Black man by White security guards.) It’s a no-holds-barred introduction. Both tracks come straight out of those Sao Paulo sessions and the inflections of Brazilian musicians Victor Rice (Bass), Bruno Buarque (Drums) and Joao Erbetta (Guitar) are prominent.

The uplifting Afro-beat of Slave champions the rights of workers. One Step Away, nailed down by Andrew Gibson’s understated guitar working in tandem with Emmanuel Afram’s bass, subtly observes how close each of us are, literally one step away, to falling through the cracks into homelessness. The white noise of social media and 24/7 news is addressed in Move In Silence. Those heavenly harmonies floating over Kishon Khan’s funky keyboard do not make the message any less pithy.

Ironically, despite all of the brilliantly uncompromising and aphoristic words and those perfect harmonies, the two stand out tracks for me are (practically) instrumentals. Firstly, we have the magnificent, Rolling. It’s a song that, I assume, came entirely out of the Brazilian sessions and the breathy vocal sounds of Ligia Kamada, Bruno Buarque and Joao Erbetta, lying deeper in the mix, perfectly complement Kamada and Buarque’s dubby percussion. Over it all glide the sumptuous horns of Hopcraft and Rahman. The sound and feel reminded me very much of Donny McCaslin’s band’s performance on Bowie’s brilliant and poignant farewell, Blackstar.

The other instrumental, Hands In The Ground, is equally special. Unlike Rolling, this electrifying jazz-funk number with its infectious hook is unquestionably born in London. Wu-Lu’s bass swims with Kwake’s drums, pinning the groove perfectly. Rahman’s soaring sax flies off to celestial heights before swooping back to duel ferociously with Hopcraft’s trumpet. It is joy unconfined and unlimited.

Album closer We Won’t Lose Hope is a defiant proclamation against the impending horror of Brexit. It’s an ugly prospect that is exquisitely presented by Julia Biel’s sublime vocal over Gibson’s choppy rhythm guitar, bringing this excellent collection to a quite beautiful conclusion.

It is evident that, despite the eminently danceable, sunny grooves, We Are Many is a protest album. But it makes its protest in a most powerful way. In much the same way as Sault’s two epic works earlier in the year, We Are Many puts its points across thoughtfully, saliently and eloquently; in a mature way that forces you to reflect, rather than merely ranting and spitting aggressively. The music and the messages are powerful and positive and challenge us to believe that the world can be a better place. Moreover, it also disproves Fela Kuti’s assertion around the role and purpose of music.

It is an album that feels like it could only arrive in 2020. It is of the times and for the times. I’m going to give the last word over to Idris Rahman and Robin Hopcraft. Louder Than War is a believer in, and champion of, the power and influence of music. This belief cannot be summed up any better than by the founders of Soothsayers. “Whilst heavy questions of life and death and the future of our species surround us all, music is a guide that can help us perceive the challenges in a different way – a guide that can help us towards a deep inner peace. If we listen, music can help light the way. We hope you will experience the joy, meditative power and beauty in the connection of different musical cultures that was experienced in the creation of this album.” (Idris Rahman and Robin Hopcraft).