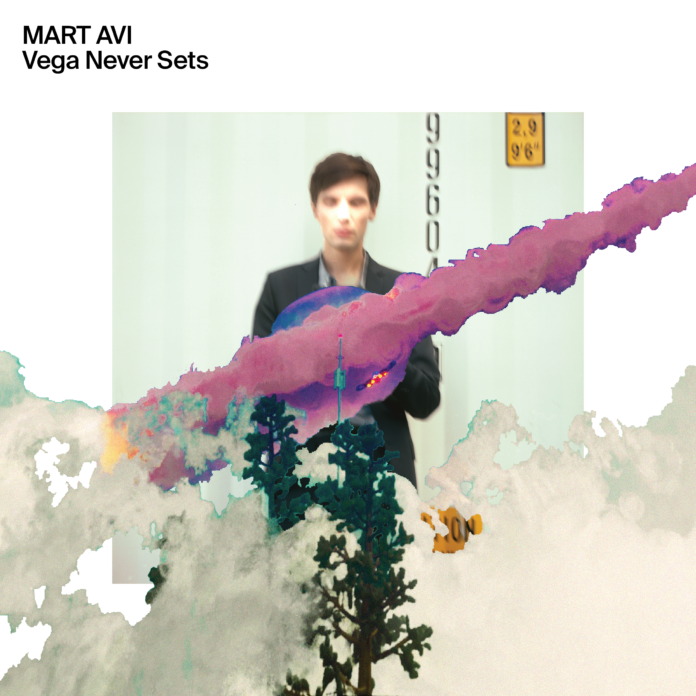 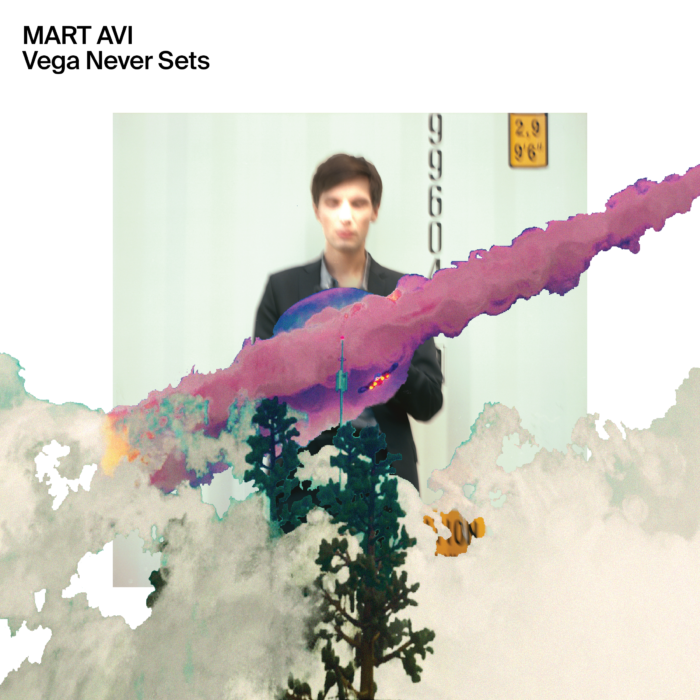 Vega Never Sets is a compelling album title from an equally compelling artist – Mart Avi. One of the few musicians with the ability to inspire a cult following, the Estonian singer, producer, and visual artist is a true polymath. His fourth LP, Vega Never Sets is an intriguing listen, with inspiration coming from anywhere and everywhere. Excellently produced and rich in texture, through it Avi reveals himself as an artist working at the peak of his powers. A work that is also as subversive as this, however, has the potential to either alienate or enthral listeners.

Recent single ‘Feather’ opens the LP, with Avi constructing a whole sonic world within its 3-minute duration. Not limited by the capabilities of traditional instruments, he continues to world-build throughout the record, sprinkling glitching electronics over soft synthesizers – often creating entire songs based around a single loop. Each one has a distinct atmosphere, connected by a mix of the unexpected and the recognisable. The melodic focus comes from Avi himself; his distinctive voice wandering amongst the trickling rhythms, measured and controlled. At times his vocals are used sparingly, and on ‘Endsville’ and ‘Avirex’ it doesn’t feature at all – such is Avi’s confidence in the music he’s made.

Using digital instruments can provide artists with infinite possibilities, and Avi’s range of sounds is testament to this. A lack of limitations can also result in a lack of grounding, however, Mart Avi is careful to avoid this trap, tapping into orthodox song structures and elements to provide a certain familiarity when needed. Lead single ‘Spark’ for instance makes use of a thumping house beat, an ever-present in club music. However, rather than fulfilling the usual dancefloor criteria, the song continually reigns itself back in, as vocal snippets and the sound of an aeroplane taking off shift the focus from beats to timbre. Closing track ‘Vega’ meanwhile takes the form of a ballad, yet begins with a heavily edited birdsong effect.

Avi’s style is not always the easiest to grasp, but by rooting his work in established genres, he is able to guide the listener into more experimental realms. The most distinct example of this is ‘The Fifth Season’, which breaks down into a near-minute of industrial drum sounds and harsh distorted beats. It’s loud and grinding – a far cry from the delicate ‘Wire’ and sparkling ‘Soul Reaver’ – though given it began with a classic breakbeat rhythm, the listener is willing to engage in deeper listening. Combining the exploration of sound with songwriting craft is not a trick, it’s a skill.

On an album as laden with effects as this, production is paramount. Vega Never Sets excels in this regard, its title befitting the ethereal, spacious atmosphere created. Every sound, every effect, and every moment is perfectly calculated by the musical auteur that is Mart Avi. The record is the sound of an artist who knows exactly where the boundaries are, and is therefore able to push them in any direction he pleases. Avi’s latest effort ends with a call back to opening track ‘Feather’. It’s just as well; one listen is not enough to appreciate the scope of such work. With Vega Never Sets – as with Vega itself – the virtuosity of Mart Avi continues to shine.