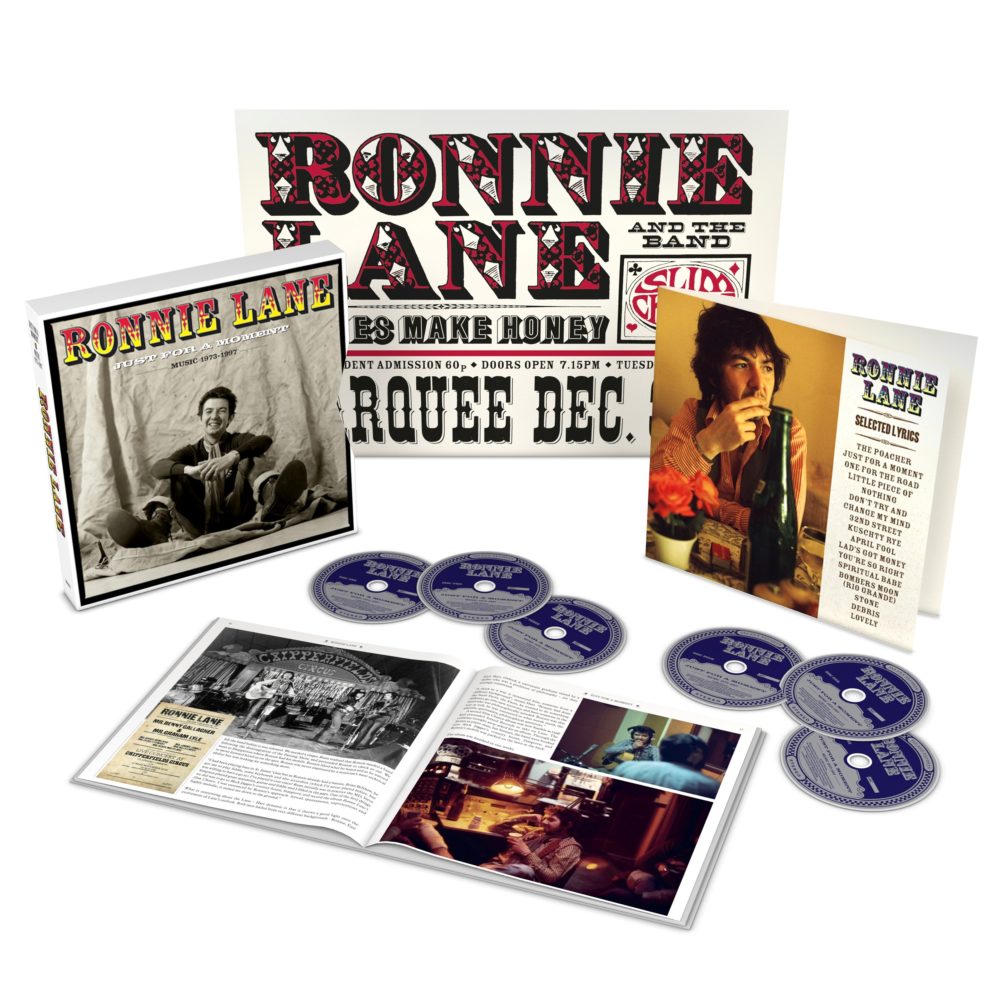 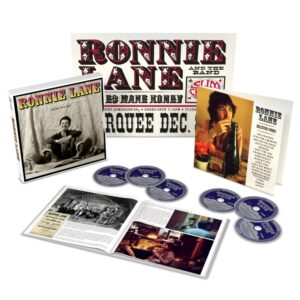 “For me, the music here brings a joyful tear. How wonderful to get a sense of the entire arc of Ronnie’s work, rough and smooth, lost and found.” Pete Townshend

Ronnie Lane, Bass Player for the Small Faces and the Faces – Songwriter behind iconic songs such as Ooh La La, Itchycoo Park, The Poacher, Annie and Debris…  In many ways, Ronnie Lane remains an enigma in the story of rock ‘n’ roll.  An artist who was determined to chart his own destiny and break free from the demands of the music “business”.  His sense of disillusion with the rock ‘n’ roll lifestyle led him to leave his hugely successful band for a ramshackle country Farm (Fishpool) and a life on the road (of sorts…)  He assembled a new band – Ronnie Lane’s Slim Chance – and would create The Passing Show – a now legendary circus tent tour of the country with assorted clowns, acrobats and comedians… To further his ambition to do as he pleased musically, he built his own recording studio – The Lane Mobile Studio – itself an icon in the history of rock recordings. 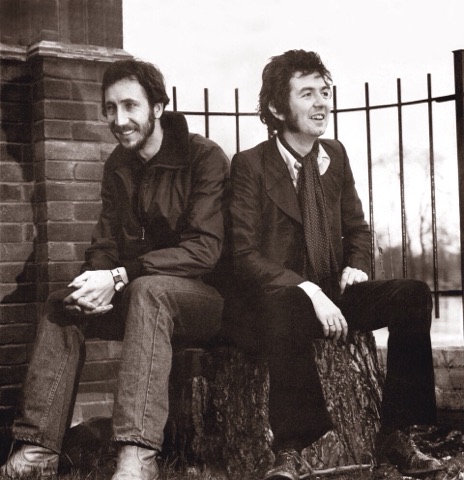 Ronnie created a sound that was unique in British music – a style that leaned heavily on an array of influences particularly folk, country music and later R’n’B with welcome contributions from the band of musicians he surrounded himself with. Ronnie was not alone in his rural idyll – many friends would join him in his new artistic endeavours – Gallagher and Lyle, Kevin Westlake, Billy Livesey as well as Ronnie Wood, Pete Townshend and Eric Clapton (the latter wrote Wonderful Tonight round the fire at Ronnie’s Fishpool Farm).  Eventually, the symptoms of MS would surface and in the 80s Ronnie would move to Austin, Texas where he still wrote and performed up until his death in 1997.

Ronnie Lane is one of the finest songwriters the UK has produced. This is the first time that a fully comprehensive look at Ronnie’s post Faces career has been undertaken. Just For A Moment 1973-1997 collates the solo and collaborative work of this prodigious and much missed wordsmith. As Pete Townshend surmises, “Here, in these songs, collected with such love and care, he is found again. Probably at the height of his rebellious and chaotic powers, where music had to be immediate and uplifting, or else heart-breaking – but always real.”

It includes Ronnie’s 4 solo albums – Anymore For Anymore (+ singles), Ronnie Lane’s Slim Chance, One For The Road and the cruelly underrated See Me.  In addition, it features tracks from Ronnie’s Mahoney’s Last Stand soundtrack album with Ron Wood and Rough Mix with Pete Townshend.  The final disc of the set focuses on Ronnie’s time in the US with live highlights and studio tracks never previously released. The set also featured lots of rare and unreleased material – be prepared to hear fantastic cover versions of The Wanderer, Rocket’ 69 and The Joint Is Jumpin’ – as well as unheard Ronnie compositions plus live recordings, tracks for the BBC and highlights from a legendary Rockpalast concert. The set is curated by long time musical associate of Ronnie’s, Slim Chancer musician Charlie Hart.  Comprehensive sleevenotes focus on Ronnie the musician, the songwriter, the collaborator and split the post ’73 period into three distinct parts.  Writers are Paolo Hewitt, Kris Needs and Kent Benjamin covering Ronnie’s Austin years, whilst The Who’s Pete Townshend contributes a forward
on his former best friend and collaborator

Packaging – 6 discs housed in a hardback book with outer slipcase.  The package also includes a book of Ronnie’s lyrics and an A2 fold-out poster.