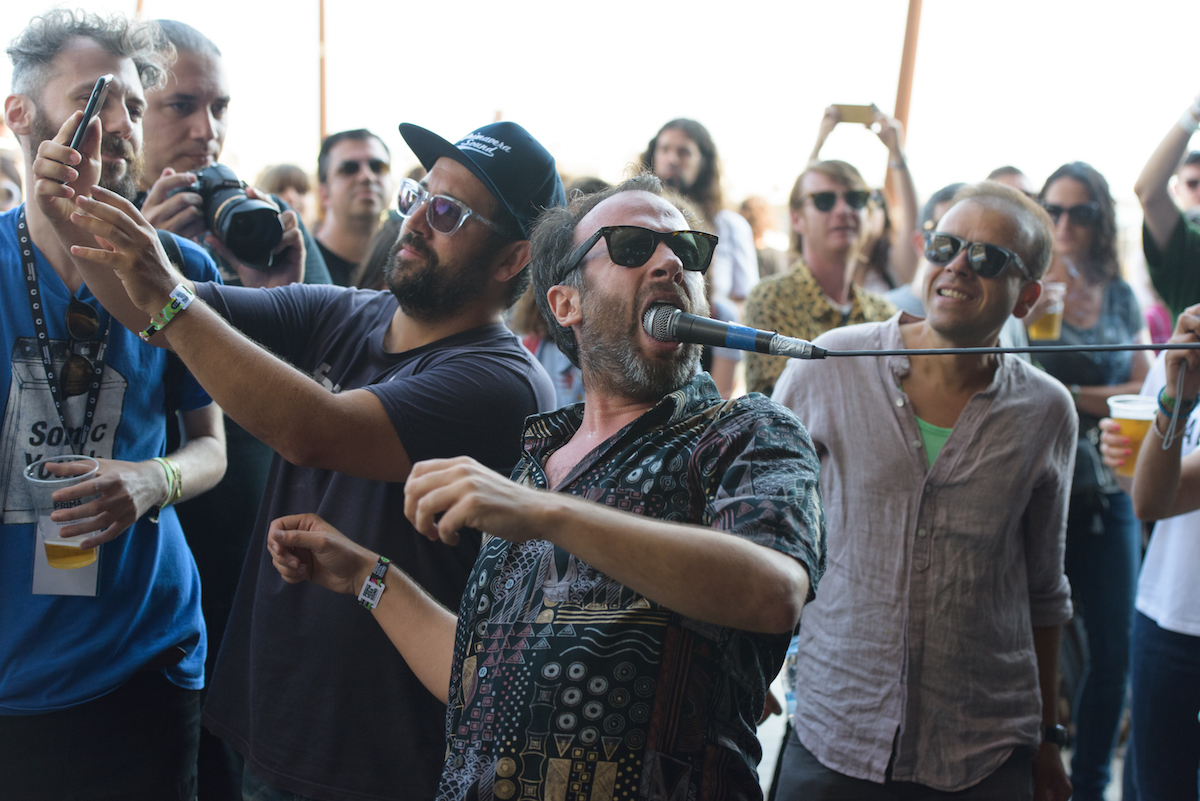 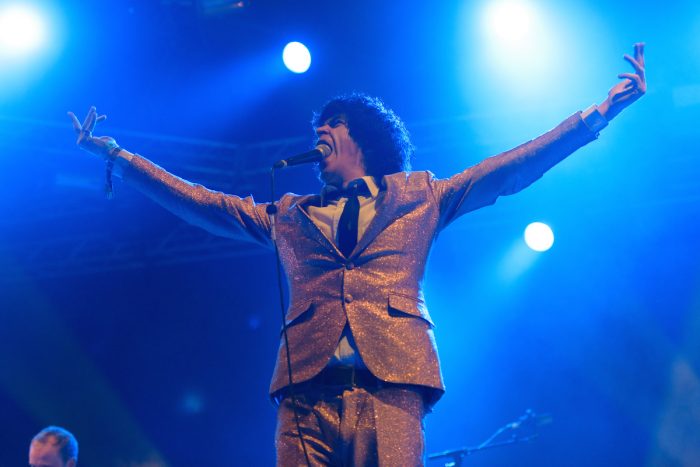 Another interstellar day at Primavera Sound, this time featuring the likes of the Descendents, The Make Up and the almighty Seaford Mods.

The second day of Primavera Sound kicks off with yet another mystery, Mogwai have announced that they’re in Barcelona and Primavera seem to be pleased to see the band. However, once again like Arcade Fire nothing has been announced, fortunately though this is quick to change. With the announcement that the band would play on one of the smaller stages later that evening. 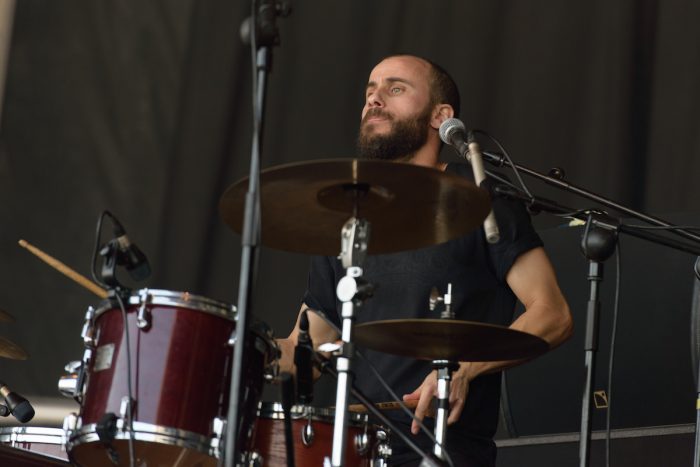 First up though we catch It’s Not Not whose visceral set is the perfect way to start the day, despite their early stage time they really get the party going. An enthusiastic crowd has already formed as the band tear through a vibrant set of hardcore tracks, lead singer Joel is the main attraction though. He seldom remains on stage instead his passionate performance is played out in the crowd. It’s a truly captivating performance from the local band and arguably one the highlights of the entire festival!

Vaadat Charigim are one of the real surprises of this years Primavera Sound, the Tel Aviv band are signed to the infamous Burger Records and appear to perfectly encapsulate the labels sound. Their Garage Rock tracks like Neshel and Odisea are particularly impressive as they mix in elements of psychedelia, it’s a wide ranging set. However, at times it does feel slightly lost on this huge stage, that should take nothing away from these exceptional tracks though a genuinely exciting set. 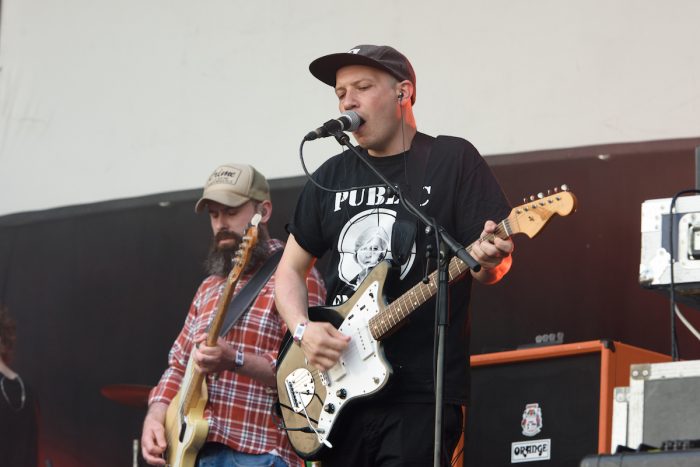 As we and thousands of others hone in on the electronic music area of the festival there is a heavy air of anticipation, this was to be the world premiere of the new Mogwai album. An album which is perhaps more laidback than we’ve come to expect from the Kings of Post Rock but no less intriguing or engaging. With a huge crowd amassing everyone is enthralled by the band, as they continue to evolve and enthuse there are obvious highlights like Coolverine and title track Every Country’s Sun. Hearing it live first as opposed to on record really does make a huge difference and tonight is made truly very special by this set.

In comparison The Growlers seem somewhat lacklustre in comparison, a band who possess all of the swagger but very little to back it up. Their laidback tracks feel like they’re missing something tonight, there are a couple of flashes of enthusiasm from the likes of One Million Lovers and I’ll Be Around but the rest of the set never really gets going despite the outpourings of affection from a packed crowd. 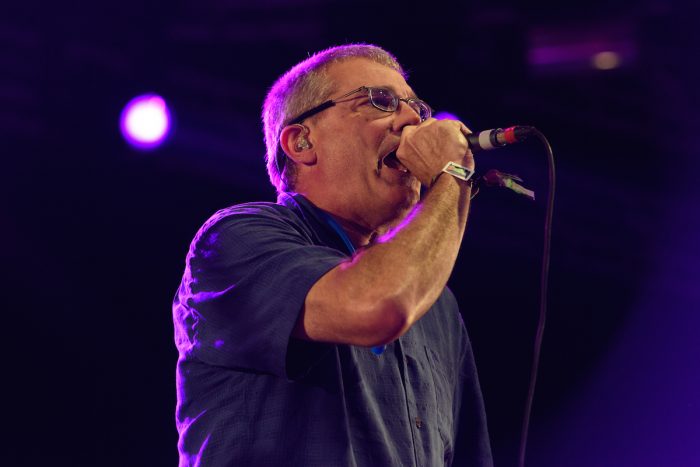 The same cannot be said for the mighty Descendents who are in raucous form tonight, despite a relatively short set of just an hour they cram in some thirty songs. Each played with the same unbridled angst and enthusiasm as the last, it’s a blink and you’ll miss it set. With classics from across the bands career alongside a plethora of tracks from last years Hypercaffium Spazzinate including the likes of Victim Of Me and Shameless Halo. There is absolutely no denying that they’re still one of the most impressive and provocative bands around, their energy is infectious this fervent set is incredible. A true highlight of this years Primavera Sound.

They’re followed by a band who suitably lower the tone, merely the way that Aidan Moffat greets the crowd is a million miles away from the fervour of the Descendents. Arab Strap are a completely different prospect, with their disco misery is the perfect antidote to the Descendents’ supercharged punk rock. The stark contrasts between the two could easily continue, but we settle in for an impressive set by the Scottish band. Moffat stalks the stage delivering his harsh lyrics as the band play their often upbeat backing tracks. The likes of Girls Of Summer and The Shy Retirer are personal favourites during this forlorn set. However, The First Big Weekend provides an ecstatic close to the bands set, Moffat is truly on top form this evening as are the rest of the band – a genuinely endearing performance by one of the best bands around. 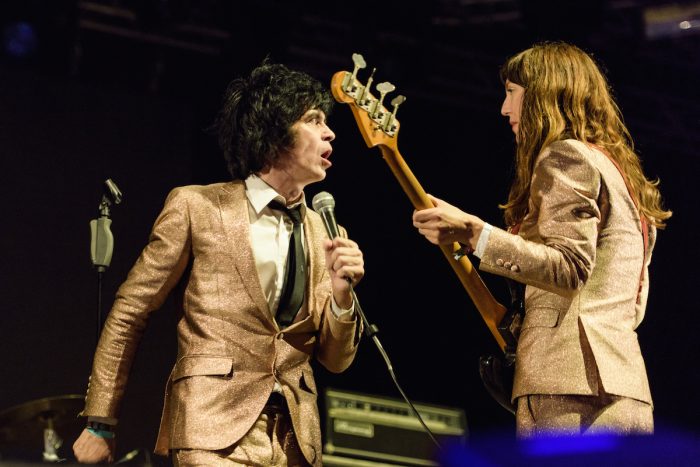 The Make Up are quick to take the tempo straight back up though, with front man Svenonius quick to take to the crowd rather than the stage. It’s utter madness from the word go, with the rest of the band looking almost surplus to requirements. Svenonius is the true star of the show, as he rides atop the crowd in rather spectacular style all the while singing his way through a plethora of tracks including Black Wire, Part 1 and 2 and Walking On The Dune. It is certainly the most energetic performance of the weekend by far, a truly wonderful display from a long missed band.

Tonight it seems though that the technical gods are not on the side of Sleaford Mods, for whom their set didn’t get off to the best of starts. Once any technical issues were sorted, the duo were in particularly visceral form, opening up with Army Nights they tear through the majority of English Tapas with every bit of angst imaginable on show following the earlier disruption. Still arguably one of the most relevant bands around at the moment, Jolly Fucker, B.H.S. and Jobseeker are all particular highlights. In the end it’s a triumphant set from the Nottingham duo who have amassed one of the largest crowds of the weekend so far on the Ray-Ban stage. 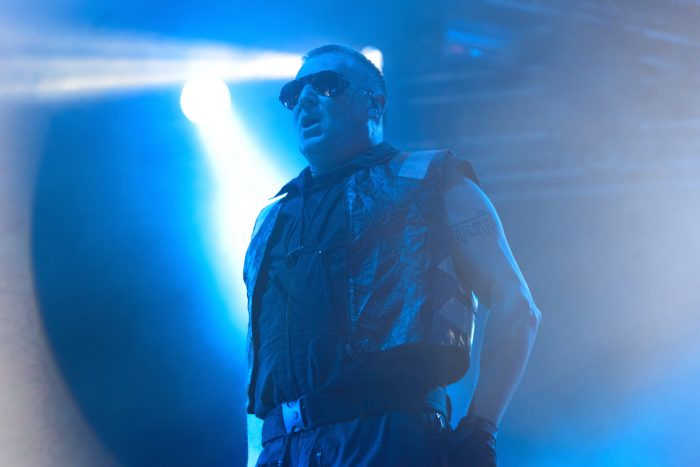 Pioneers of EBM, Front 242 are up next and are again one of the surprises of the festival, their set is awash with lasers scanning the huge crowd that had amassed for the band. Their thumping industrial set sees the sea of heads bobbing along as the band tear through what is an impressive set. With the likes of U-Men, Headhunter and Punish Your Machine being particular crowd favourites, there appears to be a lot of love for Front 242 this evening and rightfully so.

We end the night with another garage band – Wand. A band which features members of the likes of Together PANGEA and The Meatbodies as well as forming part of the backing band for Mikal Cronin. On paper an impressive prospect, but live they seem to lack the same energy as their individual parts all of whom are known for exciting and intriguing garage rock. Wand instead airing more on the side of Britpop revivalists and it really lacks the enthusiasm and excitement. Which is a shame as on paper this could have indefinitely been one of the highlights of the festival.

It’s a wholly impressive second day though, despite the technical hiccups that plagued Sleaford Mods early on they indefinitely produced one of the highlights of the day. Alongside Mogwai and The Descendents both of whom put on incredible shows that really shone through on the second day. The final day of the festival will see Arcade Fire make a return to the festival after their earlier ‘warm up’ show alongside the likes of Grace Jones and Royal Trux.