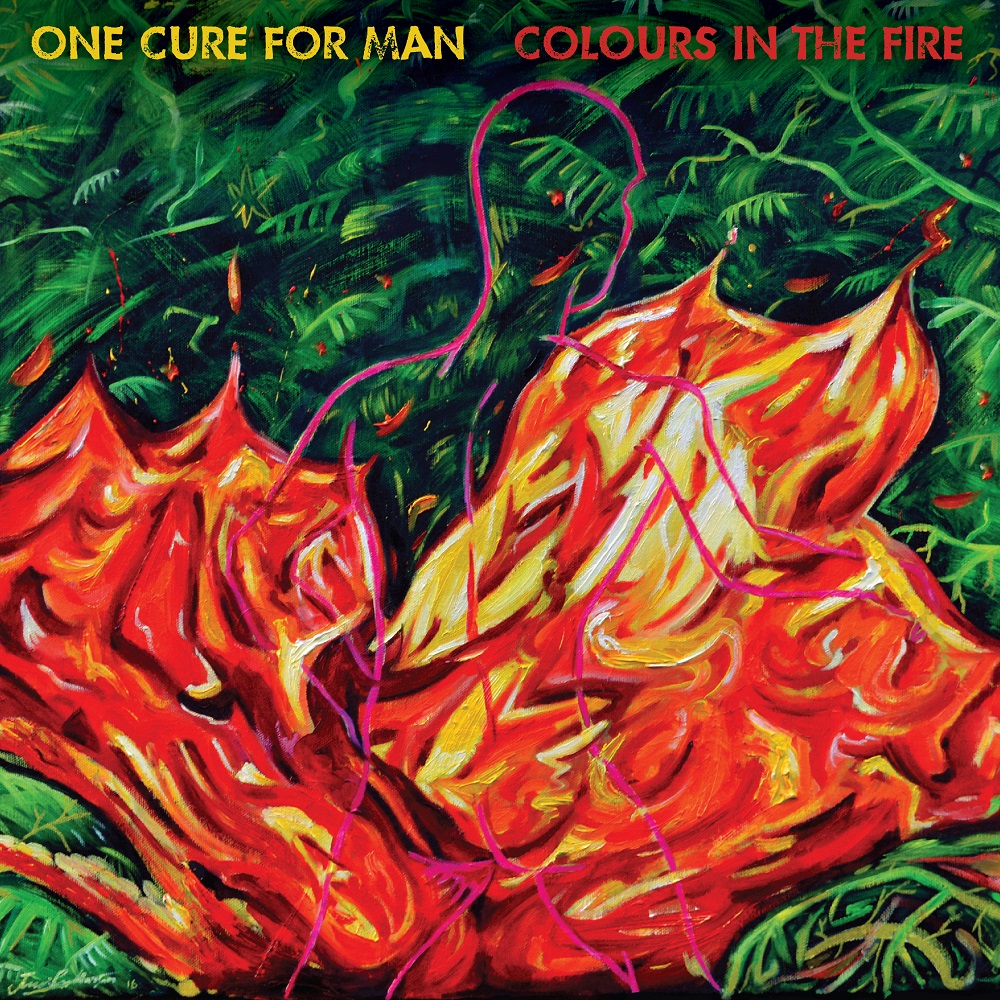 One Cure For Man – Colours In The Fire

Aztec Camera, Prefab Sprout and Manic Street Preachers are three artists that spring to mind in as many tracks on the latest album by James Parkinson aka One Cure For Man. Originally formed in 2009 as a band and moving to a solo act three years later, a move to the Midlands and back to the North West may have proved as continued inspiration and invigoration.

Parkinson fits nicely into the mould of experienced songwriter with the addition of being a talented multi-instrumentalist (he plays guitar, bass, percussion and keys amongst other things) and, is more than capable of knocking out a catchy tune or two. Some lovely riffs within these songs are evident too, a good example being a nice Johnny Marr influence on Deleted Scenes, a catchy 80s indie styled piece which will do its damnedest to make your toes tap.

Album opener and title track, Colours In The Fire may also allude to the fine song writing of Prefab Sprout’s Paddy McAloon as it weaves guitar solos with solid vocals in a formula that may be disastrous in the hands of someone less competent. Thankfully, Parkinson pulls off an album beginning which may just keep a newbie interested enough to carry on through the almost anthemic ending and guitar screech.

You could almost be forgiven for thinking that The Unknown is a Manics song. Those characteristic loud drums and keyboard riffs reminiscent of when they once made interesting music before the wheels fell off post 1998, make for a track which can be imagined with a leaping audience punching the air in unison. It’s a highlight of the album and one which Parkinson should be very proud of.

Unafraid to tackle varying subject matter such as alienation, vanity and amnesia, each subject is cleverly bound within melodies which are easy to digest and difficult to dislike. Maybe there is nothing new here and nothing ground-breaking but what is here is simple, honest indie/pop/rock that is often radio friendly and always well executed and produced.

Another Cup Of Tea has hints of The Who and Animals has a great bass break around the two minute mark before breaking into a Roddy Frame guitar lick. More comparisons but, don’t let this deter you checking out One Cure For Man and as When I’m Gone ends (a tale of mortality, morality and life in general) you can’t help thinking you haven’t heard the last of him.