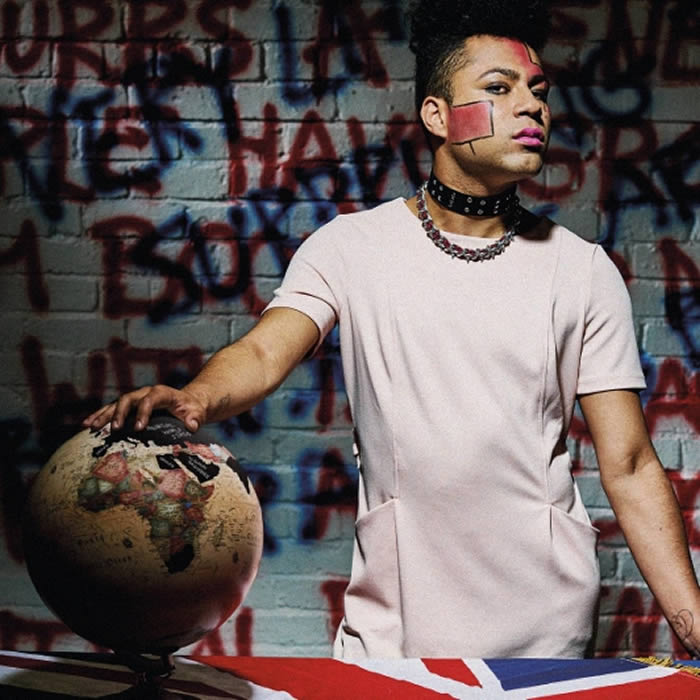 Jubilee, originally a film by Derek Jarman released in 1978 is updated for the 21st century at The Royal Exchange, Manchester. Nigel Carr reports back for Louder Than War.

Denounced by Vivienne Westwood at the time of its original release in 1978 as failing to represent punk, Derek Jarman’s Jubilee was a social statement on the breakdown of modern society. Anarchy ruled, policemen got firebombed and Queen Elizabeth, transported from the sixteenth century by the occultist John Dee, surveyed a decaying dystopian, modern Britain.

Fast forward forty years and ‘nothing has changed’, ‘nothing has worked’. Gloriously narrated by Travis Alabanza’s Amyl Nitrate, the themes are brought bang up to date in a dense, visceral allegory of a still decaying Britain with references as disparate as Brexit, Grenfell – ‘Tower blocks are built to kill the poor’ and ‘Isis, Isis Isis!’

The huge reliance on ‘strong nudity’ (what’s weak nudity?) saw almost all the cast naked at one point or another. Sphinx and Angel, the two bisexual brothers frequently making out on mattresses dotted around the wings made me wonder whether the excess was absolutely necessary. In order to convey a message, one needs an audience; if many leave after the first act then a question has to be begged.

The play, an often brutal, chaotic showpiece was brilliantly acted all the way through with Alabanza standing out in suitable Jordanesque, Mondrian inspired make-up, as a true star. The performance artist never missed a beat with a series of thought provoking monologues that would challenge the most dedicated actor.

The supporting cast provided a rich mesh of often bewildering set pieces from the glorious Rule Britannia, a decadent Spice Girls inspired Beggars Banquet to Toyah’s own ‘I Wanna Be Free’.

A challenging and at times difficult to watch Act 1 where some parts washed over you, was pulled together brilliantly in Act 2, cementing the chaos and discord for a thrilling and often hilarious rollercoaster.

Jubilee continues this afternoon and evening with a matinee at 2.30 and evening performance at 7.30. 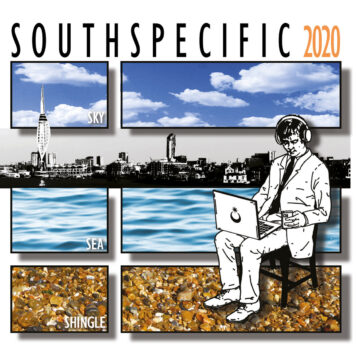