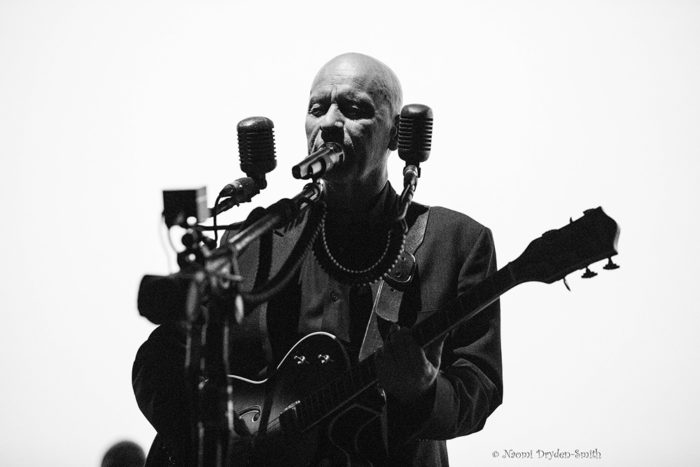 After months of anticipation since The The announced their trio of 2018 Comeback Special concerts in London, Louder Than War’s Andy Duke reports back from the Brixton show

Matt Johnson is an enigma. Crafting anthemic songs for the disaffected since the early 1980s, it took three epic albums and seven long years for the London native to feel comfortable to perform live with ‘The The’ for the first time. This was following the release of 1989’s ‘Mind Bomb’ and saw the pied piper to the lustful and the lonely joining forces with guitarist Johnny Marr to great effect. ‘The The’ transformed from studio solo project and into a quasi-band with James Eller (Bass), Dave Palmer (Drums) and ex-Smith Marr (Guitar/Harmonica) all participating in the recording of the album and subsequent world tour. D.C. Collard was recruited on keyboards for this inaugural live outing for the band.

Johnson has famously never done things by halves. Favouring Frost’s ‘the road not taken’ approach to his music career, this is a man who preferred to traverse the wilds of Bolivia and Harlem to make physically and emotionally demanding videos for each track on his sophomore release ‘Infected’ rather than tour with a band.

Although the same ‘Mind Bomb’ touring line-up would remain for 1993’s excellent ‘Dusk’ album, Johnson’s temporary relocation to the Big Apple meant that all subsequent live outings featured an entirely different and revolving group of session musicians. The spark and chemistry of the first tour’s personnel became diluted and in 2002, Johnson’s appearance at Meltdown Festival in London marked the final live appearance for ‘The The’.

Returning with Eller and D.C. Collard alongside (the Johnny Marr-recommended) Barrie Cadogan on six-string and Earl Harvin on drums, Johnson’s 2018 incarnation of ‘The The’ returned to the capital for three sold out performances at Royal Albert Hall, Brixton Academy and The Troxy respectively. This trio of London dates took place just following the sad news of the passing of Matt Johnson’s father. With his ‘Spirit of the Blitz’ attitude, The The’s frontman walked out onto the stage at Brixton Academy with his youngest son in tow and dedicated the show to Eddie Johnson adding, “he wasn’t a father to me – he was my best friend”. The 56-year old singer then hugged his son and urged everyone to appreciate their loved ones before launching into the haunting ‘Global Eyes’. With the track that followed it, ‘Sweet Bird of Truth’, it became clear that Johnson and his band were keen to explore the group’s back catalogue using a more stripped down sonic palette. While I cannot deny missing the prominent female backing vocals that normally punctuate this ode to US involvement in the Middle East – Eller, Collard and Cadogan did an admirable job in summoning their respective inner-Anna Domino voices. Despite his recent bereavements, the singer, who also lost his brother to cancer last year, has never appeared more happy and relaxed onstage. Johnson’s banter in between songs was witty and good humoured throughout. 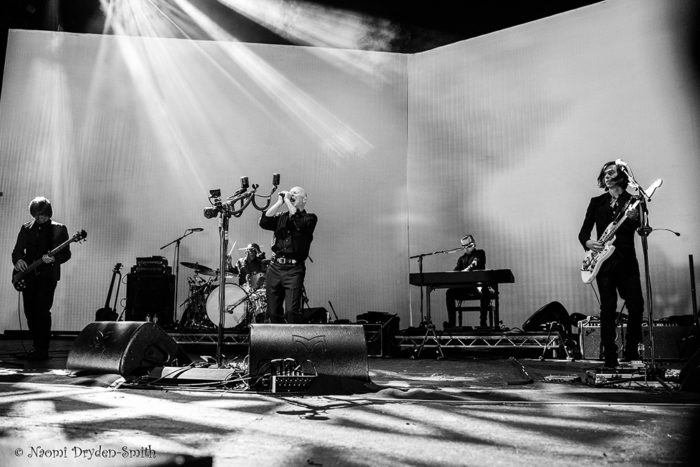 Arrangements were tweaked to get the most out of the line-up and instrumentation. ‘The Beat(en) Generation’, for instance, was slowed down to a haunting Tom Waits-worthy tempo and Marr’s harmonica hook was replaced with Collard’s tasteful employment of a melodica. The backdrop of the stage was dominated by a large screen showing video clips spanning The The’s four-decade long career alongside Super 8 films following Johnson’s early years with his family.

Given his recent familial losses, the sumptuous ‘Love is Stronger than Death’ from 1993’s Dusk album was equal parts heart wrenching and inspiring. Although Johnson’s Lennon-esque higher register vocals were missing in favour of a safer yet still emotive baritone delivery, it didn’t matter as the capacity crowd at Brixton Academy were singing those high parts on Matt’s behalf anyway.

Kudos needs to be given to the band. D.C. Collard’s interpretation of the Jools Holland piano solo on ‘Uncertain Smile’ was a sublime highlight and Cadogan’s masterful guitar playing recalled Bernard Butler at his very best. Earl Harvin’s effortless handling of the multi-layered percussion on Infected deserves an honourable mention and Eller’s tight and dynamic handling of the low-end was the bridge betweencthe dark yet danceable nature of The The at their very best. 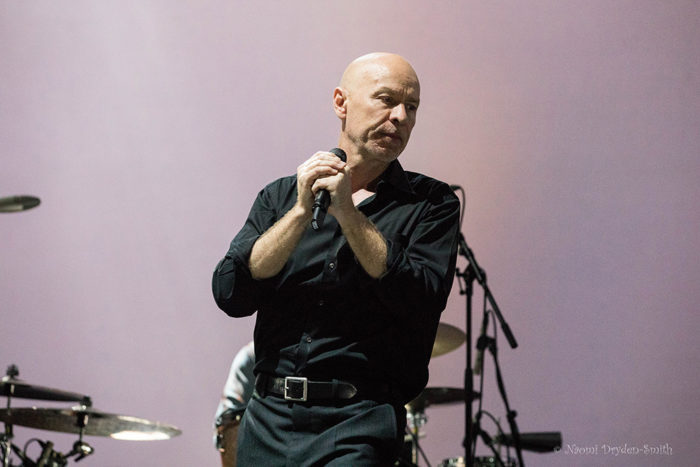 Photos by Naomi Dryden-Smith. You can find more of Naomi’s work for Louder Than War here, and she (occasionally) tweets as @nomeshome. Also on Facebook and Instagram. Naomi’s Photography portfolio can be found here

November 10, 2019
We use cookies to ensure that we give you the best experience on our website. If you continue to use this site we will assume that you are happy with it.Ok