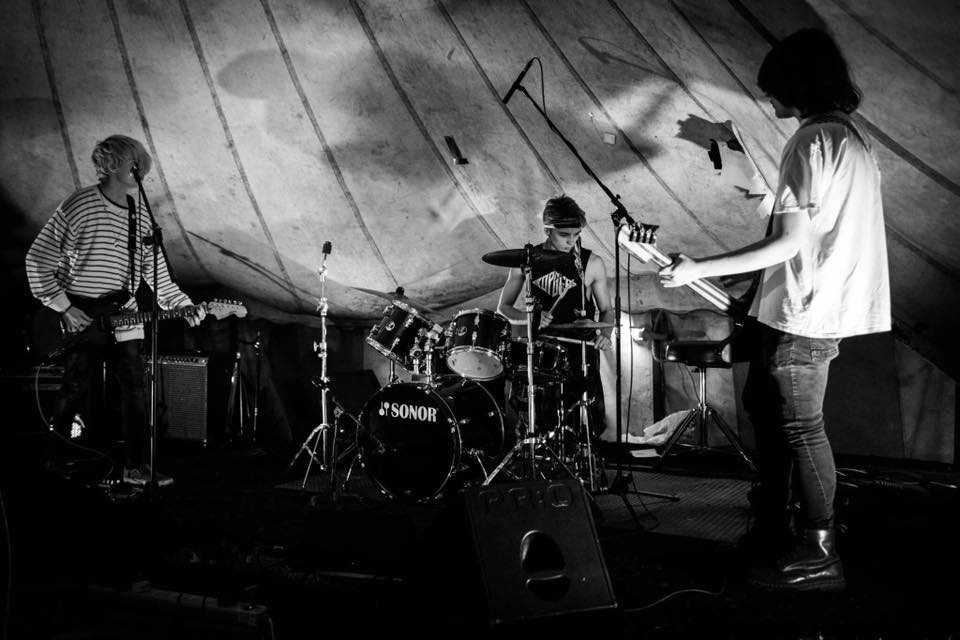 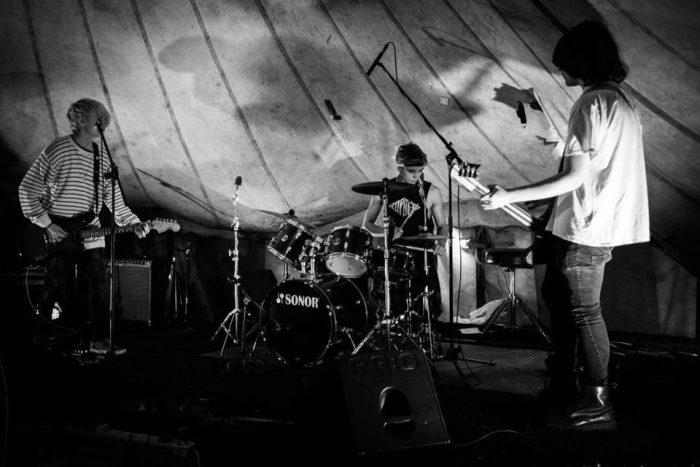 Bristling Bristol rock trio SKIN get right underneath the fingernails with their latest single, the grungy, introspective ‘Lucid’, which is out now.

The three-piece, led by the irrepressible Oscar ‘OJ’ Sault on vocals / guitar, have already gained a range of positive reviews for their brand of bullish, blistering guitar lashings, and on ‘Lucid’ they show a clear focus with a deliciously scuzzy centre.

The track is ushered in with propulsive, nimble drum work and two guitars – one uncertain and clean, the other firm and fizzy – that embark on an audible argument before settling down into a more introspective, but no less ominous, verse.

Carried by a watery, enigmatic guitar motif plucked straight from Kurt Cobain’s Jagstang, each trembling, treble-infused note adds a tremor of tension, before the distortion rears its ugly head for the chorus. An explosion of thick, fuzzed-up fury, Sault’s shout soars as he urges you to “say my name in your sleep”. It really is the stuff of nightmares.

SKIN have enjoyed previous success with their debut EP, which included the strutting, abrasive sneers of ‘Fall From Grace’ and the striking ruminations of ‘Snake Tongue’. With ‘Lucid’, though, there is a welcome sense of adventure and progression, even if it’s the sound of an abandoned Siamese twin crying in the attic.

You’ll be up all night after listening to this, but who needs sleep?