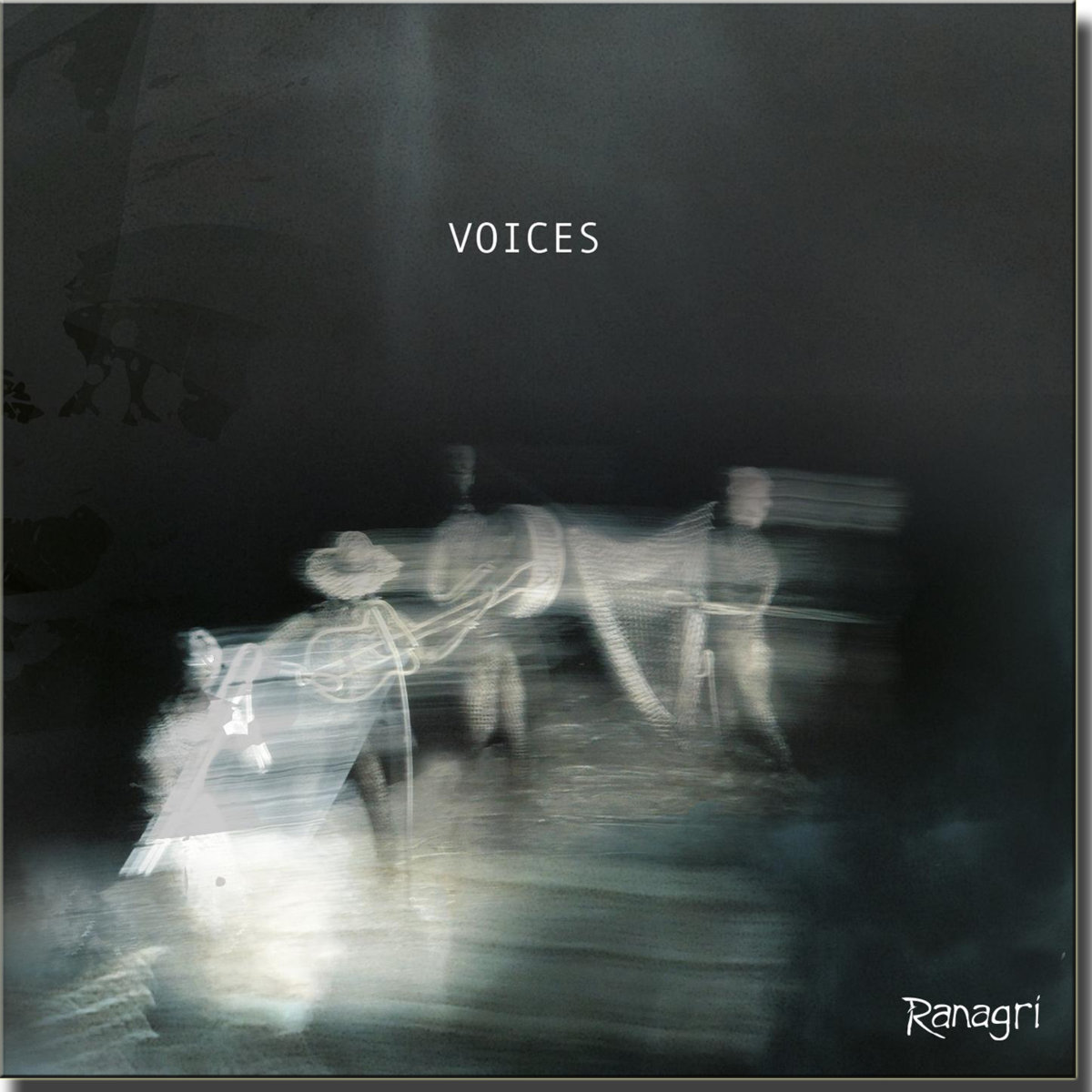 As far as folk bands go, Ranagri offer up something musically more in the direction of left field with the use of harp and bass flute – both of which add an originality yet some degree of familiarity and ensure that there remains  an innate folkiness about Ranagri. Their new album explores the traditional and beyond.

‘Voices’ also sees Ranagri  welcoming new boy Tad Sargent on bodhran and bouzouki adding to the rich musical variety, which on ‘Voices’ acts as a songwriting outlet for Donal Rogers as well as paying due homage to the traditional. Once again it sees Peter Gabriel’s Real World Studio playing host, as more and more from the folk field find the surroundings conducive to the organic nature of the genre.

The safety first ploy of kicking off the record with the traditional ‘High Germany’ proves a smart move.  Comparisons with acoustic  flute-y Tull are inevitable, Donal Rogers slipping into the sort of vocal line Ian Anderson no longer finds within range and since the demise of JT or at least the way they’ve morphed into solo Ian Anderson, it’s a thrill  to hear that acoustic/flute combo again. It’s not all flute and folk though; ‘Jon Boy’ developing into a bit of  salsa and shifting straight into Eliza Marshall and Jean Kelly’s ‘Idris’ – which Idris is unclear, yet the piece shimmers and drifts like clouds across the Welsh mountain Cadair Idris, the percussion pattering over the flute and harp rhythms. It’s the quality of Jean Kelly’s harp that provides an ethereal feel drifting across the music – not unlike the ghostly figures adorning the cover (from Phil Taylor’s long exposure photographic experiments)  while the band also generate  a  pastoral and tranquil feel – check the  rustic and organic ambience to the title track.

Aside from showcasing the Rogers songbook, ‘Voices’ peaks with a couple of full band compositions  – ‘The Rhythm Takes You Back’ (Tull meets Stornoway)  and the lively  instrumental ‘The Hare’. The latter,  a buoyant piece of music, that you’re unlikely to  hear anything more irresistible and more folky this year.  While they take a couple of traditional pieces and plant their own arrangement on them – ‘The Snow It Melts The Soonest’ is a haunting and ominous arrangement featuring some hammered dulcimer in there which gives a Russian flavour, the contrast with the melancholy  ‘Cold Shallow’ which could easily sit on an album by rock giants Elbow, confirms what a diverse collection ‘Voices’ is.

Diverse or whatever, the common factor is the  Irish / English combo of quality Celtic folk interplay – a band of skilled artisans working and weaving their threads into a musical patchwork.

You can see the Big Comfy Sessions performance of ‘You Can Do Better’ here: