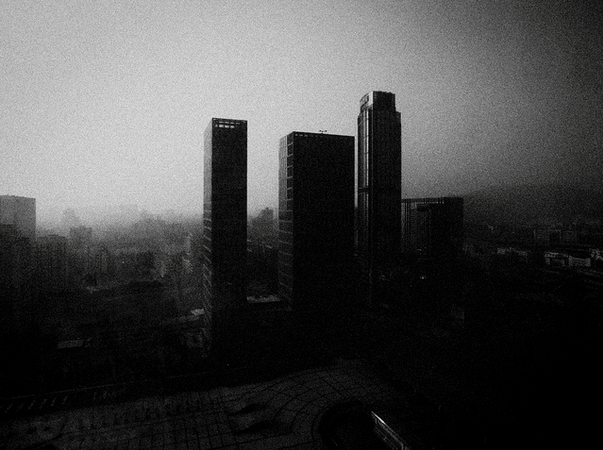 Made up of members of Barnsley’s musical elite, [retreat] are a local supergroup of sorts that are making waves in South Yorkshire and beyond. Louder Than War’s Jason White gives us more.

Over here in Barnsley, we are riding a musical peak right now, with a great number of talented new bands popping up all of the time. But when the guitarists from two of the town’s finest and arguably most important bands right now decided to collaborate on a new experimental music project, no one would have expected the results would be an electronic collage of ambient drones drenched in atmosphere; a soundscape of epic proportions. [retreat] is the brainchild of Sam Horton – he of socialist punk band The Hurriers and Lyndon Scarfe, guitarist and nob-twidler with The Black Lamps and formerly the keyboard player in the original line-up of Danse Society. It should be noted that Scarfe currently produces his own electronic and ambient music and remixes, including most recently, of The Hurriers.

As members of the their respective bands, they share not only the respect from a vast musical community and a legacy that includes a great number of other bands from Barnsley’s past but names that take inspiration from the social and political working class history of the town – 19th century child miners of a Barnsley village of Silkstone and a secret and illegal working class revolutionary group from Yorkshire. Their music is swamped in stories both historical and fantastic, of both the locale and in the case of the ‘Lamps, of somewhere often otherworldly and cinematic. Strands of these elements, but surprisingly not the guitars, appear throughout the expansive tracks produced under the monikor [retreat]. 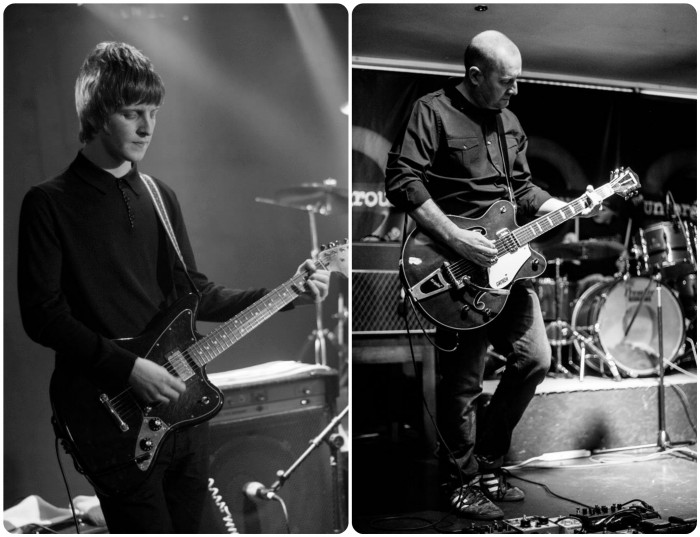 The bare bones of the two tracks on this debut EP comprise of samples, noise and field recordings by Sam Horton. These in turn are made flesh by both Horton and Scarfe’s loops, synthesizers and the latter’s mixing. The results are a magnificent tour de force. To really experience [retreat] at its best, you need to fully immerse yourself in the music – headphones, darkened room and shut all else out.

Opener ‘Ronald Davis’ is built around a moving account of life lived rough on the streets of Chicago and when his first uttered words arise from the death machine hum of synth, you are instantly reminded of the work of Godspeed You! Black Emperor. Ronald’s tales of pan handling and humiliation juxtaposed with the neo-noir sonic fall-out becomes a soundtrack to a dystopian film there never was.

Eight minutes in and the track morphs into a synthetic and almost weightless arpeggio; so very close to evaporating until the track eases itself into another, final length. Its last minutes are the sounds of chrome and glass and the only earthly reminders are the distant sounds of rain carrying the returning presence of Ronald. Twenty-one dark and heavy minutes of pure escapism.

Compared to Ronald Davis, Flux is light relief. Here the dread is dropped and replaced with astronomical synth washes, sky-climbing arpeggios and ghost-like voices, trapped in some futuristic, glacial-cold echo chamber, reminding me somewhat of Cocteau Twins’ Treasure or Brian Eno’s Music For Airports. And just as it fades out, it leaves you wanting more. Despite its cold and mechanical exterior, Flux is the fluffy heaven compered to Ronald Davis’ dirt-ground hell.

When I was first told about [retreat], I was eager to hear the results. I was already a big fan of Scarfe’s ambient drone works (check out Music For A Lost Film) and more so because I was already aware of Horton’s penchant for Doom Metal. I was excited to hear him bring the heavy. And he brought it.

[retreat] is heavy in a very subtle way, especially considering the lack of guitars. There’s an impending doom that lingers over the two tracks, broken up by cracks of light and a false sense of security. Like Godspeed You! Black Emperor, the music is a an imaginary soundtrack, part post-apocalyptic bad-lands and part Ballardian space odyssey. The atmosphere the duo have created is also reminiscent of the work of Mogwai and Explosions In The Sky. I really look forward to see where they go next. How heavy they can get without the guitars? I love the shift from dark to light and I’d love to see how far both ends can be pushed.

A Public Witness Program EP is now available to stream or download over at bandcamp.

All words by Jason White. More writing by Jason can be found on his website: alternativebarnsley.com. Keep up to date with his work also via Facebook and Twitter: @altbarnsley. His Louder Than War author’s archive is here.