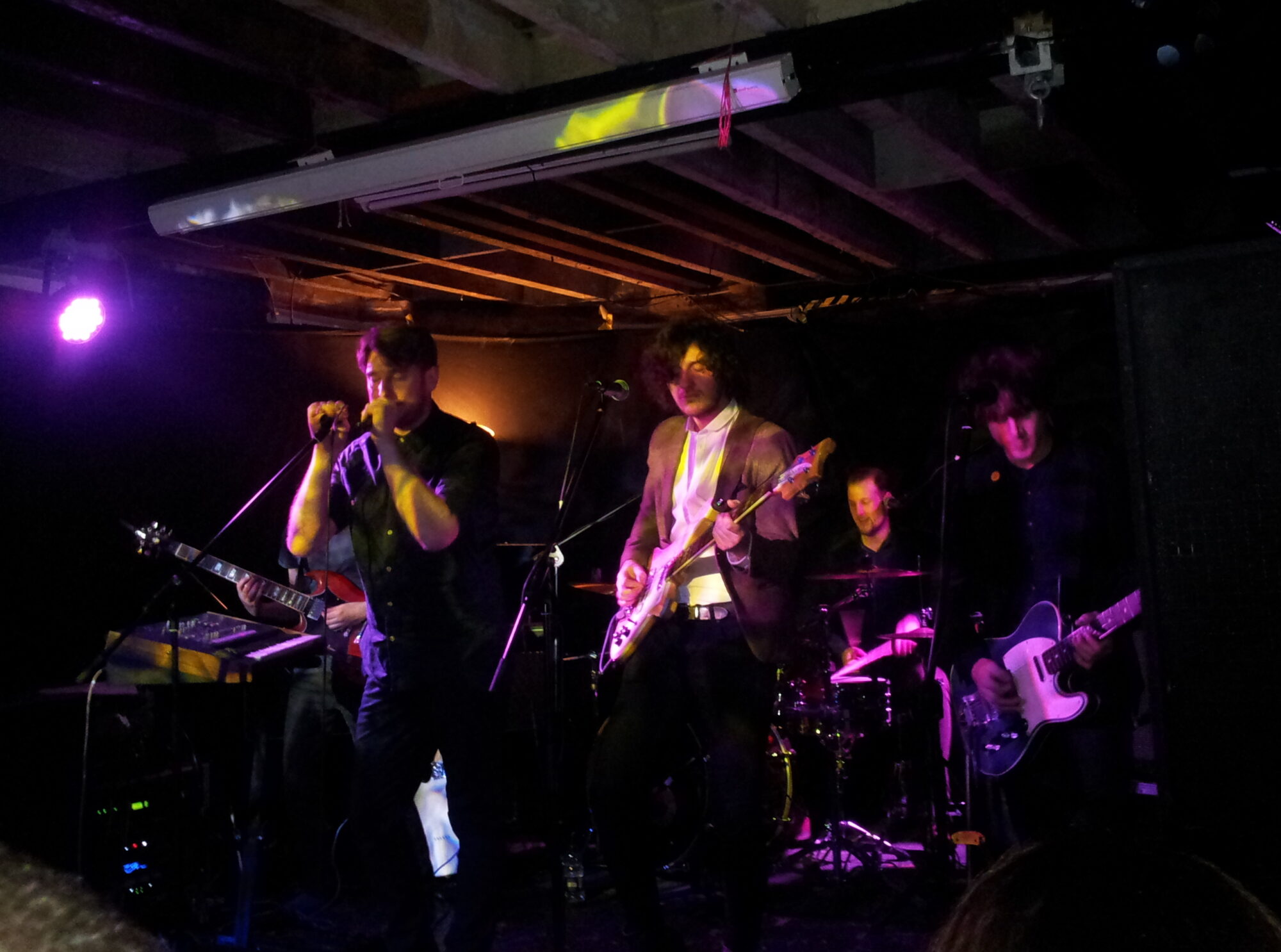 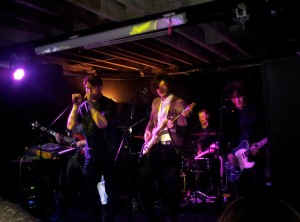 Mutineers’ self released 2010 debut album Friend, Lovers, Rivals boasted poetic lyrics, catchy guitars and the distinctive voice of Nicholas James Mallins. The charismatic Mancunian 5 piece are now set to release their first new single of 2014 with Love, It’s A Killer, the follow up to the brilliant stand alone track Tell Me Why put out last September. Currently on a mini promotional tour, Louder Than War’s Alana Turk went along to their hometown show to check them out.

A chatter of anticipation echoes around the modest yet busy room of Kraak Gallery. The background music fades away and Mutineers take the stage. Without a word, the band open their set with the anthemic Stick Together. There is an immediate welcoming from the crowd, as figures begin to sway and mouth along to the lyrics. The sound is spot on – powerful but not overwhelming as can be the case in smaller venues at times.

The band showcase superb energy during second track One Last Chance, which is reflected equally by the audience – particularly the ladies down the front who shimmy along to the grooving bass line. This song proves to be a good crowd pleaser, one that really sets the tone for the rest of the evening, as the infectious chorus provokes the first major singalong of the night. This vibrancy pervades into You Used To Be Okay, as frontman Nick Mallins holds out his mic allowing the fans to take control of the lyrics.

Debut album opening track, Infidelity, is met with pleasing recognition and strongly exhibits Mallins’ vocal capacity, as he unfalteringly controls the soaring melodies and clear, heartfelt vocals. Adding some new material into their set the boys play The Pleasure’s All Mine which features some superior trademark Mutineers vocal harmonies. Alone In Our Ideas exhibits the bands admirable talent, with all five members in perfect synchronization.

Not A Home, another new one, administers a layering of three eloquent guitar melodies, which proves to be truly captivating. The band themselves appear to be really getting into it – proud and eager to flaunt their new material. Their loyal fans are clearly very receptive and bodies bob up and down to the rhythm with great enthusiasm.

Tell Me Why invokes Mutineers’ best performance – and consequently seems the crowd favourite – of the night thus far. There is an enormous amount of energy and vibrancy in the room and enlightened faces throughout can be seen belting out the lyrics. These good vibes continue to surge through the venue for the duration of Shadow Kisses, provoking a mass singalong once more. Still musically tight, the band – and fans alike – seem to be enjoying themselves immensely.

“We would go off and come back for an encore but there’s nowhere to go, so this is the encore. I’m going to sing you a sea shanty because I think it’s cool.”

And cool is exactly what it is. Boys From A Shipwreck supplies a nice little insert before the band begin to draw a close to the proceedings with two of their finest works.

New single, Love It’s A Killer, once again embraces the band’s trademark vocal harmonies and has the crowd passionately singing along in no time. Chiming, yet punchy, guitar riffs and catchy melodies send the fans into a contagious fever of mirroring excitement and energy. Album finale Hyde Road provides a climactic build up and epic vocal unison from both band and audience. “That’s it Manchester!” Mallins exclaims before one final chorus – a rousing ending to an exhilarating set.

The Last Poets: Band On The Wall, Manchester – live review

Watch this! An introduction to Officer