Home Music Reviews Album Reviews The Sudden Death of Stars: All Unrevealed Parts Of The Unknown... 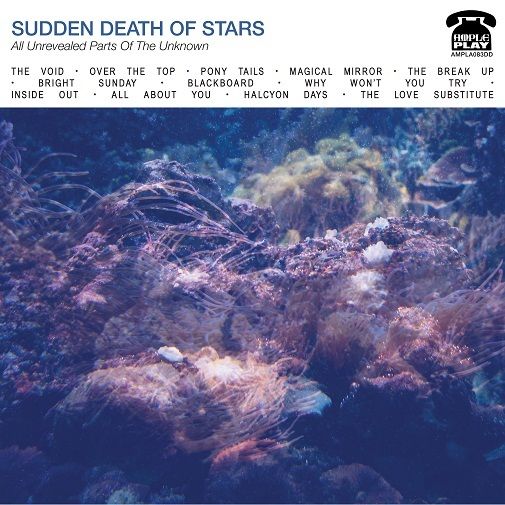 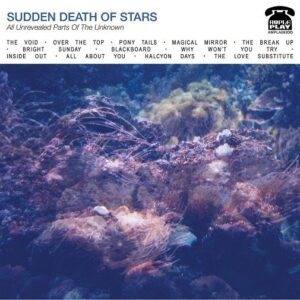 OK. Let’s get all the unpleasant business out of the way first. The album that is about to be critiqued in the following words, sentences and paragraphs is retro in sound. It trades on the late ’60s sound of psychedelia. It soundtracks the transition from black mohair suits and black ties to blue velvet and paisley cravats. It heralds the evolution of technology, satellites and the space race and it prefers its intoxicating medicines to be hallucinogenic rather than performance enhancing.

Right, so, we’re all clear. If you have a problem with mining the past for inspiration, gorgeous jangling guitars, chiming sitars and back beats then avert your eyes now – because there is no point in you further wasting your time with this review of The Sudden Death of Stars’ All Unrevealed Parts of the Unknown. You may return to your bedroom to listen to Kid A.

For those still with us through the process of elimination, then welcome. You shall not be disappointed by the coming fare.

This record is like being seduced by an older woman who you know was a belter in her younger years. She’s lived her life to the full. Her promiscuity is a badge of honour from a better time – a time of experimentation rather than mimicry. Guitar rock has become boring and predictable. Mainstream rock bands like Kings of Leon, The Killers et al are now part of the establishment and have little more to say. The Stars approach is refreshing in that they don’t give a damn; they are doing their own thing.

The vocals are muffled in the mix (not a bad thing); the drums and guitars are right at the fore creating a goody bag mix of sound that is alive and very, very real – as opposed to overproduced nonsense and empty bluster.

The Void is a meandering dreamscape dripping with colour and invention. There’s swirling Hammond organ and beautifully delivered harmonies. It’s far out. Over the Top is exactly that; a beat number with crazy guitar runs and a dashing rhythm. Pony Tails winks at the mid-sixties Who while Blackboard will absolutely blow your head off. It sounds like the demented scene music of an off kilter independent horror spoof, while Why Won’t You Try has an element of late Small Faces about it.

There are very few bands that pull of an authentic ’60s sound without sounding contrived or like regressed nostalgiasts from the tribute scene. The Coral did it in recent times and Tame Impala are taking psych-rock to new levels. There’s meat on these bones too. There are tunes here that will get you excited, despite their sideways glance at the past, through their sense of psychedelic frivolity. Retro is no longer a curse word. Summer is coming and you’ll be happy this record is in your life.