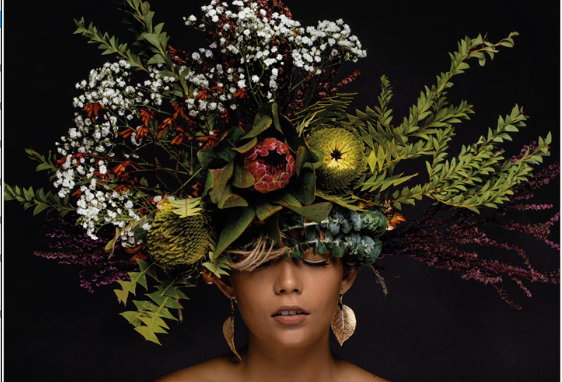 BBC 6 Music freelance producer and music journalist Louise Mason spent time living in Melbourne and has brought her musical discoveries back to Manchester, where she presents a monthly show on Reform Radio called ‘The Flip Side’. Here, she shares some favourite discoveries.

If the last three months can be summed up in a word what would you say? It has certainly been a rollercoaster ride. In her speech to graduates this month, Michelle Obama’s first lesson was “life will always be uncertain”. And she isn’t wrong of course. We just have to navigate it as best we can and right now that means getting through a global pandemic but also, following the killing of George Floyd in Minneapolis, confronting so much more; uncomfortable truths about ourselves and the society we live in. If nothing else, and if the last few weeks is anything to go by, perhaps we will emerge from lockdown having learnt a lot, with new understanding and awareness, a changed society in more ways than one. Let’s hope so. But I am also fully aware that just hoping won’t get us anywhere.

Australia is such a fertile ground for music and there is so much talent to talk about but given the Black Lives Matter protests, it’s their voices that need to be amplified. In Australia, the movement has also drawn attention to the treatment of indigenous communities. To that end, I would like to share some black and First Nations artists from the Australian music scene whose music and words speak for themselves.

Released in March together with “In Your Eyes”. Melbourne’s Baro Sura works here with Silent Jay on production and vocals, and Remi who brings his distinctive rapping from the second verse (each have their own fantastic releases that you should check out too, so three artist suggestions from this song). The song takes you on a journey combining piano with a punchy hip hop beat, eventually repeatedly asking “What’s wrong with this world today?” The lyrics do the talking.

Kaiit is a neo soul goddess, based in Melbourne who has opened for The Internet and Aloe Black. I heard Kaiit live first when I arrived in Melbourne back in January 2018. Singing her  contagious single ‘Natural woman’ in a tiny radio studio, I thought “who is that”? What an energy she has! Rightly so, she has gone on to receive an ARIA for this single ‘Miss Shiney’ and amassed millions of streams on Spotify of her infectious soul music. Accepting the ARIA, Kaiit said she wants to use her position as an Aboriginal woman to “send messages of guidance” through her music. She said “Look at what I can do as a person of colour and in this industry… and with the impact I can make … with my words.”

If you’re a fan of Lianne La Havas I’m going to guess you will enjoy Kee’ahn’s style. Her name comes from the Wik people and means to dance, to sing, to play. Aboriginal and Torres Strait Islander (specifically a proud Gugu Yalanji, Jirrbal and Zenadth islander), Kee’ahn has been performing around Melbourne for over a year having moved from North Queensland. She has just released this debut which she says is about “looking towards the future and having hope”. Taken from her forthcoming album “In Full Bloom”, Kee’ahn has described how she wants to empower herself through music. The new single is released with support from Homelands, a collective of young and established First Nations artists.

Sampa The Great, a Zambian born, Botswana raised, Melbourne based rapper, could not be left off this list as one of the most celebrated black artists coming out of the Australian music scene right now. On Saturday, she performed to a large crowd of Black Lives Matter protesters in Melbourne, giving renditions of ‘Final Form’ and ‘Freedom’ with her younger sister Mwanje. Beforehand, Sampa spoke passionately about her experience and solidarity with First Nations and black people all over the world. You can watch her speech here on Instagram.

Zimbabwean born and Melbourne based singer-songwriter, Thando, is a powerhouse with an incredible vocal talent. Last year she released this track ‘Gag Order’ about which she said, “I intended for this song to be an anthem for the misfits of the world; for anyone who’s ever had to dull their shine to make others comfortable. Especially those who are misfits in a space they’re meant to claim ownership of.”

There are of course many more black and First Nations artists to celebrate in Australia and the world. This is just a handful who I admire based down under. Many artists have also shared useful resources on how to help, here’s some, shared by those who know more:

Louise’s show ‘The Flip Side’ celebrates new alternative music from around the world with a soft spot for Australia. You can listen to episodes on Reform Radio here.