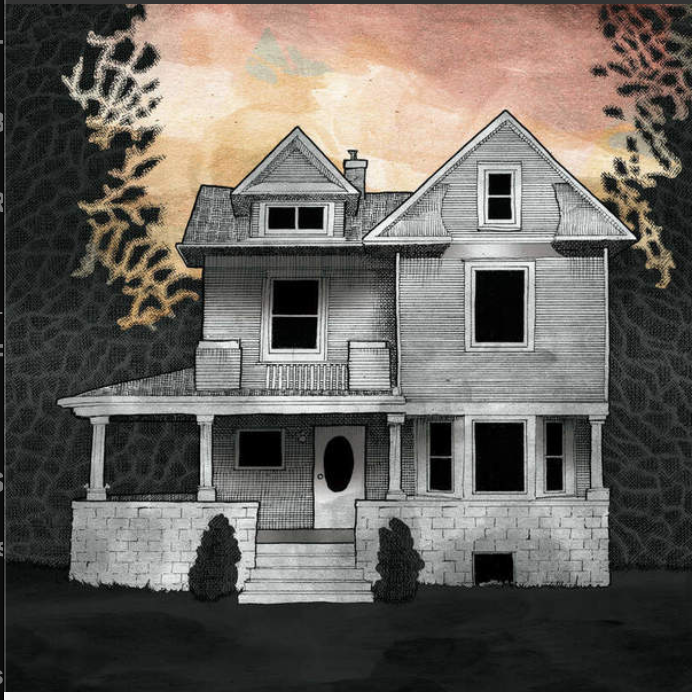 This is a fascinating excursion by king noisenik Steve Albini and friends.

A sparse, scraping, wheezing soundtrack to a horror film that is full of dread dynamics, spectral tension and wheezing atmospherics from Albini’s guitar along with the cello and a baritone guitar.

The film soundtrack is a spooked and sparse honed down affair with cello player Alison Chesley really adding the tension that is full of taut atmospheres that are perfect dark matter movie music but also mirror these fraught and edgy times.

When Travis Stevens was making his horror film, he asked Albini to score it and since Steve was new to this discipline he invited Alison , a cellist and frequent opener for Shellac, and Midyett, who plays bass and 12-string baritone guitar, to join him on the recording. The trio perfectly understands the power of silence, the edginess of dynamics and the power of sudden sound skree.

Utilising interesting timings, scraping drones from the cello and Albini’s idiosyncratic guitar that on one track scratches and scrapes around one of his idiosyncratic guitar figures that spellbind and hypnotise whilst you get the fear. This album is an astonishing work that has the right amount of creepiness and edginess to make you want to match it to the film and is the perfect next step for Steve Albini from the increasingly taut and sparse Shellac records.