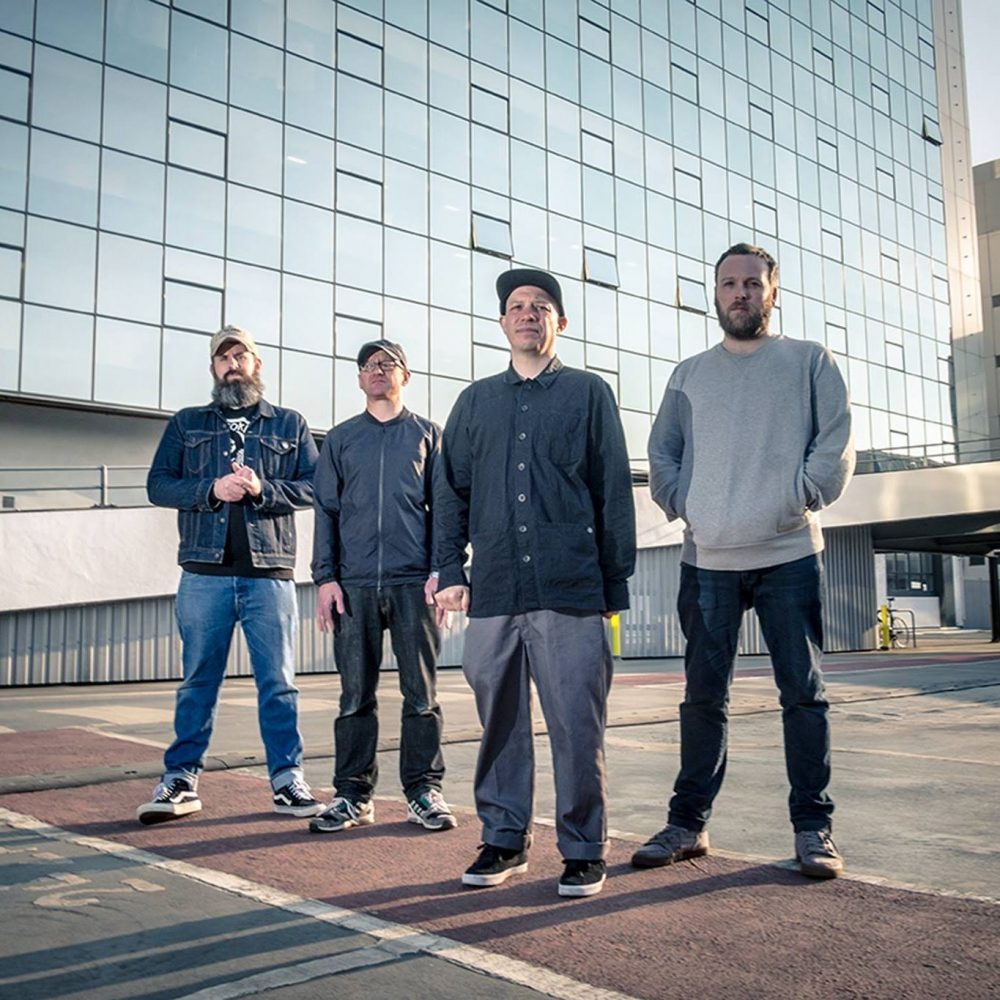 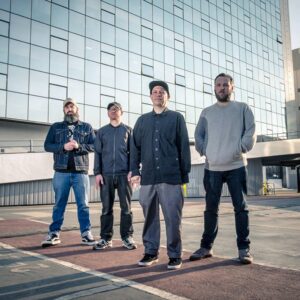 An incredible show from the undoubted kings of post rock, tonight Mogwai take Newcastle by storm with an astounding set!

Following on from the release of Every Country’s Sun last year Mogwai shows have been particularly sparse in the UK, so tonight there is a rather expectant and excited mood filling the air. First up though are Out Lines a trio comprising of Twilight Sad front man James Graham, producer Marcus Mackay and Kathryn Joseph. They released their debut album Conflats at the end of last year, which is a record inspired by users of Platform which is an arts and community space in Easterhouse in Glasgow.

They’ve taken interviews from the people who use Platform and turned them into these incredibly dark and morose songs. Tonight the power and the angst is drawn from these tracks, almost more suited to the live arena than on record as Mackay and Joseph change instruments every song Graham remaining behind his keyboard throughout, his typical drawl ever present but complemented by the sweeter tones of Joseph.

Whilst Conflats is undoubtedly an under appreciated record, live Out Lines are an even more exciting prospect. Despite the hustle and bustle of this huge room they manage to captivate everyone in their short set, it sets the bar exceptionally high for Mogwai. However, Mogwai do not shy away from this challenge, opening with Crossing The Road Material there are no doubts that this is going to be an intense set. As they quickly follow it with I’m Jim Morrison, I’m Dead, their set really comes alive with Party In The Dark as Stuart Braithwaite provides vocals on this more psychedelic track from Every Country’s Sun.

This is the only blast of vocals though as the band have their heads down from now on, a rare thank you is all that is left to be heard. Instead allowing copious riffs and thunderous drums to do the talking. Every track another soaring soundscape, a heady mix of old and new. The title track Every Country’s Sun is out of this world, we find our attention regularly drawn to the incredible production perfectly timed to every track it is a fully immersive experience.

Don’t Believe The Fife and Rano Pano are personal favourites, but no track truly epitomises Mogwai like Mogwai Fear Satan. No matter how many times you hear it this behemoth of a track will always creep upon you and tonight it does exactly that, the whole crowd visibly jolts as the track kicks in. They close their set with Old Poisons before returning to rapturous reception to play I Know You Are But What Am I? and We’re No Here to cap off an epic set.

Undoubted kings of post rock Mogwai continually experiment and keep everyone on their toes as they branch out further. Tonight they prove that and this set is nothing short of astounding from the huge production to the copious riffs, thunderous basslines and powerful synths.