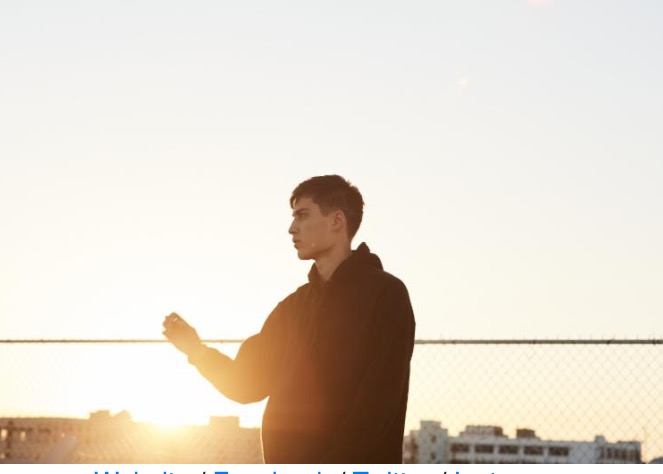 Dublin based artist, singer/songwriter, producer and multi-instrumentalist EDEN, has released his much-anticipated debut album on January 19, via Astralwerks. He is currently preparing for a massive North American tour beginning March 1, with many dates already sold out. Along with the album also premiered was his video entitled “Float”. 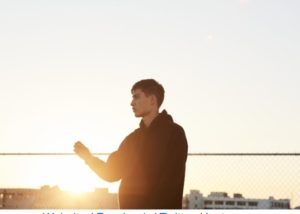 The album is a powerful and passionate, compelling mix of brilliant vocals, relevant subjects and vibrant music. His first US tour was immediately sold out after he cultivated a large online audience following the release of his debut EP in August 2015. He was able to accumulate 145 million streams between his two EP’s.

I shared questions and answers with EDEN about his captivating music, his producing skills, and his love and fascination for music…

Louder Than War: What inspires your lyrics and melodies?

It all comes from whatever I’m thinking about.  Whether that’s a feeling or a memory; whatever is on my mind is what inspires me.  I guess I use writing as a way to figure things out or to come to terms with the ups and downs in life; to untangle myself a little.

You produce your own music and videos; do you feel like you were destined to be a part of the music scene and create?

In a weird way, I did.  Growing up I always imagined that I would somehow end up being a musician professionally.  I wasn’t really sure how, or at what point in my life it would happen, but I had a feeling.  I am just really glad it has turned out the way it has.  I get to create exactly what I want to create and have people around me that support it.  Wouldn’t change a thing.

Is there a specific message that you wish to get out there with your new release?

Not particularly.  I didn’t write any of this for people to get a specific feeling or idea from it.  That might end up being the case but it wasn’t the purpose.  I was just trying to express myself and create something that felt honest, exciting and that resonated with me.  But if there is a moral to the story it’s probably that its ok.  No matter what is or isn’t going on, its ok.  Nothing is insurmountable, and there is nothing you can’t move on from.  Most things are never really as good or bad as they seem.

You’ve been touring for a while; can you describe your connection to the audience while performing live?

From the very first seconds of my first ever show it has been pretty surreal.  I had never played a show until March 2016, and the very first verse of music I played was sung back to me by everyone in a sold- out room.  That was crazy.  And it has been that way ever since then.

If you could have your ultimate musical stage fantasy, what would you need to happen?

I actually won’t say.  I have an idea I’m really passionate about, but unfortunately am just not in a place to be able to make it happen.  So I’m just going to save it for the future.

Who were your musical influences while you were growing up?

When I was quite young I was obsessed with Michael Jackson and Queen.  I used to sit outside in the garden and sing along to their songs for hours.  But as I grew up I had a lot of musical obsessions, from boy bands when I was really young, to hip hop, to classic rock, to metal bands, to EDM and R&B.  I tend to really deep dive into genres, and then when I have explored most parts I like and they feel less new slowly backtrack out again.

How personal is your new release?

This album is really introspective.  It’s really weird to finally be releasing something that means so much to me, but also as an album that I have worked on alone for years its strange knowing it is now out there for the world to see.  Exciting, terrifying, and cathartic all at the same time.

Thank you, much love!