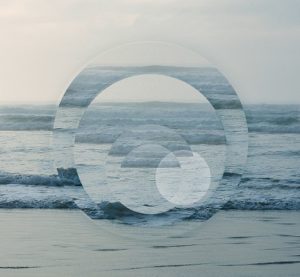 This is a brave and interesting album if ever I heard one. Two tracks, one per side, spanning thirty minutes in total. It would appear from the outset to be a bit prog-something and possibly it is, but its prog-something of the good kind!

Track one, The Clear Realization opens with a thundering drum. Take away the percussion and you’d probably be left with a drone track of sorts. Some almost choir sounding vocals join the fray for a while whilst the drums pound and pound and pound. The voices are subtle but essential in breaking down the track with its two drum sets and two bongo sets, creating fascinating Burundi beats.

Man Forever, headed by Kid Millions (John Colpitts) whose work with other performers includes Spiritualized, Oneida and People Of The North, it is his collaboration with So Percussion that is particularly provoking. Billed as the “premiere contemporary percussion ensemble” in America, So Percussion joined Colpitts to record a startlingly original piece of both interesting quality and hidden power.

Where the album comes into its own is when the instruments operate in a different time lapse to the main tempo, the end result is both powerful and innovative. Ryonen spans side two at eighteen minutes and is less organised than its predecessor. More anarchic and less structured, the drums hit each other and create their own resonance, listen closely and you can hear it under the main structure.

Make no mistake, Ryonen isn’t easy listening, in fact it can be particularly challenging at times, but it’s one of those albums that gives you something different. It’s certainly early morning wake up material if nothing else and whilst the initial thought isn’t appealing, it is something that any discerning music fan should listen to at least once.

As the drums on Ryonen merge with more light vocals you can’t help but imagine a man drumming for his life on stage or in the studio. It’s an original album and at times compelling to say the least.