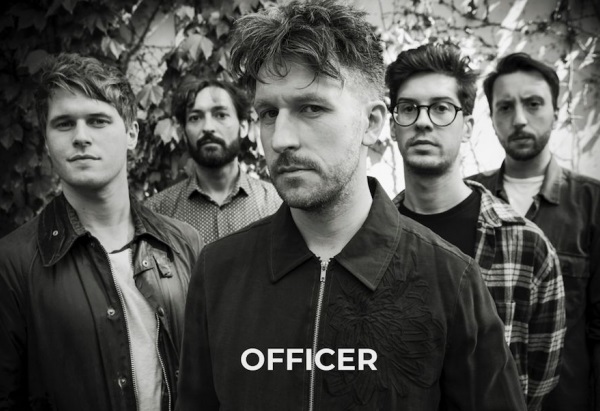 Tilt The Clox is OFFICER, aka Dc Logan, it is a politically laden song borne out of Logan’s many years experience directing frontline services to London’s most excluded and vulnerable people. It spits on our spectacle of self-interested, short-termist, post-truth political class politics for entrapping individuals, communities and environments by cutting them off from real opportunities for hope, change, connection and growth. You get the feeling it is also a fierce, cathartic release and cry for justice for Logan; a song you could half imagine he first sang into his own fist emerging from the boardrooms of city council offices.

Tilt The Clox is a melodically infectious, beat-soaring, politically-charged suckerpunch anthem for our times. You get an inkling of the Joe’s here – the looming ghost of Strummer, the satire of Talbot. We will continue to see this song setting venues alight for years to come’ – M. Knight, Right Chord Music.

Tilt The Clox refers to the October ritual of putting our clocks back that traditionally marks the close of summer. The narrative follows an amplified character running out of time, caught in denial of the consequences of their mistakes as they frantically run from pillar to post tilting clocks in a desperate but comical attempt to return to the innocence before disaster.

Tilt The Clox displays so well Logan’s powerful, almost Dylan-like, lyrical finesse, where even within any of the deliberate ambiguity you uncover a dark and biting challenge in bed with a powerful transcendent off-cut of actual hope. The song ends with an upwards, spiralling out of control, melodic choral soar as he wails ‘Oh december / All the horrors / Are forgotten / And enveloped’ and you’re left wondering within yourself whether it’s leading you to a place of being disgusted by our forgetfulness on the issues of our life and times, or filled with an overwhelming hope that there is, upon the horizon, something coming beyond the existing chaotic, evasive and destructive emergency the world is caught up in.