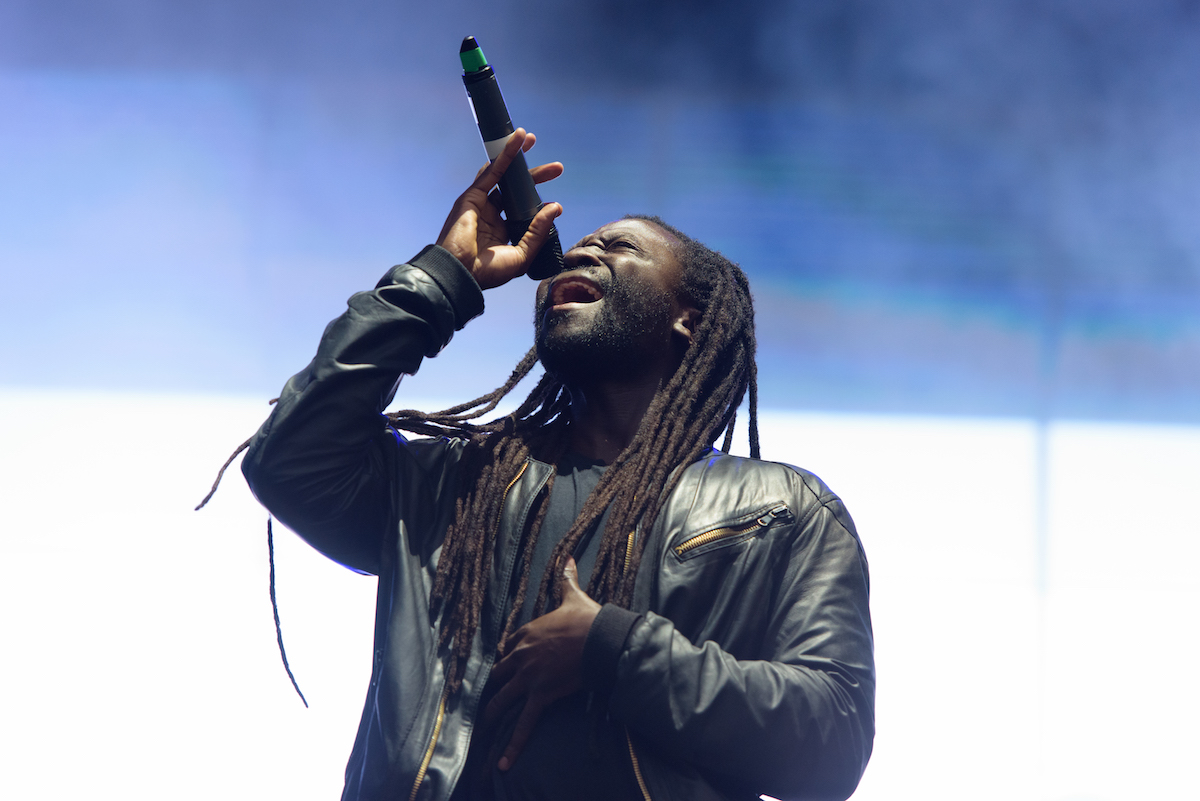 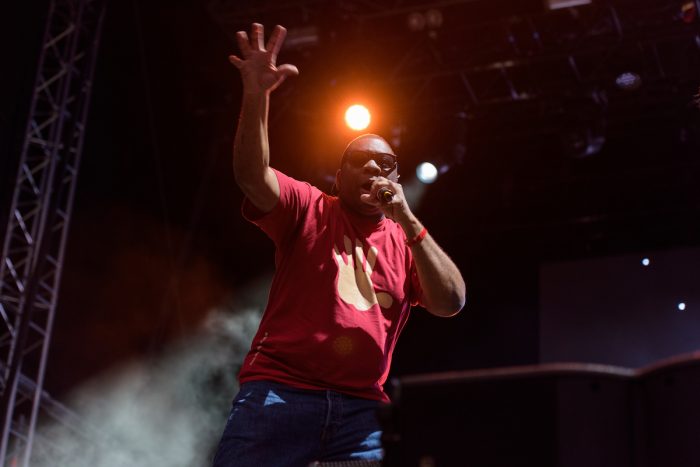 Leftism is a truly classic album and tonight it is allowed to shine in all of it’s true glory with an incredible live show!

Leftism is noted as one of the most influential dance music records of all time and rightfully so, Leftfield’s current tour has seen them take their live show to venues across the country. However, the opportunity to see them outdoors on a summers evening for us is an even bigger draw. Throw in the finest DJ duo the North East has to offer and a legend in his own right of the house scene and tonight has the makings of the perfect evening.

People Get Real’s upbeat set, sets the tone of the evening perfectly with early arrivals benefitting from the pairs’ disco grooves. Tiga continued in a similar vein with deep tracks forming the backbone of his early set, his set was quick to progress and gathered pace as the crowd grew. Glitch electronic beats filling the night air as short blasts of rain momentarily attempted to kill the mood.

As Tiga’s set builds to a crescendo there is a slight lull in proceedings as the crew change over in anticipation of Leftfield’s set. The crowd continuing to filter in, the atmosphere builds and the lights dim as Leftfield take to the stage. Adam Wren and Neil Barnes are set right back as a cast of singers take the front of the stage for each track. First up it’s the turn of Earl Sixteen who is later joined by a Cheshire Cat for a rabble rousing rendition of Release The Pressure.

Their set feels particularly turbulent going from the brilliant Afro-Left with Djum Djum, to the blissed out Melt. Black Flute and Space Shanty foster similar vibes. There is no getting past how incredible these tracks still are though. Hearing them played live in such an impressive setting helps you forget the fleeting blasts of rain, the latter part of the set is by far the most impressive though with Inspection (Check One) riling the crowd up perfectly.

The impressive visuals take over during Open Up, before closing out on the brilliant 21st Century Poem. For an album steeped in so much history, these renditions of the full tracks in all their glory are absolutely exceptional. The production, the visuals and the sound all adding to that. Tonight Leftfield put on an outstanding show as they eclipsed everything that went before them in this wonderful venue. This is just the start of things to come at this years Live From Times Square!