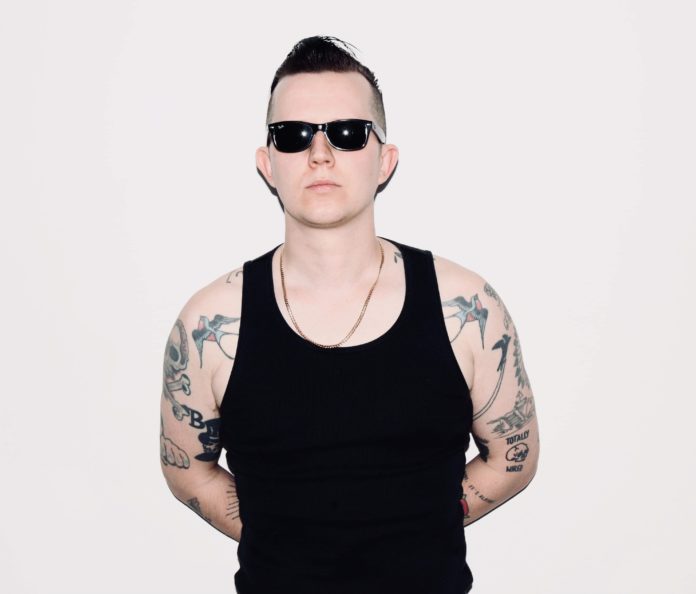 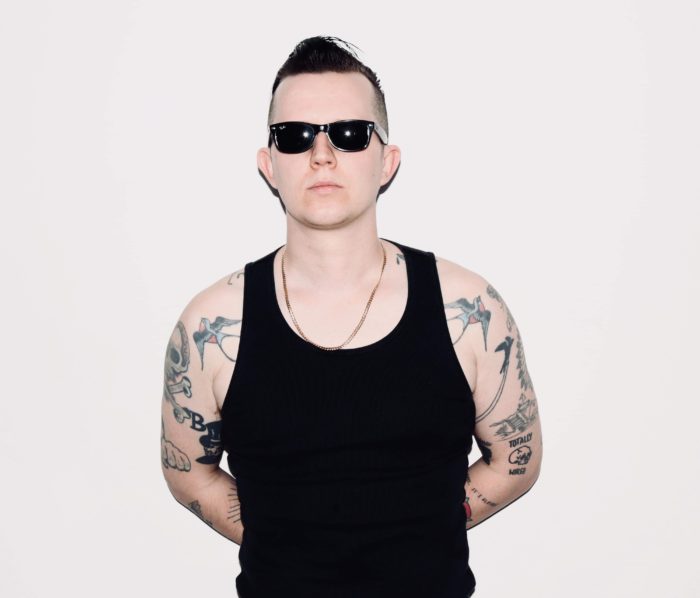 Ahead of its release this Friday we have the exclusive for the sharp, scathing new single from Manchester’s Leather Party. Oozing rowdy glam sensibilities, the sizzling quick-fire lo-fi nugget hits home with its chorus of “I don’t give a shit about your band”… which is probably fair enough, I think we’ve all been there.

Mastermind and multi-instrumentalist Mark Vernon tells us that “‘Your band’ is about talking with and dealing other musicians who don’t care about anyone else’s project but their own, they don’t go to anyone’s shows but their own and won’t lift a finger to help anyone else. We all know a band or two like that. So it’s for them.”

Reminiscent of Suicide or Dirty Beaches, the track preludes their ‘Images of Gianfranco’ out next month, a record born out of frustration that all Zola goal complications on Youtube have the worst soundtracks. “I wanted to write my own soundtrack, I felt Zola deserved better. He is a true craftsman. Thing is, I don’t even like football.”

Leather Party was formed in a murky studio in deepest darkest Salford by Vernon, previous leader of noiseniks Brown Brogues and leather clad peacocks Peace and Love Barbershop Muhammad Ali. Born from a love of abrasive new sounds and studio experimentation as un-googleable names, the new band takes heavy influences from such artists as Velvet Underground, Nine Inch Nails, The Birthday Party and The Stooges.

In one short year they’ve released two online EPs ‘Tired Ize’ and ‘Three Hundred and Eighty Eight’ and racked up many support slots all over the country with such bands Kid Congo and the Pink Monkey Birds, The Mystery Lights, Crows and Maddonatron.