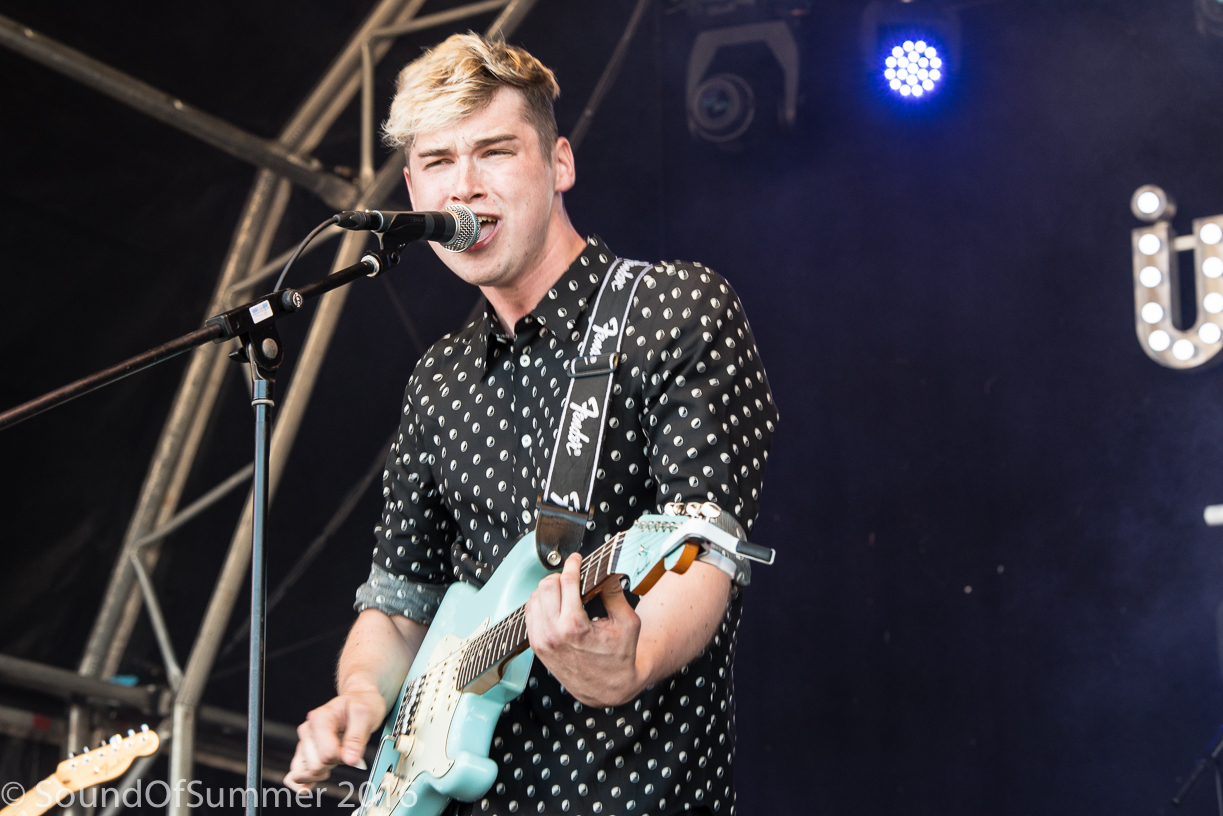 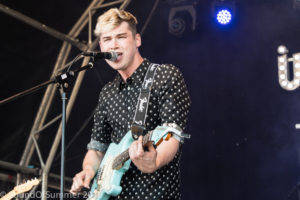 New Band Of The Day

Bolton’s Jordan Allen is creating quite a stir on the UK Indie scene and is drawing comparisons with the blues influenced Indie of Jake Bugg.  Alan Ewart checked the band out at this years Reading Festival.

One of the joys of big music festivals like Reading are the opportunities you are afforded to check out new bands that are drawing a grassroots buzz.  One such artist is Bolton’s Jordan Allen who is flying the flag for fresh new music from the North West of England. BBC introducing have for years been associated with putting on the best newcomers at Reading and Leeds and further afield and it was on the introducing stage that I checked out Jordan Allen and his band.

Jordan Allen were hand-picked for a coveted slot on the BBC Introducing Stage by Radio 1’s own new music mogul, Huw Stephens).  The four piece, saw off stiff competition from hopeful acts all over the UK as they bagged themselves a place on the line up of this famous festival fixture.

Jordan Allen has said that he has dreamt about playing Reading and Leeds for five-years and making a dream come true they were determined to make the most of a golden opportunity to win over new fans.

Following rapturously received sets at this year’s Dot To Dot and Great Escape Festivals, Jordan Allen threw everything into his Reading festival opportunity.  It was apparent the the buzz around Jordan Allen is spreading like wildfire because there was a large crowd present when they took the stage.  Situated as it is between the MainStage and the Radio 1/NME stage the BBC introducing stage is somewhere that many people enjoy spending a few minutes at before moving to one of the big name acts elsewhere.  This can mean that the crowd is a transient one but that was far from the case for this set and the crowd swelled as the set progressed.

New single “Too Much Too Soon”, was the centre piece of Jordan Allen’s set.  Recorded during sessions laid down in Peter Gabriel’s Real World Studios in late 2015 it is a tale of unrequited love song,  21 year old Jordan Allen utilises deft lyrical prowess and wisdom beyond his years to capture the essence of an age old dilemma.

“’Too Much Too Soon’ is about reflecting on the naivety of how easy it is to fall head over heels when you’re young. Being completely unaware of how young I was and how none of it really mattered I did some ridiculous stuff, sent flowers, wrote poems, wrote songs and none of it worked – (Too Much To Soon) if I had my life experience that I have now and played it cool, things might have been different”. 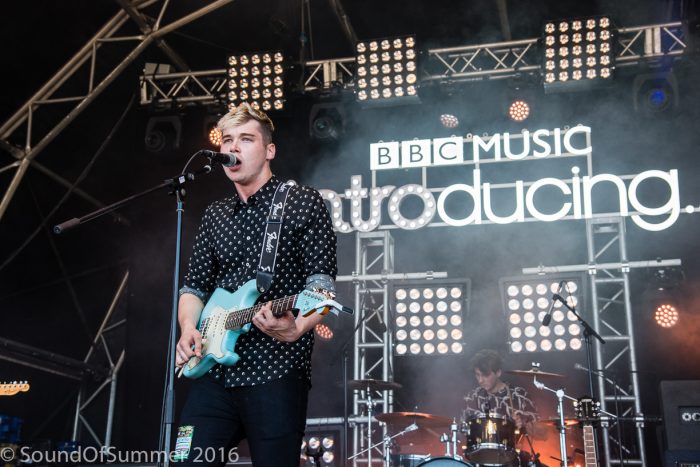 Even The Stars captures some of the feel of Jordan Allen’s music when they write that:

“Intelligent, articulate lyrics laced with an ascerbic wit observing people and situations around them married to robust tunes that already show a rich diversity of sound.”

There is no doubt that Allen is a keen observer of people and life, his witty lyrics will have you smiling at the irony and wondering how we ever arrived in the place he describes.  “Rich and Famous” shows Allen’s vocals delivered in a style reminiscent of Arctic Monkeys Alex Turner as his acerbic lyrics reflect on the vagaries of the rich and famous’s sense of entitlement.

Jordan Allen’s music is full of hooks and the lyrics are absorbing.  There is little doubt in my mind that with just a little luck on their side Jordan Allen and his band can achieve the same sort of exposure as that enjoyed by Bugg and Arctic Monkey’s, the bands they draw frequent comparison with.