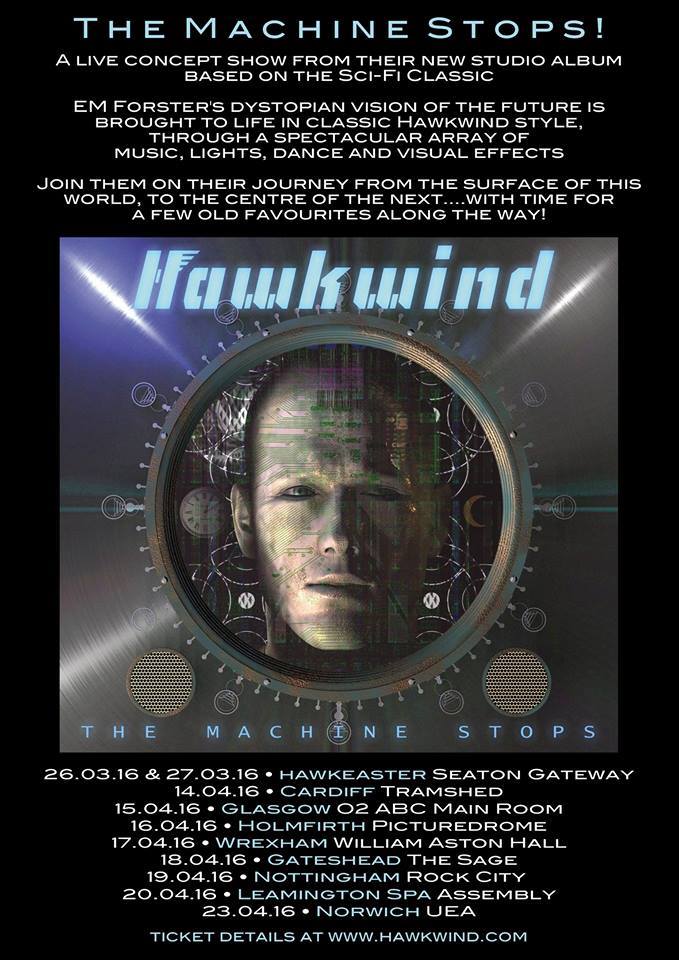 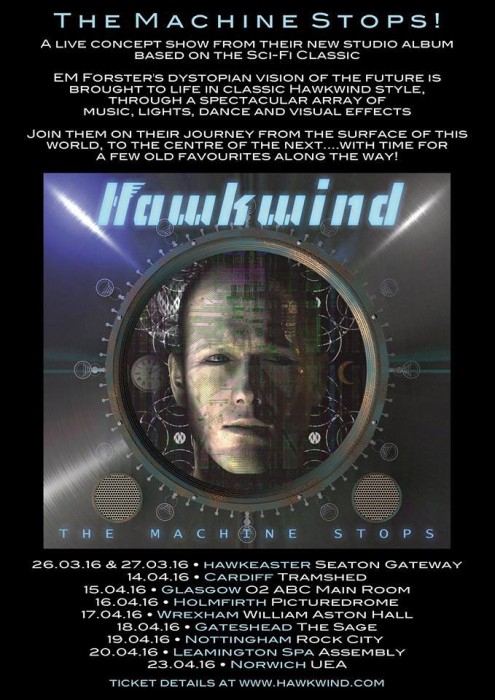 The eternal legends Hawkwind have announced a spring tour.
The run of dates is a live concept show from their new studio album based on the sic fi classic EM Forster’s dystopian vision of the future and is ‘brought to life in classic Hawkwind style through  spectacular array of music, lights, dance and visual effects…with time for a few old favourites along the way…’
Tickets available from here
Dates confirmed so far:
Sat 26th March – Seaton Devon, HawkEaster at the Gateway