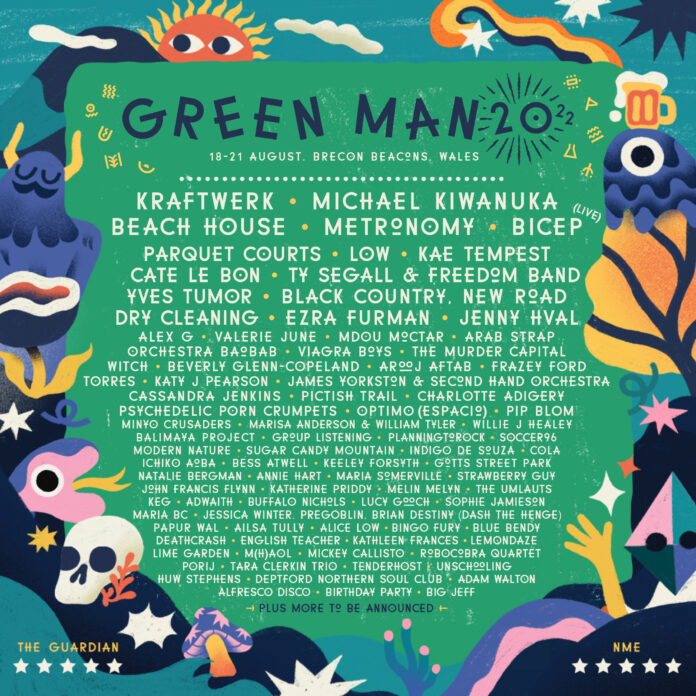 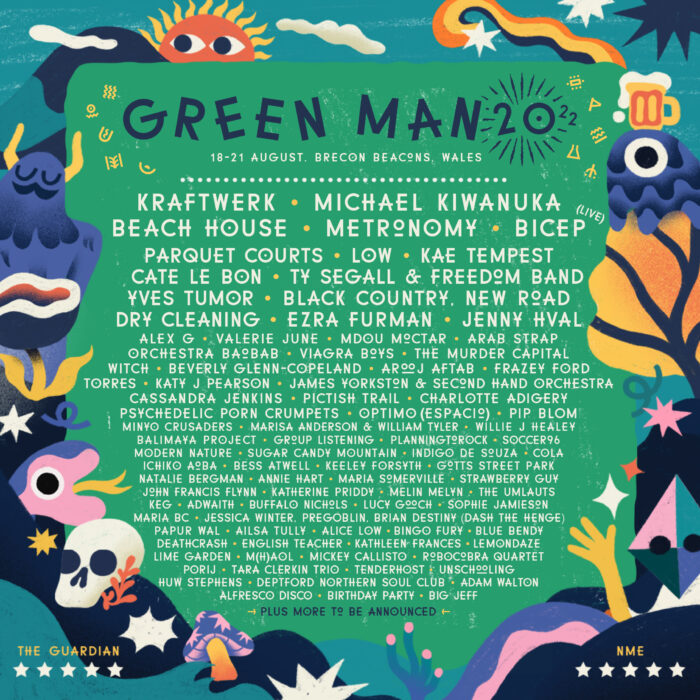 Announcing a slew of tantalising musical acts for its 2022 instalment, Green Man is set to celebrate its 20th birthday in style. It’s a line-up that manages to include something for everyone – ranging from well-loved alt-rock titans to up-and-coming stars.

Headlining the festival this year is acclaimed singer-songwriter Michael Kiwanuka, who is sure to set the Mountain Stage alight with his blend of rock and soul. Joining him at the top of the bill are krautrock icons Kraftwerk – an act that needs no introduction, now 50 years deep into their career – and dream-pop superstars Beach House, fresh off the release of their new double album Once Twice Melody.

It’s line-up that’s likely to satiate just about every type of music fan. For those who are looking to throw some moves, electronic duo Bicep are set to bring some muscle to the dance-floor, while slowcore masters Low are perfect for anyone looking to lose themselves in a sea of drone. Also included is a hearty mix of indie rock favourites, such as New York’s Parquet Courts and Wales’ own Cate Le Bon, as well as rising stars such as Niger’s incredible Mdou Moctar, embarking on their first UK tour dates this year.

Of course, as always with Green Man, the music is only the tip of the iceberg. The festival will take place in the dizzyingly stunning Brecon Beacon mountains as always, and will feature a slew of extra activities to fill out the weekend. Expect film screenings, comedy, talks, art installations and much more. With so much still to be announced, this is already shaping up to be the festival’s finest outing yet. If only all 20th birthdays could be so grand.