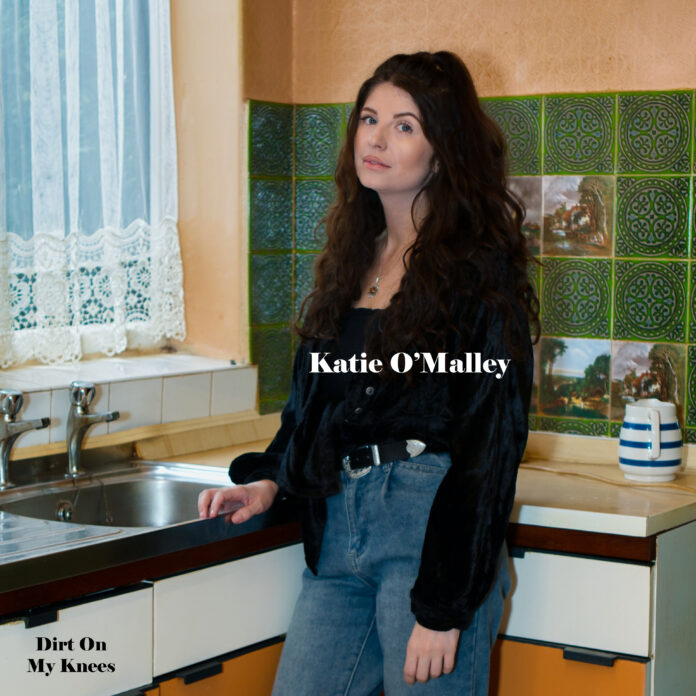 Katie O’Malley: Dirt On My Knees 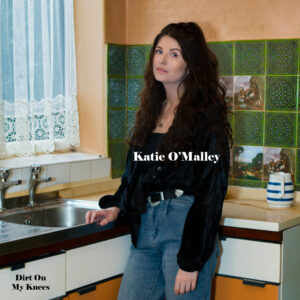 Manchester singer/songwriter Katie O’Malley brings together three previous singles on her new EP, Dirt On My Knees, together with one brand new recording. Ian Corbridge gets absorbed by Katie’s deep and husky vibrato vocals and haunting melodies for Louder Than War.

Katie O’Malley is clearly an artist on a mission and was never about to be totally constrained by the barriers of lockdown. Whilst live performances obviously got curtailed throughout this period, Katie continued to release both studio and live session tracks through social media outlets keeping her growing fan base very happy indeed. And now Katie takes the opportunity to collect three of her recent singles and add a new song for her new EP release, Dirt On My Knees, which is available in physical CD format. And it’s clear right from the outset that this is everything and more we have now come to expect from Katie O’Malley. We previously featured her video premiere for a single, Yoshino, back in 2020.

Opening song Taste The Dirt has an infectious southern rock vibe, with a driving rhythm and Katie’s vocals pouring out intense emotion with a real sense of determination. With a strong melodic interplay between the haunting slide guitar and Katie’s wide vocal range, it’s a narrative which will ring true for so many over recent times as it speaks of the knockbacks in life when all you are trying to do is move on and find that sense of achievement and belonging. But it has a real energy and passion which gives you hope that things will work out in the end.

Devil’s Got A Hold slows it right down with a dark and mesmerising tale exploring Katie’s love for the macabre and supernatural side of the cinematic world. Through Katie’s stirring and almost spiritual vocals, it’s full of mystery and intrigue as it tells the tale of a strange and sinister girl who lives down the street in a haunted house and ends up concluding that “now no one dares darken her door, the only thing that nears is the black crow”. The haunting melody conveys a real sense of vulnerability and fear as Katie’s vocals shimmer and sway throughout.

Traveller has a sparser and more melancholy feel with its acoustic intro leading into a rumbling drum beat overlaid with eerie guitar breaks as it explores the challenges of constantly being on the move. Feeling It is a new song which brings the EP to a close on a much more positive note with its more upbeat Americana vibe, crossing over at certain points into pop territory and a vocal and narrative which convey a real sense of emotional depth and connection.

Dirt On My Knee really showcases Katie O’Malley’s own unique brand of haunting and soulful Americana crossing the boundaries of country, folk, soul and blues. The songs also highlight the magnificent vocal range that Katie has, with rich textures and that deep and husky vibrato shining through at every corner. If you haven’t heard of Katie so far then I suggest there is no better introduction to her music than this.

You can buy the EP here or stream it here.