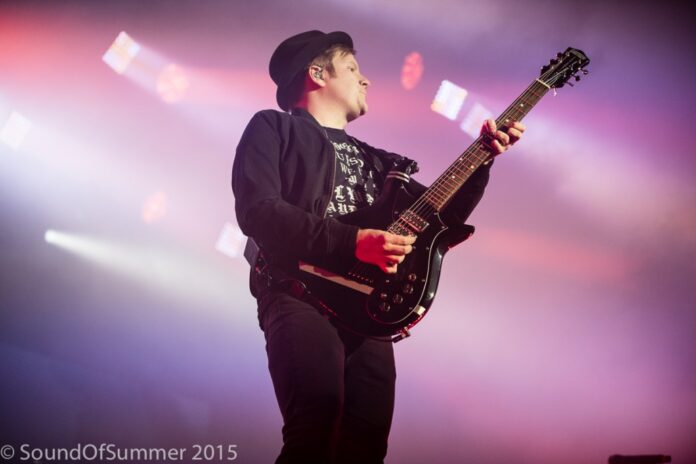 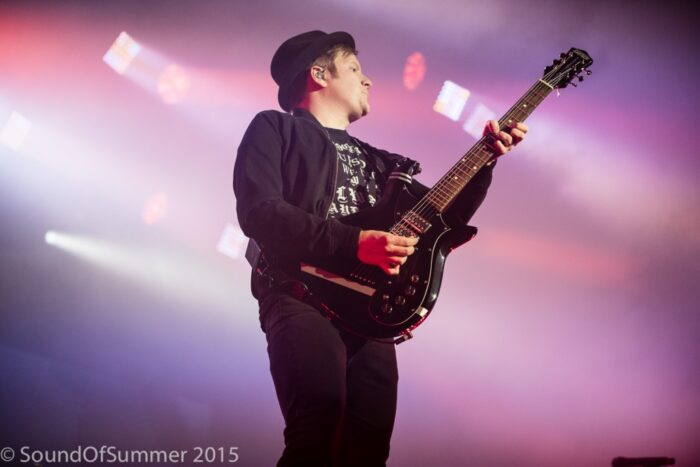 What do you get when you mix a long established pop punk band with a UK hip-hop artist and a couple of alt-dance acts?  Alan Ewart went along to the Bournemouth International Centre to find out and discovered a damn fine evening’s entertainment.

Back in February this year my son asked me to buy tickets for Fall Out Boy‘s gig in Bournemouth for him and his mates.  Being an obedient parent I complied and last night saw me packing my camera and heading off to bournemouth’s international centre with four 17-year-olds.  I have to confess I was a little bemused when I looked up the acts that were supporting Fall Out Boy. UK hip-hop star Professor Green was obviously already familiar to me but both Matt & Kim and Charley Marley were new to me.  It is hard to categorise the later two acts but I guess you would plump for Alternative Dance  if you were pushed.

My interest was piqued when Fall Out Boy’s UK PR company dropped me a note advising me not to miss Matt & Kim as they are great to photograph.  As a result we were at the venue nice an early to catch all four bands.

I guess it is a sure sign that you are getting older when your kids are amongst the oldest at a gig.  I may be an old fart but, as i keep telling my son, at least I’m not a boring old fart.   The vast majority of the crowd were under 21 and female which I guess goes with the territory when it comes to “pop-punk” music these days.  I was a little surprised that most of the audience seemed to know all the words to Charley Marley’s songs, especially given that I had never heard of him before.  His dance groove was not my bag but he went down really well with the audience who were bouncing and singing along to his four or five song set.  To his credit he was very entertaining and very energetic.

Matt & Kim also fell into that sort of dance groove but in a different way.  They were a massively entertaining duo with Matt playing the Mac Book Pro and Kim playing drums and thrilling the crowd with her antics.  Kim was on top of the drums, leaping around the platform and even went onto the hands of the crowd to shake her booty during one of their songs.  Whilst this is certainly not my kind of music you can’t help but be entertained by Matt and Kim. 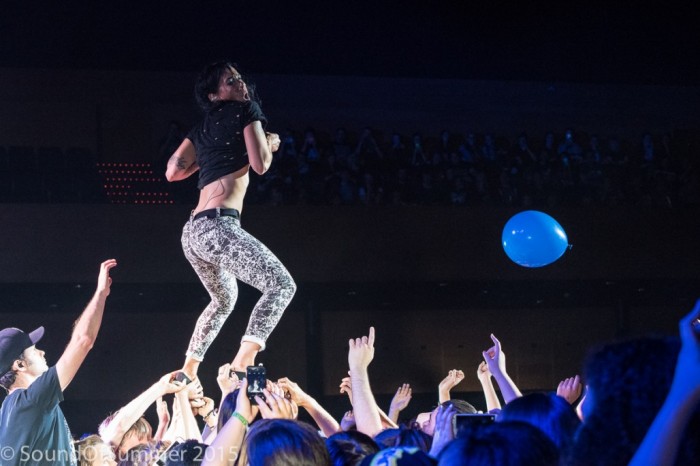 I have seen Professor Green a couple of times over the course of this summer and again he is entertaining and one of the best around at what he does.  His backing singer was excellent and his set was packed full of crowd pleasing sing-alongs.

The main event was of course Fall Out Boy.  The Chicago based pop-punk heroes have been around since 2001 and have an extensive back catalogue to draw on.  I must confess that the most recent Fall Out Boy album American Beauty/American Psycho left me a little cold as it is most definitely more pop than punk.  That said I try not to write something off until I hear it live and to be fair the seven songs from American Beauty did come over better live than on disc.

The show opened with a video screen that spread the width of the stage as a Cathe style news reel played.  The crowd went totally nuts as the screen was raised to reveal Fall Out Boy.  Front man Patrick Stump and Bass man Pete Wentz were straight into their stride as they bounded around the stage leaping onto little platforms and waving their guitars around.  Starting out with sing-along favourites like Sugar We’re Going Down and The Phoenix got the crowd on their side quickly and the concert seemed to be really into it’s stride when the video screens came down and the band disappeared. 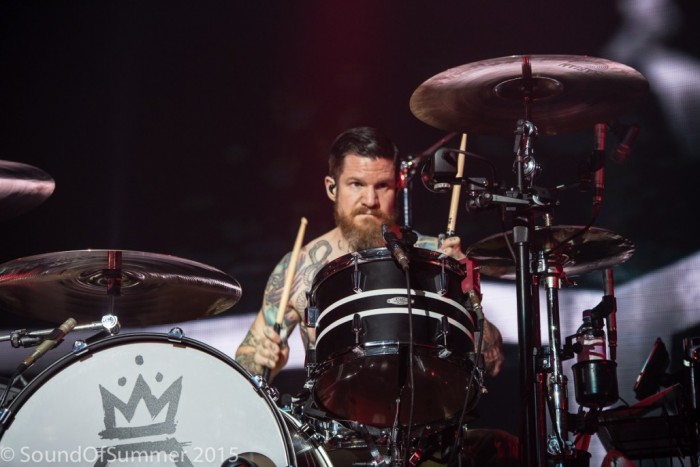 I must confess I was confused.  From my position at the side of the stage I could see that roadies were running around resetting aspects of the stage and then we were treated to something I have never seen before.  A separate small stage had been set up at the back of the vast room and Stump, Wentz and Joe Trohman popped up to play a couple of acoustic numbers.  This was the sort of creativity that was evident throughout a show that was full of surprises and entertaining from first note to last.  We even had on stage fireworks complete with explosions that almost gave me a heart attack.

The video screens at the rear of the stage and above the stage ensured that everyone had a great view of on-stage proceedings and I must say the camera work and light show were the best that I have seen in a very long time.  After no fewer than 20 songs Fall Out Boy left the stage after nothing more than a mumbled “thanks” from stump.  They returned about a minute later to play a two song encore with “My Songs Know What You Did In The Dark” and “Saturday.”

With a total of four acts in evidence, a set of just over 90 minutes from the headliners, a superb set list, a ton of energy and the best light show I have seen in a very long time this was an incredibly good evenings entertainment.  I would rate the evening a solid 9/10.  It’s hard to imagine a better way to spend a Saturday evening.

Incidentally all of the kids agreed that it was one of the best shows they had ever seen.