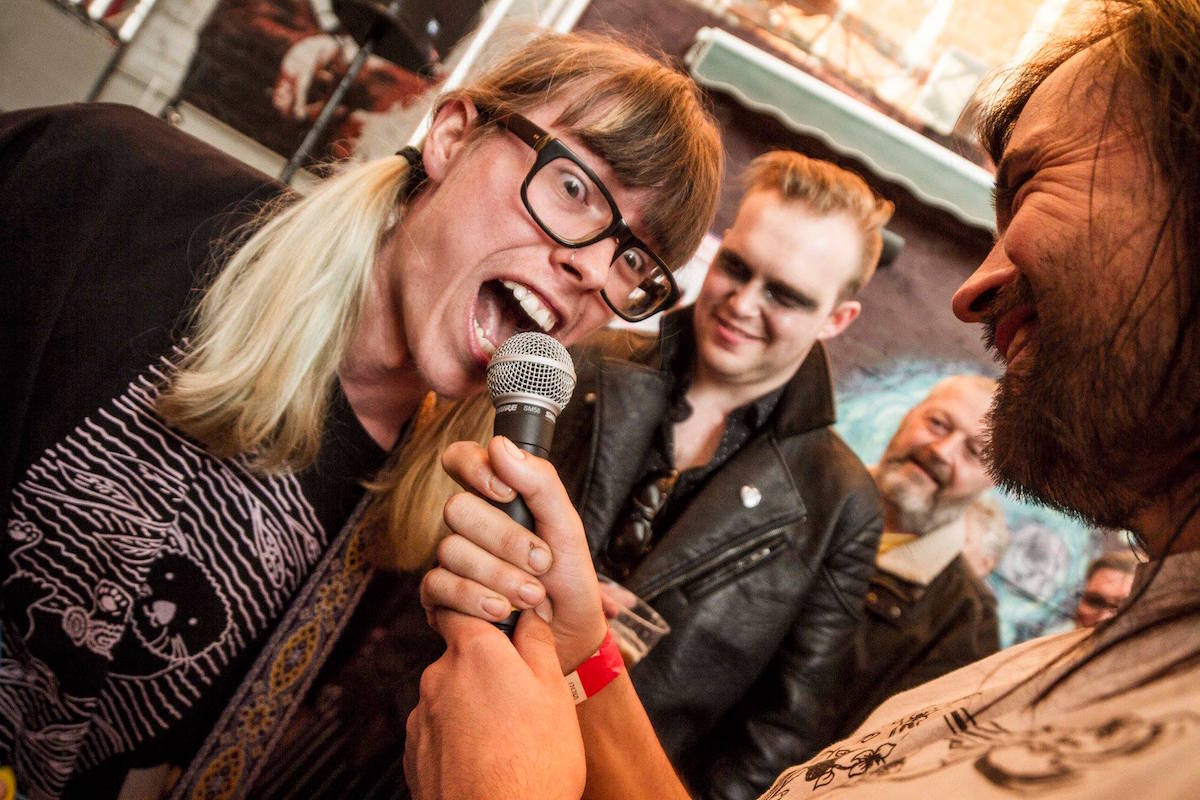 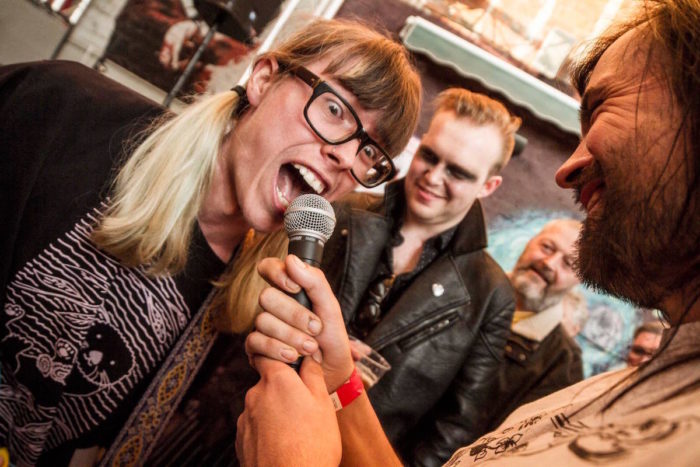 Evolution Emerging celebrates it’s tenth birthday in style with a plethora of bands old and new, all of whom are on top form today!

Celebrating its tenth birthday, on paper this years Evolution Emerging was almost certain to be its best yet, with the finest acts from across the region and beyond and the weather to match. We jumped headlong into the packed bill with so much diversity and choice we opt for some early afternoon Grime with Chiedu Oraka, whose upbeat rhymes set us up nicely for the day.

His honest and endearing tracks win over this early crowd, similarly his love for Newcastle United also helped win over this partisan crowd. With Flex and N.H.E (North Hull Estate) being the highlights of this set, from there though the next band we run into are Pit Pony. We’re greeted by a wall of fuzz in the pleasant surroundings of Cobalt Studios as this five-piece tear through a seething set of ecstatic Garage Rock.

It’s a very exciting set from Pit Pony, who are sure to make waves within the local scene and beyond in the not so distant future. Their previous prowess speaks for itself as the band features members of Retriever, Slurs and Cheap Lunch. Their debut single Opportunity Went is a seething slice of the finest Garage Rock and based upon todays set there is a lot more to come from these guys!

Blom are currently garnering attention across the country take to the Little Building stage next, in a room which is rapidly overheating, it’s a short but intense set. With singer Helen taking to the crowd and screaming her way through these exceptional tracks, with only bass and drums to back her, the amount of noise is nothing short of incredible. Blom’s set is over far too quickly but with tracks like Powerfrau and Skankwitch, this will certainly not be the last we hear of this trio.

Next up was a slight change to the advertised bill, local lads Okay Champ were due to play but due to some line up issues instead of playing their advertised set they indulged an excited crowd with tracks by their former alias Nately’s Whore’s Kid Sister. The long disbanded group returned for one night only and it was nothing short of glorious, their intensity still as evident as ever. Hushed vocals, huge riffs and outpourings of angst made for one of the most special sets of the day,

Garage Rock is alive and well in the North East as Cheap Lunch pick up where Pit Pony left off at Cobalt Studios, huge riffs and thundering drums ensued as this trio put on a fantastic show. It’s another barrage of fuzz but this time coupled with reverb drenched vocals, all with a similar amount of angst. There are a lot more slow jams though in Cheap Lunch’s set as they leave us mesmerised with their swirling tracks.

One such band who don’t pull any punches though are personal favourites of our Shy-Talk, this six headed beast continually impresses us every time we see them. With songs like Dark Crisps and Isotonic Youth they’re hard to ignore. Couple that with the entire bands charisma and they’re on to a winner, tonight is no different as they close out Mustang ‘S’ Ally’s outdoor stage with a searing set. Dazzling the crowd in their mustard tracksuits they’re impossible to ignore, with riffs galore they are an undoubted highlight.

Equally raucous are Teesside favourites Mouses who also grace one of Evolution’s outdoor stages allowing frontman Ste to run riot. Climbing everything in sight as they tear through an excited set, we’re always left bewildered as to why Mouses aren’t one of the biggest bands in the world (probably because the rest of the world isn’t ready for them!). Tonight sees a slew of new tracks alongside numerous old favourites, the likes of Hollywood and Poison. They’re always a crowd favourite and tonight the crowd stretches way out of the venue as many onlookers stop wondering what all of the commotion is. This duo once again proves why they’re one of the North East’s most loved bands with this riotously impressive set!

Closing out the day on the same stage as Mouses, are Durham DIY band Martha who’ve just finished recording another album. Tonight’s set is a mixture of fan favourites and new tracks all of which garner the same astounding reception, with the band feeding off the crowds energy as their grins beamed from ear to ear it felt like a truly special set. With the band hearing every old track sung back at them at triple the volume and circle pits breaking out throughout their set this wasn’t your average Martha show.

Whether it be 1967, I Miss You, I’m Lonely, Precarious (Supermarket Song), Ice Cream and Sunscreen or even new track Wrestlemania 8 all were screamed back at the band. It was the feel good moment of the day, they obviously have a huge following all over and in the North east especially but there was something intrinsically special tonight. Our hopes are now incredibly high for the new Martha album having heard snippets during this set, and here’s to many more shows like this in the not so distant future!

In all Evolution Emerging has once again delivered a bounty of exceptional talent from across the spectrum, with brilliant sets from all of the bands and artists we were lucky enough to catch! However, we have to give it to both Mouses and Martha who really blew us away with both material old and new, they took Evolution Emerging’s tenth birthday to the next level!