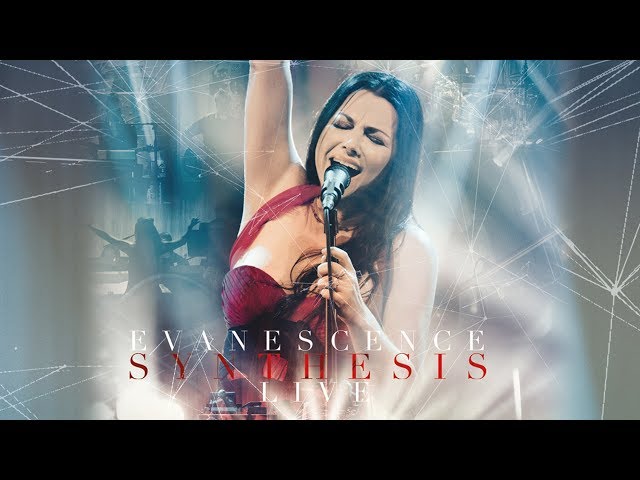 The Evanescence plus orchestra Synthesis album comes to life on our big screens.

Earlier this year Louder Than War took on the Evanescence live experience (review here) at Manchester Apollo. A night at the opera almost. Now there’s the chance to relive the whole thing over again with the release of a show that adds to the ever growing list of rock band + orchestra combos.

This particular show was actually filmed ahead of our viewing, in the fall of 2017 in Connecticut. This particular version of Evanescence was realised in much more of a classical and operatic direction with the orchestra right up to the fore and the band playing a minor accompanying role. However, even more so that in the rock band format, Amy Lee is the focal point. We went so far as to call it ‘The Amy Lee show’ and she’s clearly the shining star, dazzlingly spotlit centre stage at the vocal mic or at the Steinway piano. And she delivers a performance saturated with anguish and passion that’s matched by the enthusiasm of a partisan Connecticut audience that spills over during most of the breaks and quiet sections of the performances. Anyone who’s experienced the Yes featuring Anderson, Rabin & Wakeman live at the Apollo will know the Eagle Rock penchant for adding in audience noise.

The  set list includes some of the bigger hitters – Lacrymosa, Lithium  and My Heart Is Broken – early doors in epic arrangements which sweep and lift whilst adding the dynamics where holding the breath during the softer passages contrasts with the grandiose kitchen sink, no holds barred approach.  Pick of the bunch of the expansive arrangements? Could well be Hi Lo but it’s a show that comes in wave upon wave of orchestral opulence, thrills (no spills) and goose bumps aplenty.

Visually, it’s a significantly different look from a conventional Evanescence/rock show.  A night at the opera as they might say. The musicians are pretty static and all eyes are on Lee, looking stylish sophisticated in a luxurious long and flowing red gown that sways as she moves and pours her soul into the delivery. Synthesis at least allows us the chance to view in closer quarters some of the many people on stage including the band members who are swallowed up into the orchestra. Despite Amy Lee being the inevitable focal point of the presentation, you can see how much it means for her (and her band) to see the songs set into these arrangements.

Watch My Heart Is Broken from the film: