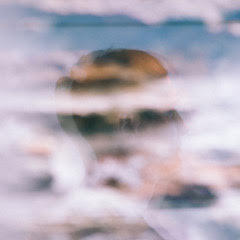 Erland Cooper has announced details of a new album, Sule Skerry, out on Phases on 17 May 2019, coinciding with a sold out show at the Barbican’s Milton Court on 16 May.

Sule Skerry is the second album in a triptych shaped by his childhood home, the Orkney Islands, and in particular by the air, sea and land, as it was celebrated by Orcadian poet George Mackay Brown. Last year’s solo debut album, Solan Goose (an album of the year at 6Music, The Quietus, Music OMH and more) paid homage to the birdlife of Orkney portraying the air, and on Sule Skerry, the multi-instrumentalist develops this further, turning his attention to the North Sea.
Launching with ‘Haar’ (a sea mist which, in Orkney, can form for miles and consume an entire harbour of fishing boats), Cooper plays piano, Minimoog & tape loops, scoring his live ensemble – Anna Phoebe (violin), Jacob Downs (viola), Lottie Greenhow (soprano) and a new addition, classically trained cellist Klara Schumann. With a simple motif, Schumann symbolises the voice of the sea, setting the narrative for what’s to come on the album. Field recordings of thunder, during a breaking Orkney sky, punctuate and distort the low end, while Leo Abrahams brings a sense of calm on ambient guitar.

Erland Cooper explains, “It’s a record about the sea, our relationship with the outside world, forces outside of our control but it’s also about creating a nest within that, nurturing and protecting our own sea havens, those sheltered bays, those safe places. Always returning back in some form, as we step in and out daily”

Local stories and mythology appear on the album, most perceptively in the form of the Selkie, a creature who assumes the form of a seal in the water and a woman on the land, beautifully brought to life by voices recorded on the island and inspiration comes, in part, from the Norse seafarers who farmed both sea and land and made Orkney their base for expansion, a timeless still centre from which horizons have unfolded for many generations.

“I’m always looking at the narrative, the story or concepts to thread the music around. It acts like a nautical map, something to refer back to when you get lost at sea” – Erland Cooper

Cooper returned to Orkney to capture his own field recordings and interviews within the community, and also to record impulse responses – recordings of the reverberations of real spaces, everywhere from beneath the lifeboat pier, his local town hall and inside a 5000 year old Neolithic cairn, with a view to taking these “sonic postcards” back to London to use in the mixing process. The album was completed at another of his safe havens, his studio in London, giving essential critical distance.

“I like to take almost an etching of the landscape away with me in my books, boxes, digital and analogue machines. When you listen to something out of context, that’s when you learn exactly what to keep and what to discard.” – Erland Cooper

The album was mixed with Tommy McLaughlin (Villagers, SOAK), in Donegal and mastered by Guy Davie at Electric.

Sule Skerry is released on recycled vinyl, CD and download on 17 May 2019 via Phases.