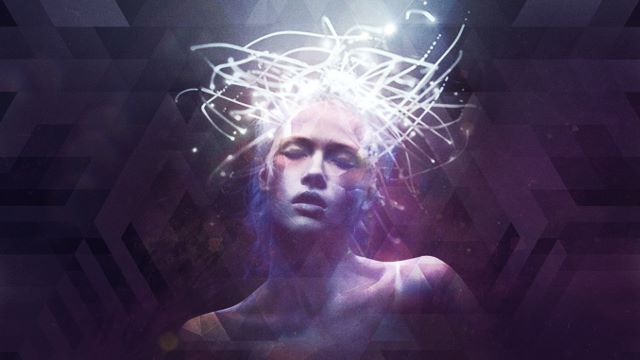 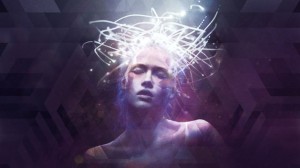 As closing time arrives this evening there’s a bloke called Isaac still standing about three feet away from where he’d earlier been standing singing songs that sounded a bit like The Pet Shop Boys, a bit like those first Depeche Mode tunes, a bit like Orchestral Manoeuvres in the Dark, New Order, Erasure, Visage… y’know ….stuff like that.

Isaac could be forgiven in thinking that the music biz works like this ;
You and a mate buy a couple of synths, write a few songs, record them, put them up on the ‘net, write short messages to anyone they feel might be interested in hearing these tunes, arrange a gig and ninety seven people (someone counted) just turn up, whoop with delight and queue up after watching them to speak to those involved before going home, digging out that original email or tweet and typing
“Oi!… it s me …” The hope is that next time we bump into each other we’ll all be on first name terms and ready to establish some kind of time line for when we’ll be able to see this band and hear these tunes again.

EMPATHY TEST probably woke up the following morning realising they got a good return for the effort put in leading up to the evening – and it must all feel a very easy thing to do.
This being in a band stuff. Around the corner having missed the last tube we wander into another pub as several elderly men with limited hair and large bellies are thrashing through a very loud cover version of “Highway to Hell” in front of five older men, a very drunk woman, a dog and a couple who have missed the last tube home who would rather be chatting about the gig just attended that I’m now writing about. These blokes performing this version of the AC/DC song one imagines are fully aware that what Isaac thinks at the moment could not be further from the truth.
However, if you have the tunes…..

Some of us get these things wrong every now and then but at the moment, having learnt that EMPATHY TEST have now completed their FIRST GIG (did I not mention this earlier?) in front of a packed room of grinning appreciative people it requires noting just how marvellous this band are and how this band with the synths and Laptop have made this music lark look very fuckin easy peasy lemon squeezy.

There’s an album that’s always pulled up from the cellar when the sound of synths begin filling the room nowadays. It’s an album called “Some Bizarre”, released on the “Some Bizarre” label in 1981 and even though it might not be the best album in the cellar, it’s a slice of vinyl that some of us played over and over back then and still do after nights like this. The “Some Bizarre” album was an album that introduced us to Depeche Mode, The The, Soft Cell And Blancmange amongst others. To some ears the best tunes these bands ever recorded- (it all went down hill from there. Loss of innocence, Top of the Pops appearances, personal musical snobbery…) and when we got to see these bands actually perform back then we were star struck. We felt we were at a show. Blokes (mostly blokes) all dressed up and standing motionless on a dark stage like the robots they were accused of being pumping out refreshing synth based pop that still continues in some places to be pumped out today.

All three bands tonight were ace (there may have been a fourth that we missed) but there wasn’t much to look at to be honest. The tunes were enough to keep us from retreating back to the bar, however the individuals could have been anyone in this building tonight. To witness these bands belting out this stuff was a disappointment for any of us expecting to reminisce that we were back in Essex on a cold winters night, thirty plus years ago dressed to the nines, drinking Vodka and Russian with our cheeks sucked in whilst attempting to look a bit cooler than the bloke (or maybe it was a woman) standing next to us.

On Saturday night’s, for a while back then we stood and watched people up on the stage with big hair, big ego’s, buckets of make up, usually standing there motionless (although Dave Gahan used to wobble about a bit more than the others) singing serious songs about bright lights, dark rooms, robots, glamour queens, Albert Einstein and futuristic landscapes. Without batting an eyelid. The next day, after a quick change of clothes we would visit the nearest squatted warehouse to see and hear something totally opposite consisting of young men and women screaming about things that really mattered at the time like Thatcher, death, hunger strikes and tube disasters. These were busy and diverse weekends back then but we managed to catch most of what was happening at the time.
Is it no surprise that some of us still haven’t seen Star Wars yet ?

I’m digressing as much as my tiny mind did over the course of this gig. Dreaming of being in a room full of mysterious individuals to a sound track of euphoric synths and rattling (electronic) snare drums fronted by cool anthemic vocals. Every time I opened my eyes though I was sharply reminded that this was really just another gig in a tiny basement in East London in 2014. I’d imagined that DARK TRAIN were the coolest band in the world tonight. Female vocalist standing there in her long Victorian dress next to a carefully placed hat stand and flickering candelabra whilst the suited man on the electronics stood erect whilst nonchalently hitting little buttons as the other half of this duo casually belted out the tunes without blinking or noticing anyone else in the room. Tunes that remind us of those recent laid back Goldfrapp tracks and Lana Del Rey songs. Break beats, dark synths with big booming bass drums that could have (and maybe should have) been nicked from the Eastenders outro……….but every time my eyes reopened I learned they weren’t dressed like that at all.

So, a slightly awkward performance but with great tunes flowing around the room. Nervous energy on show but nothing to watch (or maybe too much to watch?). Plenty to listen to though but because we’re all a little spoilt in the good band business nowadays it was a disappointing spectacle. That’s not to say this duo will not remain in our hearts and speakers, It’s still very early days but a few more shows under their belts or a couple of six week tours drinking litres of whisky and wine every night and we could be talking business.
RUANE MAURICE are a pretty cool hip hop band who appear slightly bemused by performing in front of a few dozen people who happen to be actually standing there taking notice. “Thank you for standing up” is the compliment we get from one third of the band who stands there throwing out some very cool spoken word dialog over some odd sounding breakbeats. This lot have a man on keys, button pressing with occasional vocal and floor tom duties whilst another young man sits on a drum kit tapping away lightly on the nearest cymbal ,snare and bass drum. The front man looks nervous in between moments of performing but seems to become the absolute star he probably wants us to see and imagines he is as soon as his mouth is open.

Empathy Test have tunes that could make us believe they’re as good a spectacle as the Pet Shop boys playing in front of tens of thousands. Arm them with more flashing lights , a back drop of moving images and bubble machines and we’ll become star struck just as we used to be when we were younger and lived in Essex. A nice t-shirt with various (they may have been the same) birds of prey in full flight is a start but if say, they projected the same on a big screen behind them, filled the place up with dry ice, and ignored the watching hoards of people stoking their chins and drinking decent ale we could begin to feel we were at an event and not just another gig. This is music that is begging the listener to be taken into a world of make believe, glamour, romance, intrigue, mystery and make us think the people performing may be not just from another city but from another planet cut off from East London.

Some may suggest they have a look at those “Hurts” or “Ladytron” videos and ….actually cancel the bubble machine idea that would look shit, I’m getting too carried away again.

Listen to this – it’s what made us go out and investigate.

All words by Keith Goldhanger. More from Keith can be found at his Louder Than War Author Archive.