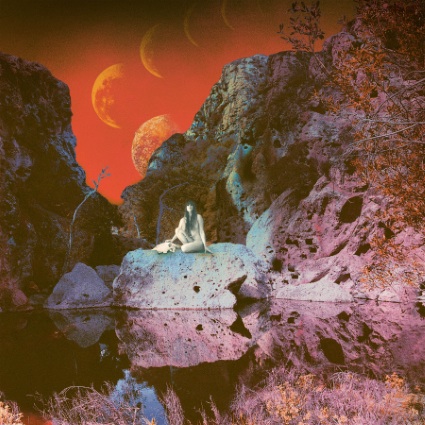 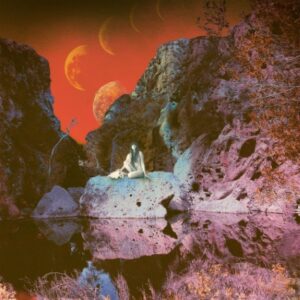 The new album by experimental drone kings of the drone Earth came out a few weeks ago, a full 25 years since they came into existence. For Louder Than War, Stuart Estell explains why he hopes it’ll get the band “the broader recognition they so richly deserve.”

Since Earth re-emerged from hiatus in 2005, Adrienne Davies has provided the superhumanly slow heartbeats that have underpinned Dylan Carlson’s country-doom guitar explorations with the grace and poise of the best jazz drummers. Listening to the waltz “A Multiplicity of Doors” from 2012s “Angels of Darkness, Demons of Light II”, her time-stopping pendulum-swing becomes a natural point of focus, despite its supporting role to the lyricism of Carlson and ‘cellist Lori Goldston’s improvisations.

“Primitive and Deadly” follows the blueprint of post-2005 Earth in many ways – the individual pieces are still lengthy, slow, and meditative, and yet it sounds – and feels –  very little like anything recorded since that year’s “Hex: Or Printing in the Infernal Method”. Perhaps the most interesting departure isn’t the presence of singers Mark Lanegan or Rabia Shaheen Qazi, or the reintroduction of thicker textures, distorted guitars, and doom metal riffage underneath Carlson’s bluesy leads, but the way in which Davies has very subtly transformed her playing – here, rather than floating, she propels. Everything is still slow, but there’s a new muscularity to the percussion that is startling, particularly on opener “Torn by the Fox of the Crescent Moon”.

Where “Angels of Darkness, Demons of Light” gave us two instalments of chamber-Earth, “Primitive and Deadly” is Earth writ large, symphonic and cinematic. When Lanegan’s ominous lyrics unfold in “There Is a Serpent Coming”, there’s more than a hint of heavy roots reggae in the feel of his delivery. It’s almost something Max Romeo could have delivered over a dubbed-out Lee Perry rhythm – equal parts biblical symbolism and apocalyptic Blakean vision. Rabia Shaheen Qazi’s vocal contribution, the album’s centrepiece “From the Zodiacal Light” is stunning. The double-tracked vocal and double-tracked lead guitar mesh perfectly, and the lyric takes a disarmingly personal turn – “Where did your love go? / This darkness… it can’t be over yet / You’re drowning in all of that regret / it’s all over now…” Throughout, Carlson’s guitar tone is rich with harmonics, and has a real warmth to it. Amazing stuff.

For newcomers to Earth, this may prove to be the perfect introduction to a wonderful body of work. With luck, it will gain Carlson, Davies and their ever-changing cast of collaborators the broader recognition they so richly deserve.

All words by Stuart Estell. This is Stuart’s first piece for Louder Than War but when more appear they’ll be in his author’s archive. Stuart can also be found on Twitter (as @5357311) and his music can be heard at his Bandcamp.