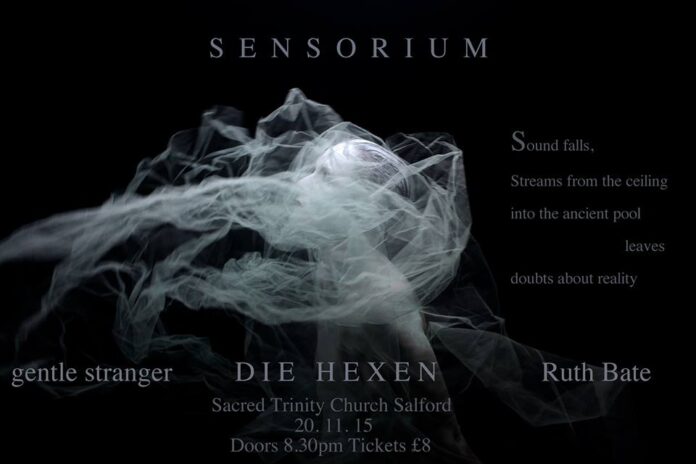 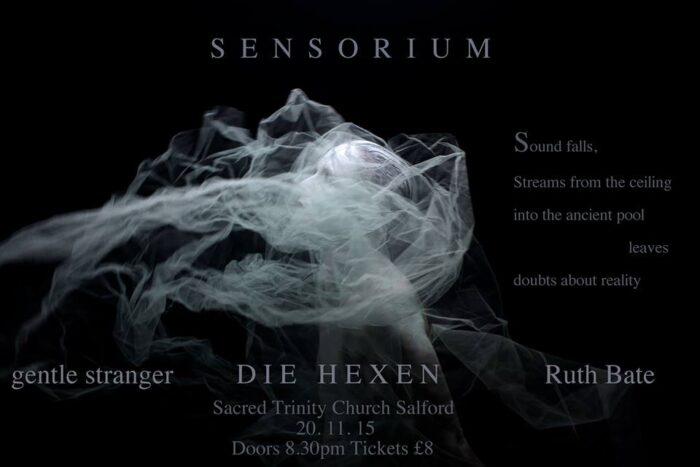 DEATH Recordings presents – “SENSORIUM” – DIE HEXEN’s first headline show for which she will be joined by Salford Artist Ruth Bate and London based experimental duo Gentle Stranger. It will be a very special night encompassing the power of sound, costume and visual under a butoh watchful eye.

DIE HEXEN is a uniquely gifted performance artist, musician and film composer who works both sonically and visually through a variety of media. Her stunning live performances bring her dark electronic sound to life through a combination of visuals, dance, costume and installation to create an original, visually arresting and thought provoking art form. 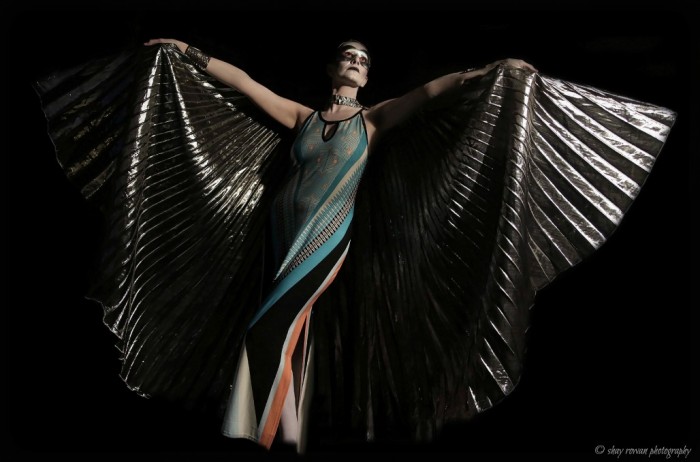 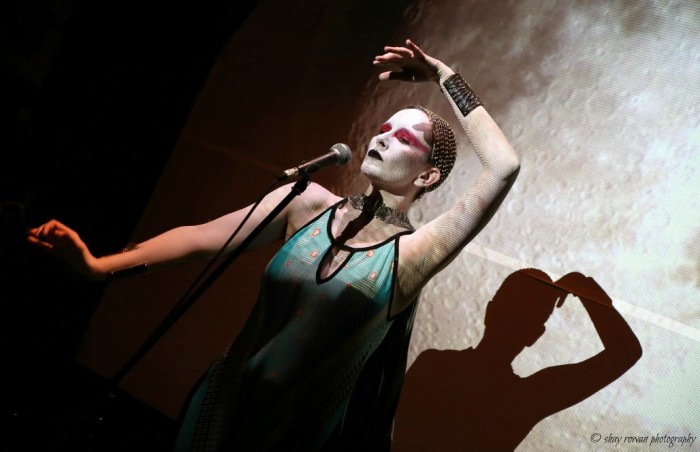 In addition to her live performances the Northern Irish born artist is currently scoring the debut experimental short film ‘”POLLEN” for Fine Art photographer Helen Warner. She is also finalising music to be released in next years ‘Late Night Tales’ compilation, making an appearance at the MAC, Belfast Carnival of Delights and is in talks about performing as DIE HEXEN in a new Sci-Fi feature film to be shot in the not too distant future.