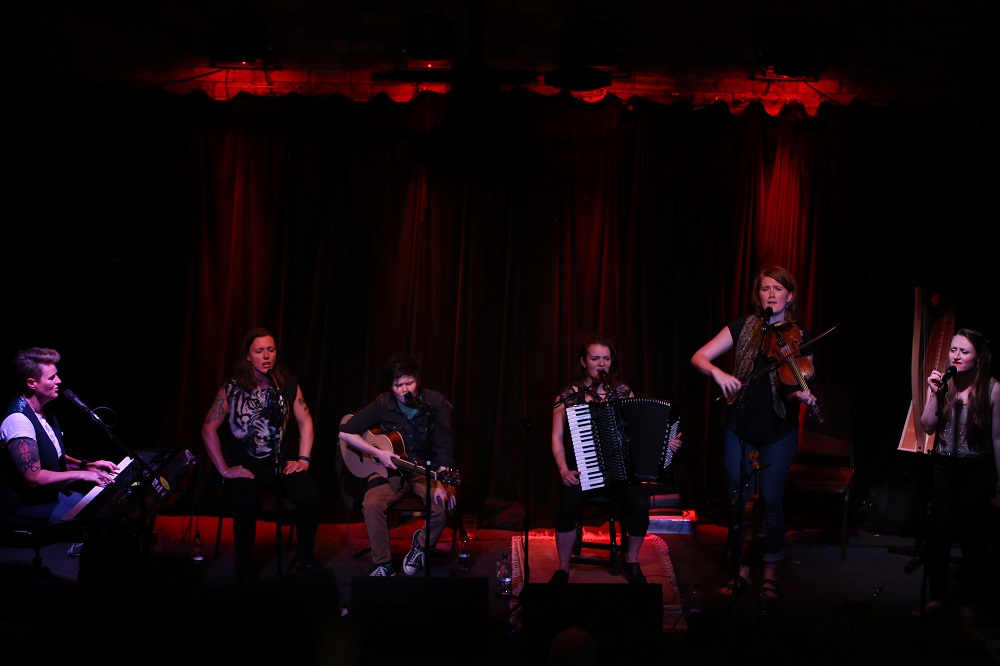 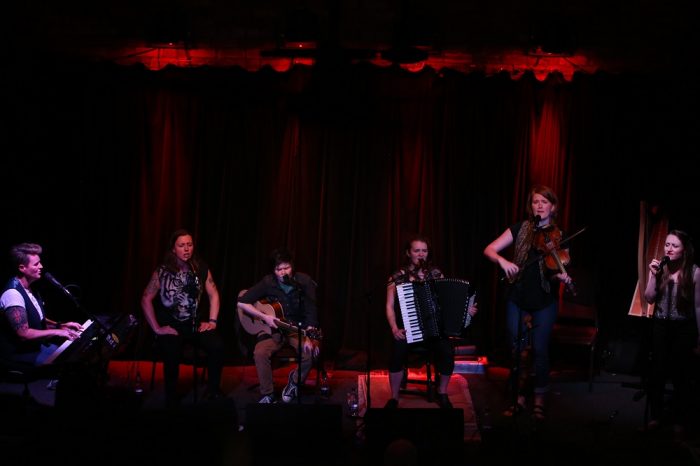 In the 1970s there were tons of supergroups as itinerant male rock stars joined forces and folk feminists Coven continue that tradition but in a far less macho fashion.

Coven are a loose collective of traditionalists Lady Maisery, old school troubadour Grace Petrie and multiple BBC folk Award nominees O’Hooley & Tidow coming together from time to time to play some of their own songs often backed by the other performers onstage.

The tone is set by the opener Bread & Roses written by O’Hooley & Tidow, which in itself is a great tune, but when the other four add their voices the simple power of their collective vocals in a show of unity becomes immensely powerful.

First up is Leicester’s finest export Grace Petrie who comes out of the folk tradition of combining politically charged words and decent tunes, but adding some levity. She has the timing of a stand-up comic, and her droll rant on losing the general election before playing Emily Davidson Blues about the 2011 riots struck a real chord in this socialist club.

O’Hooley & Tidow were robbed at this year’s folk awards when they should have taken home the best duo gong as their relentless touring has turned them into a formidable live act. They are also smart songwriters as Belinda O’Hooley’s supple piano playing creates space for Heidi Tidow’s voice in the moving Blanket about the plight of orphan elephants in Africa.

The first set close with Petrie’s anthemic God Save The Hungry which skilfully re-imagines our staid national anthem into a song about standing with the dispossessed among us rather singing about a woman living in a palace.

Lady Maisery are probably the least well known of the performers, which is a mystery as this trio have some firepower, beautifully wrapping their close harmonies around a sublime version of Leon Rosselson’s classic 1970s protest song Palaces of Gold.

They also stay on lead vocals for a magical version of Kate Bush’s This Woman’s Work and as the other three join in it takes an already magnificent song onto a whole new level. Petrie offers her defiant If There’s A Fire In Your Heart, and as all six voices swirl round the room you remember that folk has always been the music of the common people.

O’Hooley & Tidow come back for the jaunty Gentleman Jack, which is a tribute to Halifax’s most famous lesbian Anne Lister who cut a swathe through genteel society in the 19th Century. They follow up with a version of Coil & Spring from their breakthrough album The Hum as the others join in, and Lady Maisery threw in some harp too.

Before the lights go up all six of these remarkable performers step over the monitors standing together in front of the audience to sing an unaccompanied version of Never Turning Back which in these troubled times is the perfect way to round the night off as the crowd join in the stirring refrain. These women are definitely not for turning back.