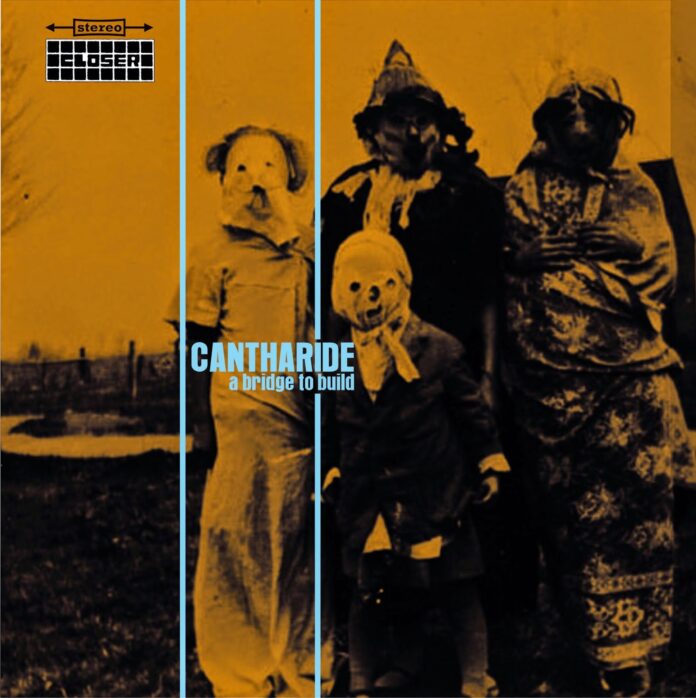 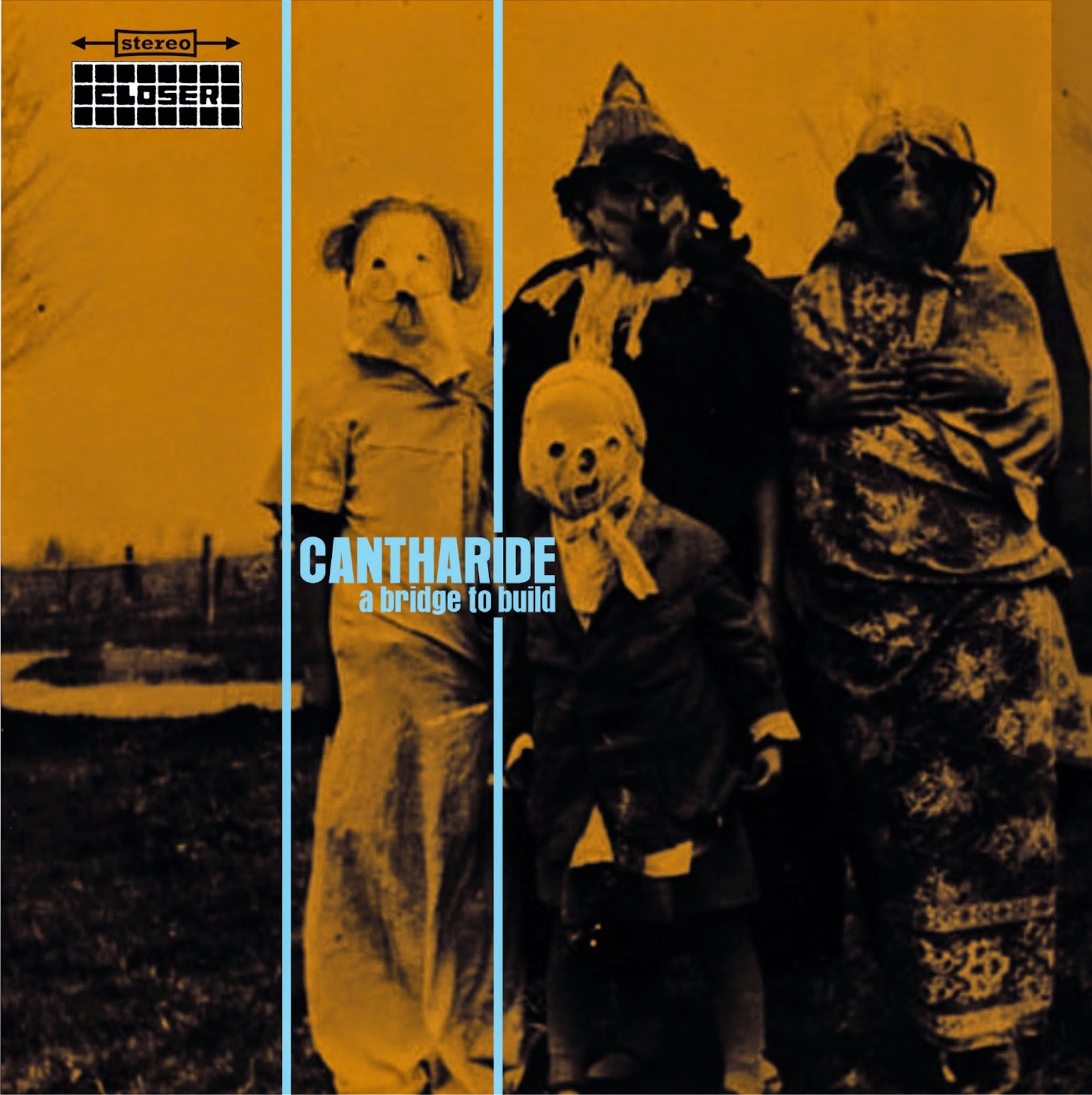 Cantharide – A Bridge To Build (Closer)

In another in the series of “every day is a schoolday”, I discovered, whilst looking for video clips, that a cantharide is the Greek name for the spanish fly beetle and that Cantharidin is is a powerful irritant and blister-inducing substance. Cantharidin is claimed to have aphrodisiac properties, as a result of its irritant effects upon the body’s genito-urinary tract, and can result in poisoning if ingested. Nice. I suppose if I hadn’t spent several years gazing out of the classroom window during biology, I might have known all of this, but hey-ho. In other news, friends of LTW and ridiculously consistent French garage rock label Closer (from Le Havre) have found and released another absolute pearl. Cantharide are a little out of the ordinary amongst the Closer stable, being less traditional garage rock and edging towards guitar-orientated, skewed pop. The band are the brain-child of Choumy (real name Pierre Chaissac)  who plays much of the instruments, writes the songs and sings. He’s clearly the owner of a rather good record collection and it was fun (if slightly difficult) trying to spot the influences on this,  their second album. There are hints of Teenage Fanclub, Big Star and Wilco but the less obvious influences are the ones which make “A Bridge To Build” really sparkle.

The opening song is the title track and quite literally immediately puts one in mind of the much-maligned Paisley Underground scene. Forget all those NME-loved pretenders. This has everything good about Green On Red, Long Ryders or Dream Syndicate and could have been lifted straight from “Emergency Third Rail Power Trip” by the hugely under-rated Rain Parade. Guitars chime, lead breaks sizzle and there’s a tasteful, lonely sax wandering over the outro to the song. Think Zuma-era Neil Young as the stun-guitars wander and threaten to break apart and you’d be pretty close. A terrific start to a great album.

“You’ll Never Buy Me” lifts the album into the stratosphere with a clanging pop-punk song that has much of early Buzzcocks or The Flys to its sun-blistered, slightly falling apart charm. Choumy sings in English and although a little accented (obviously!) he has the Shelley/Devoto paranoid drawl down pat. The nomadic, drifting solo over the coda has a simple grace all of its own.

“William Peel Blues” is a slower song with chugging, downbeat guitars and Choumy’s dejected vocal intoning “I’m here, waiting” on a song that references pills, alcohol and loss and is clearly not from a very happy place. The little synth drone over the ending adds a nice piece of gravitas to an already prodigous song.

“Old Farts And Bad Jokes” comes in just over two minutes and is a gleeful powerpop romp with vibrato guitar pulsing away beneath Choumy’s bubbly vocal. “Chained” is mostly voice, acoustic guitar and slide and summons the wasted side of life a la Johnny Thunders and as a song of redemption has class oozing from its sleazy grooves.

“Friends And Enemies” ups the energy levels again with its foot-on-the-monitor marvel and glorious chorus. The song has elements of NZ legends The Church and the frenetic ending of the song is all kinds of guitar-wrangling triumph.  “Shut Up Now” takes parts of The Weather Prophets output and drives it through a psych-rock mangler. The double-tracked solo again reminds one of The Rain Parade if that band had been fonder of amphetamines rather than hallucinogenics. The psych-ed up mind expansion continues with “You Woke Me Up” which brings echoes of Tom Verlaine and Richard Lloyd’s reverb/treble-heavy Television soloing to mind. “The Day” has little hints of surf/psych legends The Barracudas through its treated vocal and wave-breaking choruses and again, the solo at the end is quite breathtaking. “The Big Old Tree” ends (the vinyl version, the CD has three extra tracks) the album and is a slow and thoughtful journey with synth and electric guitar under Choumy’s dreamy vocal.

Yet another winner from Closer. Give this a try, you won’t be disappointed.