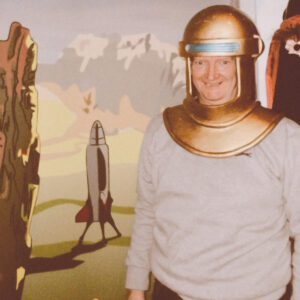 How To Lose Friends And Influence No-One

On their latest album, How To Lose Friends And Influence No-One, The Bordellos seem to have created not a pop album nor the alternative Indie folk that they label themselves as, but instead an album of incredibly addictive anti-pop. Anti-pop in the sense that there are amazing pop efforts squirming to break free but in their own divine way don’t need to become polished and glitzy affairs.

There’s a wonderful beauty and simplicity about the tracks. Sure, the vocals aren’t the best ever recorded and neither are some of the guitar breaks but, that is the key to this impressive thirteen tracked collection. It highlights D.I.Y. music if you like but more importantly defines what music is really all about. It shouldn’t be elitist, it shouldn’t just be made by the privileged few with their big budget videos and bigger name producers. It should instead reflect the voice of everyone and more importantly in today’s climate, the few.

Much recognition has to go to record label Small Bear Records who once again put their proverbial money where their mouth is and back the ordinary which in turn becomes the extraordinary. Indeed label supremo Phil Reynolds may even make an appearance somewhere on the album as he often does, and perhaps the involvement further endorses the relationship between band and label.

Album opener, I Don’t Believe In Motherfuckers Anymore surely sets the scene as the sleeve notes clearly profess the music industry claiming “it’s all about the music” when the music is always about nothing. The dismay of discovering every boys childhood hero had in fact been a paedophile (albeit as the words dictate – ‘when he was naff’) on Gary Glitter, and an interesting slant on the finest DJ of them all in the tortuously titled Did The Bastards At The BBC Kill John Peel. An interesting claim and one that could be a conspiracy theorists wet dream particularly now that the constantly moving show (maybe a thorn in the Beeb’s side?) has a series of attempted emulations on Radio 6.

Pink Torpedo and I No Longer Speak The International Language Of Kojak Kapiche show how Brian, Dan and Ant Bordello can craft some quite sublime songs. The melodies are quite near perfect and evoke memories of the birth of the Indie scene with those tunes that weevilled into your head and refused to leave. Unhappy Song again recalls the writer’s favourite songs from youth and artists from The Smiths to The Supremes, from Ramones to House Of Love – sad songs sometimes, but in the most part from writers that had the ability to inject humour into the most depressing sounding backdrops.

How To Lose Friends is a lesson in D.I.Y., but more importantly it’s the story of a band wearing their heart on their sleeve and believing in what they do and is one of the most enthralling releases of the year. In a world of sequined, over produced mediocrity, The Bordellos represent the alternative world of anti-pop where passion and feeling count just as much as the words and music.

This is the root of music.

The Bordellos are on Bandcamp here: thebordellos2.bandcamp.com. They can be followed on Twitter as @thebordellos and Liked on Facebook.