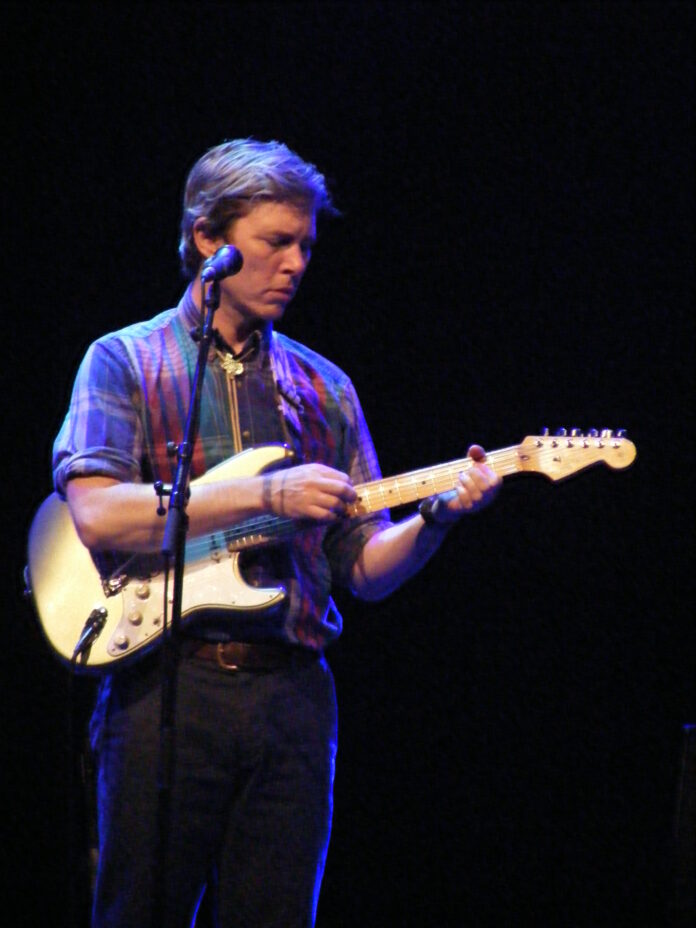 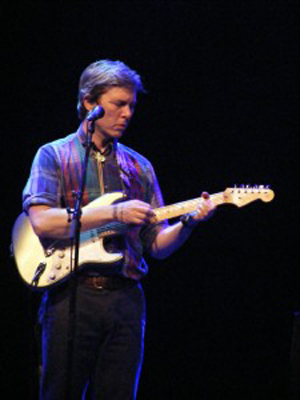 Bill Callahan brought his current tour to London for two nights at the Royal Festival Hall. Willow Colios went down to see the former Smog man in action.

‘I’ve got limitations, like Marvin Gaye …. mortal joy is that way’ sings Bill Callahan tonight on The Sing, opening track from his highly acclaimed record, Dream River (Louder Than War review here). Perhaps the reference is appropriate as there are times when his lyrical themes recall Marvin Gaye’s and others where the vocal tone and instrumentation recalls that of Gaye or perhaps even Curtis Mayfield; the prominent flute playing and hand-played drums on Spring, for example, of which only the precise percussion is on show tonight.

Listening to Bill Callahan recently, I am completely bemused as to why I haven’t become addicted to his music sooner. Sure, I’ve got a couple of Smog albums but haven’t really got into the four albums (now five with the new dub version of Dream River) released under his own name. It’s all the more strange as Callahan has all the qualities of my favourite singers and songwriters; Drag City label mates Will Oldham (AKA Bonnie ‘Prince’ Billy) and David Berman (Silver Jews) and also the late Mark Linkous of Sparklehorse.

It really is nagging at me a bit that I have neglected Callahan’s output for too long. No matter, a new year and a chance to atone for my aural inattentiveness; the English winter is the perfect time to listen to twisted fables about birds of prey and songs with the kind of philosophical introspection and sage like lyricism that only unique musician/poets of this ilk can pull off.

Along with Will Oldham, who duetted with Johnny Cash on the latter’s American III album, Bill Callahan is continuing that almost extinct thread of the reflective American voice in country music. Alt-Country, Americana, call it what you like; the country-folk tradition is alive in his work and in the room tonight in the song America!, the centrepiece of 2011 album Apocalypse.

With Callahan and the band bathed in pink light he sings ‘I never served my country’, but he’s wrong. He is serving America pretty damn well and in the song’s lyrics also salutes his predecessors, ‘Sergeant’  (Johnny) Cash, Captain (Kris) Kristofferson and Buck Sergeant (country singer Mickey) Newbury. But America! is no patriotic tubthumper as although Callahan muses about a love of his homeland, he also lets us see both sides, both the glory of those country music soldiers mentioned and also the shame of the USA’s history;  it’s real army perpetrating overseas wars and the secret history of the massacres of native Americans. It’s all sung over a hypnotic, military march rhythm and even has bits of dixie-twang guitar built into the fuzzed up guitar solos.

The seeming sparseness of the four piece line up and lyrical simplicity of the songs don’t prevent the sound from being almost as sumptuous as on record. Barring additional piano, the odd flute or some strings there are perhaps fewer instruments on the records than I imagined and It’s only by seeing the songs played in the flesh that I’ve figured out how he does this so well. Taking just two guitars, percussion, bass and his own voice and juxtaposing them to sound like there’s a whole lot more going on; managing to create something moving with that knowing, forceful, yet relaxed and controlled vocal tone.

Apart from tracks off the two most recent records, we are treated to Ray Charles and Percy Mayfield covers, acknowledging their influence and also fixing Callhan’s own songs in that lineage;  Mayfield’s Please Send Me Someone To Love could almost be a Callahan original.  We also get a version of perhaps the closest thing Smog had to a hit single, Dress Sexy At My Funeral. It sounds great of course, but is robbed of some of its urgency and momentum because the strummed chords of the recorded version are replaced by picked guitar strings, fitting it better into this set of ‘solo’ material but ensuring, perhaps deliberately, that it doesn’t shine too brightly, that it’s pop credentials don’t bristle against the other songs.

Dream River is an incredibly well crafted album and it’s songs are played in a fairly straight, faithful and physically static way tonight by Bill and the band; He doesn’t break a sweat or get over excited at any point but you can tell he’s having a good time. There’s a moment where he edges forward and bends down next to guitarist Matt Kinsey, who for his part cuts loose plenty, despite sitting down throughout along with the band’s rhythm section.

Kinsey, an expressive guitar player who carefully manipulates all the effects at his disposal, lays down delicious vibrato and feedback for Callahan to play off, the pair building some impressive textures with Callahan drawing on his harmonica on Drover, the harp’s country whine wrestling with Kinsey’s guitar feedback.

Just as tonight’s set started with Dream River’s opener The Sing, it finishes with the album’s closer, Winter Road, embellished with some bizarre lyrical hallucinations about Queen Victoria fixing someone’s truck by the side of the road in a jump suit, Bill dryly ad-libbing as he goes along.

Not an overbearing entertainer, the on stage chat with the audience has been polite and fairly minimal with a few gags thrown in. Tonight the music, not any false histrionics has stolen the show, as it really should do in a venue with such amazing acoustics, the audience watching mesmerised and reverently silent throughout. They know they are in the presence of something special; a genuinely great American songwriter.

The Sing
Javelin Unlanding
Jim Cain
Spring
Drover
Dress Sexy at My Funeral
A Song For You (Ray Charles cover)
Ride My Arrow
One Fine Morning
America!
Please Send Me Someone to Love (Percy Mayfield cover)
Too Many Birds
Seagull
Winter Road

Dream River and it’s newly released dub counterpart Have Fun With God are out now on Drag City. The Bill Callahan Tour continues across Europe until February 26th.