Home Music No 2018 Glastonbury: In steps the BBC’s with their Biggest Weekend 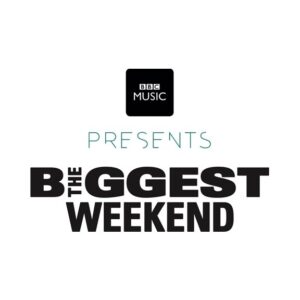 No 2018 Glastonbury: In steps the BBC’s with The Biggest Weekend

As there will be no Glastonbury in 2018 the BBC is planning to bring some of the worlds biggest artists together for The Biggest Weekend. Four huge live shows in England, Scotland, Wales and Northern Ireland across the late May bank holiday weekend which in 2018 will be 25 to the 28 of May. The Biggest Weekend will involve all of the BBC’s music stations over the long weekend to celebrate the variety and diversity of music supported and championed by the BBC.

Today BBC Music announced impressive plans to host The Biggest Weekend; a music festival held in four sites, in four nations, over four days and with 175,000 tickets available for music fans to snap up.

For those that prefer their festivals from the comfort of their sofa’s would feel a little bereft with out BBC’s Glastonbury coverage, however with plans firmly in place to cover The Biggest Weekend in a similar way – everyone wins. With stages being hosted by Radio 1, Radio 2, Radio 3, and 6 Music there is certainly going to be something for everybody. Along with extensive TV coverage across BBC Two and BBC Four, all sets will be available on BBC iPlayer allowing audiences to enjoy all of their favourites as well as explore new music.

BBC National TV and Radio, as well as local radio stations, will also be involved with a comprehensive range of outreach activity in the lead up to the festival including educational workshops, Radio 1’s Academy and BBC Introducing gigs showcasing local talent in each host location. So when the BBC say biggest they really do mean BIGGEST.

BBC Radio and Music Director Bob Shennan says “BBC Music has a strong history of bringing the nation together for some special moments, and this is the biggest single music event ever attempted by the BBC.” Continuing he explains “We will be celebrating the diversity of music from four different corners of the country, bringing the best UK music to the world and the best global music to the UK.”

There are no plans for The Biggest Weekend to become an annual event, so expect this super-sized festival to be a spectacular one off and not to be missed.

Further details and ticket information will be made across BBC site when available.

Words by Katie Clare. More articles and interviews by Katie on Louder Than War can be found at her author’s archive. Katie can also be found on Twitter where she tweets as @tokyo_katie.