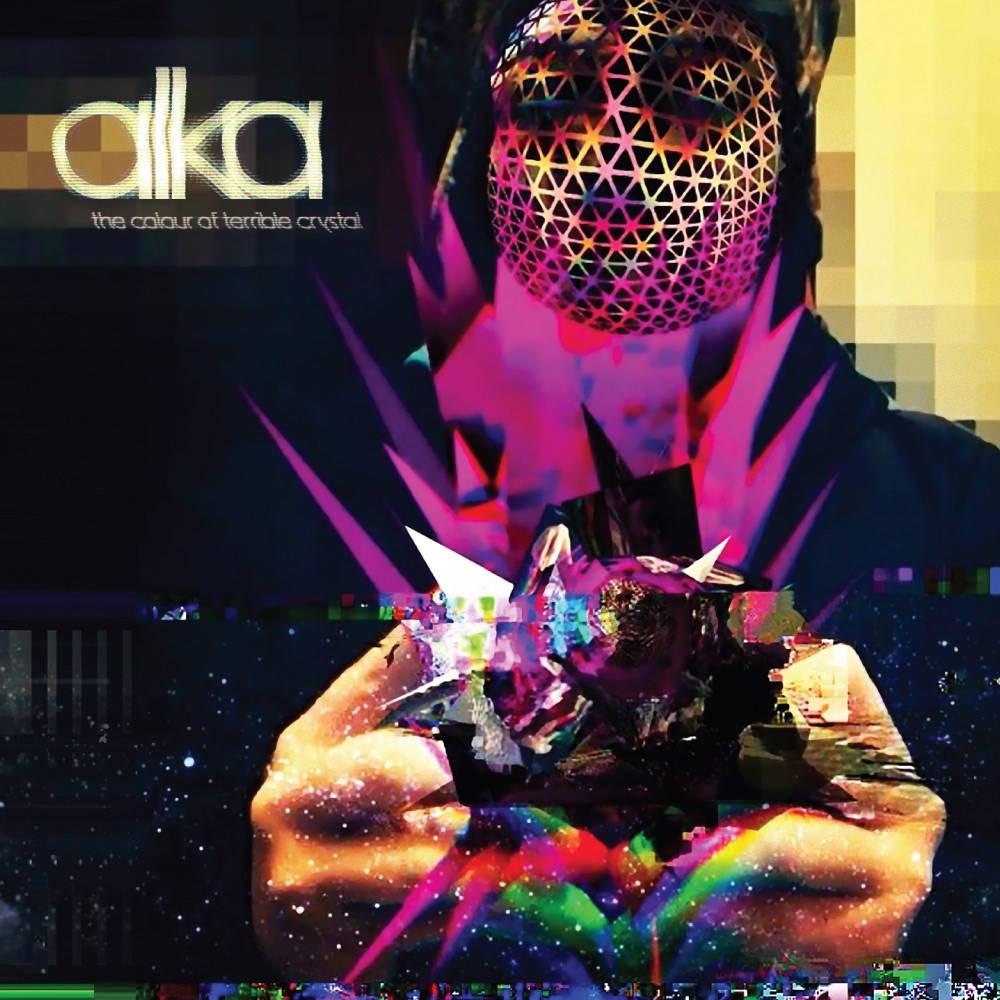 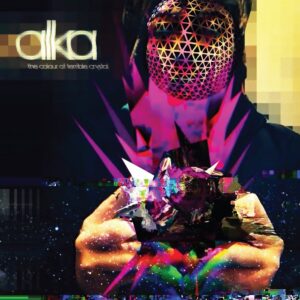 The word ‘eclectic’ was probably made for The Colour Of Terrible Crystal. Trying to pigeonhole the sound or the style will result in failure as Bryan Michael takes us on a journey through ambient, pop, experimental and at times downright weird with an album that on paper that simply shouldn’t work.

You may not be familiar with the work of Alka but this new album could change all that, the first release since A Dog Lost In The Woods eight years ago sees some wonderful instrumentals and part-vocal contributions which gel together like a thousand piece jigsaw and with it, the inevitable satisfaction of its completion. At barely over a minute long, the opening track Piece instils a feeling that ambient and drone may be the order of the day, instead it acts as a gentle prelude to what may come – opening the curtain for a vast and complicated production which conforms as much as it disobeys. Betablockers follows with a steady bassline that sees intermediate sound effects and a distant vocal pitted against the occasional musical break and expanse of tumbleweed quiet.

Echoes of early synth music is evident – Depeche Mode, New Order, even Nitzer Ebb on some of the more meandering pieces – Melancholy Lasts may also contain the hook from the Art Of Noise’s Moments In Love where fluttering beats are joined by the occasional vocoder voice as sweeping soundscapes prevail. Just when you think that the album is settling down into a pleasant collection of clinical pop, Over Hills And Vales enters the fray – an experimental collage of single tones interspersed with seemingly random clunks and clinks which are reverbed to the max before Sofantastick continues the avant garde theme.

Questlore sound as though it could have come from the vaults of Erasure instrumentals (maybe not a surprise, as Vince Clarke not only guests on the album but also releases via his new label) and, Michael’s current obsession of revamping old synthesizers adds an enigmatic quality to the proceedings with a delightful mix of old and new techno sounds.

Truncate is out and out pop pleasure whilst Under Waves And Sea once more sees a darker side to Alka with more blank canvas allowing any ‘drip’ or ‘blip’ to gain maximum effect with an otherwise drone-like track. The album ends with Wrong Side Up and We Are Free Forms, two colossal tracks worthy of taking starring role in any movie blockbusters as they bring a thoroughly entertaining album to a close.

Remixes of Wrong Side Up (Mathieu Gendreau) and Truncate (Vince Clarke) add to the sheer delight of an album that could quite easily creep into quite a few Best Of’s at the end of the year.

The Veldt + The Brian Jonestown Massacre Unite for Exclusive Shows

Feltham Made Me: Radio Play goes out Friday 25 January

June 15, 2015
We use cookies to ensure that we give you the best experience on our website. If you continue to use this site we will assume that you are happy with it.Ok