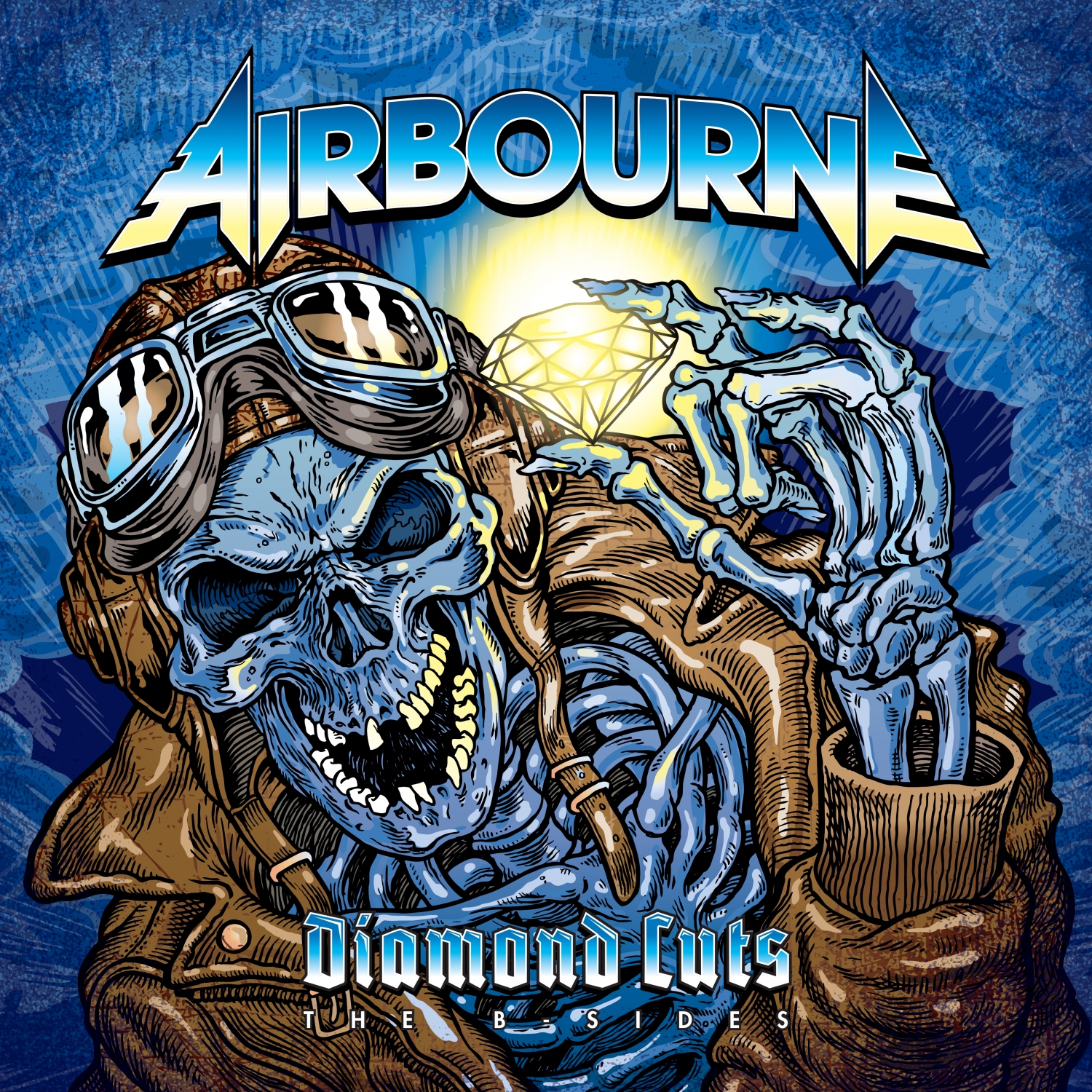 Ten years burning down the road or at least since their debut album hit the stores in a flurry of no nonsense Aussie rock boogie. Airbourne have another excuse to break open a six pack in celebration.

Runnin’ Wild – the album that introduced the world to the crazy wild pretenders to the godfathers AC/DC. The similarity was uncanny, the  O’Keefe brothers leading their band in  a fashion not dissimilar to the  way the Young brothers oversee their band.

Appearing afresh in a collector’s box set in both CD and vinyl formats  entitled Diamonds In The Rust, the collection includes Airbourne’s first three albums, adding No Guts No Glory and Black Dog Barking to  the brand new Diamond Cuts – The B Sides. There’s also a documentary DVD, yet it’s the B Sides collection that piques the interest  with 13 tracks  topped off with the bonus of two brand new cuts  – Heavy Weight Lover (possibly inspired by that old girl Whole Lotta Rosie) and Money – both recorded during the No Guts sessions. Needless to sya, neither reveals anything markedly different and the pair fit seamlessly into the collection.

With the general state of archiving recording sessions these days, any extra tracks left off an album are usually of enough quality that it’s difficult to spot the join, which says about as much for the standard and consistency of the Airbourne output. Probably more so than Angus’ lot if truth be told, whose classic heavyweight songs that we all know and love so well were often balanced (some critics might argue  filled or padded) out with, shall we say, lesser cuts.  The Airbourne calling card of hooks, melody, four to the bar and a shedload of rock and roll attitude and swagger are all delivered with a dash of long haired sweat. A formula that doesn’t attempt to be clever, they know their appeal, what they do well and rarely veer from the hard rock and roll path.  And subject matter that involves heads rolling, bones rattling, moaning after midnight  and penthouse parties.

They know how to finish a song with a flourish too. Stand And Deliver was never like this with Adam Ant and Red Dress Woman accentuates that pumping bass and a subject matter that seems vaguely familiar. On it goes with a relentless flow of three minute bursts with no concession and of course if you can’t stand the heat, get out of the (fucking) kitchen.

Naturally, fans will own the albums and have probably sought and sourced the extra tracks so for many, the decision of buying into Diamond Cuts for the sake of completion might seem a tad disparaging. Making the B Sides available as a single package could soften the (financial) blow and as such would be a much more palatable offering.

Airbourne are on tour in Europe in October and November, for anyone up for indulging in a bout of good old fashioned hard rock.

You can hear Money from Diamond Cuts here: