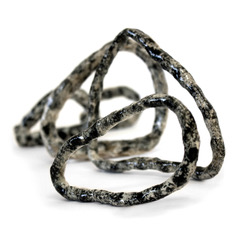 And We Are Passing Through Silently

Lee Ashworth finds drone epics and an exquisite darkness on Abul Mogard’s new album of radical reworkings, And We Are Passing Through Silently.

Following on from the success of last year’s Above All Dreams, championed by the likes of Mary Anne Hobbs on BBC6 Music, Abul Mogard has passed between the lives of many in recent months.  Here we find deep, deep reworkings of tracks by Aïsha Devi, Penelope Trappes (The Golden Filter) and nick nicely.  A 14 minute remix of Becoming Animal’s ‘The Sky Is Ever Falling’ featuring vocals from Cinder (This Mortal Coil/Cindytalk) and Massimo Pupillo on bass (Zu/Thurston Moore/Stephen O’Malley) resonates at the sonic crux of the album, culminating in Brian Eno’s collaboration with Irish avant-folk band Fovea Hex.

This is dark music for dark times.  These are not tracks but atmospheres. Described as ‘reworkings’, this is really just honesty – fundamentally in music, there are only reworkings.  Abul Mogard inhabits these compositions, stalking through the structure of their DNA… seizing radical aspects of their sequencing and initiating mutation into something wilder, something altogether less recognisable: is it music?  The original compositions have been untethered, stretched, warped; taken to the limit of what they are until their form sits uncomfortably between the known dimensions of sonic space.

Meanwhile, outside, Europe is reworked, exhuming dark totalitarian configurations thought long dead.  But blink and the dead are alive once again, their zombie soldiers mobilised by right wing resurgence across the continent.  But where is this album?  Give me London South (nick nicely) and I’ll pass it back to you through the prism of the deepest darkest inland sea. We plumb the depths, sifting through our recent heritage.  We are the depths, sifting through our recent heritage.  I am standing on the lip of that sea and the waves do not crash, the tide does not turn: instead, everything vibrates, intensifying.

Who is Abul Mogard?  Who am I/who are we, really?  Are we more than the string of our perceptions, or more than a string of ‘facts’ on a cryptic cyber trail?  Abul Mogard is the question.  Is this music or is it… death/the sublime/static/stillness/the slow unfolding horror of post-modernity/February in Hyde/the lip of a crater left by the meteor that slowly flooded to become an anti-gravitational inland sea as black as the inside of a gaping mouth/our own home Earth made entirely alien and unrecognisable by unseen forces you know you had a hand in and would have done things differently if only you could live your life over again and you can/you are/over and over/it/is/crushing/you?  Is this music or is it… the carcass of a rare, deep-sea fish grotesquely distorted by the changes in pressure as it is finally, tantalisingly raised to the surface?  Is this music or -?  Is this music?
Beneath the jet black carapace a brightness shimmers on the surface of this inland sea. The sun may be setting, not rising, but still we reflect in every photon. In the future there is no music.  There is Mogard.