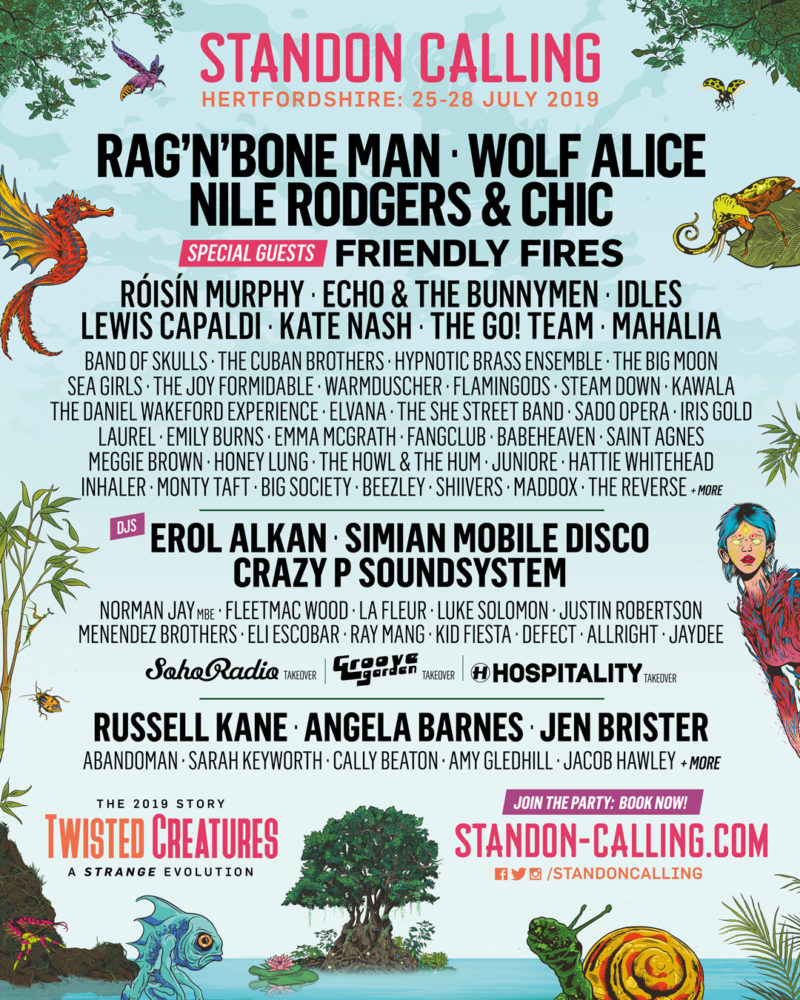 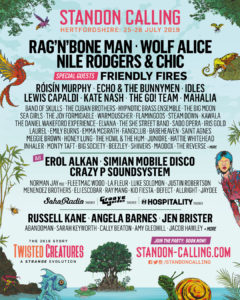 Standon Calling continue to add acts for the annual garden party in  Lordship manor Hertfordshire therefore its advisable this year to get yourself organised now. Begin by having a look at what’s been announced so far. Wolf Alice …. in a field!!    Echo & The Bunnymen …..  in a field !!  Friendly Fires !!  ….in a field!!  Idles !!….. in a field!! Kate Nash …. in a field!! The Go Team….  in a field!!…the list is already an impressive one.

Nile Rodgers & Chic, Rag ‘n’ Bone Man & Wolf Alice are the big headline names to keep the weary punters on their feet and a host of DJ’s will keep us tapping our toes until just before the sun rises however it’s the acts further down the bill that often catch our attention here at Louder Than War. Acts we may have seen once or twice previously and loved along with the one or two we’ll discover for the first time. A habit that this festival seems to repeat every year.

This years line up looks so good we’re already anticipating the odd clash happening…however as we found previously…it is possible to catch a bit of everything if your weary feet can take you from one stage to the next without tripping up!

Bring a tent, bring the kids (Dick & Dom are playing), bring your swimming trunks (there a swimming pool!), bring your dog and spend three days and nights marvelling at the array of acts you may or may not have crossed paths with previously. Just look at past events to see for yourselves the strength of acts that have appeared.

This year looks even better.

Something for all the family as the saying goes.

Tickets and up to date info available at https://standon-calling.com