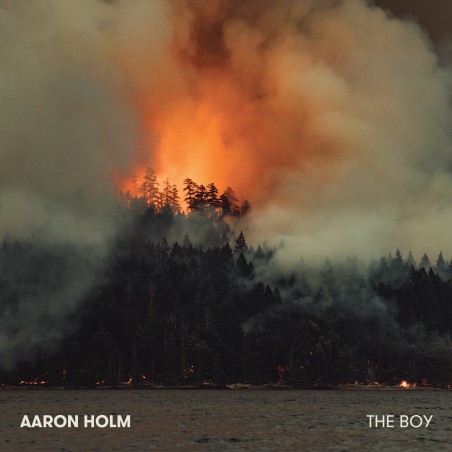 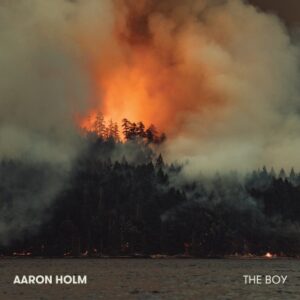 A concept album of sorts, Aaron Holm takes us on an aural journey from boyhood to manhood. Simon Tucker reviews:

The ambient genre. A tricky one. One that needs to engage but not intrude.  A genre many electronic producers have had an attempt at creating with some creating their finest works whilst others creating background muzak suitable for “Now that’s what I call Ambient” compilations (remember those in the 90’s?). Luckily Holm’s The Boy falls into the former category. It is an album that forces you into meditative thought and day dream and whilst we get told the album is concept by nature you can easily hang your own narrative onto it, paint your own pictures, investigate your own demons.

Water opens the album with subtle hand claps buried in the mix adding a slight pacing to what would just be a standard ambient affair before we are introduced to Little One and the first highlight on the album. Little One has a pulse and a rhythm and Holm’s introduces a grime and static slightly distorting the perceived calmness. Voices are heard in the distance. Ghosts in the machine.

The title track follows and it is one that is equally disturbing as it is beautiful for throughout the track we get audio samples of what is presumably a young boy talking and living in the distance. Whilst there is an ethereal quality to the track and is certainly gorgeous, the vocals can make you feel like you are a voyeur in someone else’s memories, watching old home movies of someone who has not given you permission to do so. A really interesting and peculiar piece that will require many a listen.

Wards Island is where you hear the influence of Holm’s travels through Southeast Asia and it as a track that cascades over you with flowing beauty and flourishes of unease. Broken Kid and Detached ramp up the feelings of unease and tension with the former rolling and tumbling and containing what sounds like Bjork narrating a story and the latter adding acid and Basinski dissonance to the recording.

The finale arrives with Catch A Falling Star and this is where you discover the true heart of the album. Starting with a recording of Holm’s daughter’s class in school playing Catch A Falling Star (which was then sent out to parents on the morning of the Sandy Hook shootings) Holm’s then created a work that is meant to soothe and comfort whilst representing lost souls and the transformation from boy to man.

The Boy is an effective and interesting listen. It manages to balance subtlety with emotional clout and ties it all together with a narrative that many will recognise and relate.