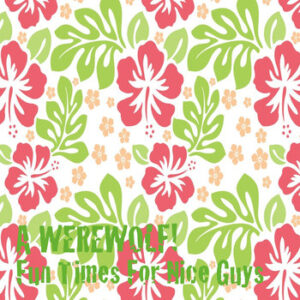 Louder than War’s Ioan Humphreys stumbles upon his latest noisy love and reviews a ‘what you may have missed’ three track EP from 2016.

Love it or hate it, social media does have it’s uses now and then. I have a Twitter account, but I genuinely still don’t know how to use it properly. But via it I have been accosted by some musicians that have completely blown me away. I have become firm fans and friends with some of them. When it comes to Facebook, I am an avid FBooker and use it far too much. But again, I have forged links with people, bands, and musicians that I would never have done any other way. I don’t get out much…

Now, I am a member of quite a few closed and non-closed FB groups that include The Fall fans, Guided By Voices fans and ones dedicated to things such as Ghost Signs (faded old signage from yesteryear) and, I shit you not, Brick Of The Day, which is an absolute must if you are into bricks. Which I am…please do not judge!

Anyway I digress. A group I joined recently is called NOISE ROCK NOW. It is a great platform for fans and bands to share classic tracks by noise groups, as well as share streams and downloads of their own bands or their mate’s ones. Hence, in between brick fancying (watch it!) I happened upon a two piece math rock noisy band called A WEREWOLF! from Brierley Hill in the West Midlands. After contacting them (via FB) they let me know of the last release they had which is the joyous three track EP Fun Times For Nice Guys.

First track, Antonio Stella Bottom Tile, starts with a gorgeously caustic guitar riff that combines beautifully with the loud as fuck and weird time signatures of the drums and the staccato stabs of noise. As with a lot of math rock bands, the time signatures and structure of the songs don’t seem to make any melodic sense. BUT this is exactly what I love about band like A WEREWOLF! They sound like they could fall apart at any second and this excites the fuck out of me.

Pretzel Day starts with some nice avant garde jazzy guitar noodling that quickly leads into slabs of noisy distorted guitar acrobatics and a drummer with the unenviable job of trying to keep up with this spastic approach. However, there is a more ‘traditional’ structure to this track that could make it that more accessible to the masses.

Final track, the brilliantly titled, I Went Outside Once, The Graphics Were Terrible, has a great sampled dialogue intro that leads into an erratic and fast guitar and drum riff that is very reminiscent of the great UK band, Winnebago Deal. Again it has quite a ‘traditional’ (hate that word!!) and rocky format to it that lifts it out of the ‘math rock’ brackets. The track is infectious, immediate and headbangingly wonderful.

So A WEREWOLF’s released Fun Times For Nice Guys on 15 February 2016 both on digital download via Bandcamp or on 7″ orange vinyl. This is a definite ‘go and listen’ moment and you will not be disappointed.

The band have a new record (their first full length) called Beautiful Sound, Strange Shape out on 14 August 2017. They will be following this with a tour in support of it.

Check out their stuff and try and catch them live. If you like bands like That Fucking Tank, you will love A WEREWOLF!

A WEREWOLF! can be found on their Facebook and their Bandcamp