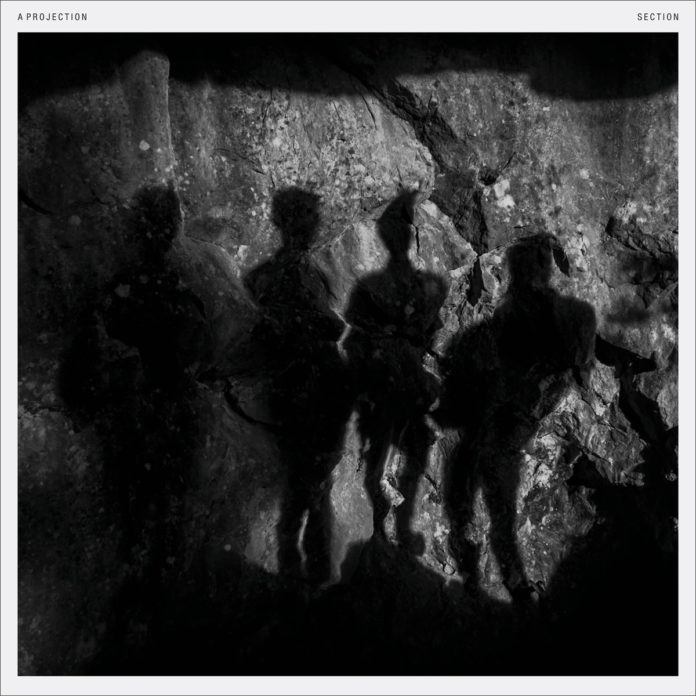 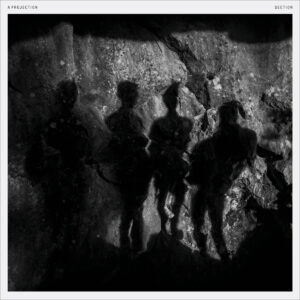 Swedish goth tinged post punks A Projection have returned with their third album “Section” – its the Stockholm based bands debut for Metropolis Records which should see them reaching a wider audience with their effect-driven guitars, lush synthesizers, and introspective lyrics.

To reach this point is quite impressive, A Projection have overcome multiple issues; their original vocalist left to be replaced by former bassist Rikard Tengvall who’s rich voice adds suitable gravitas, health issues plagued the band, but through all this they have emerged with a solid mature sounding album – yes it sounds like ‘Floodland’ era Sisters Of Mercy, or pretty much anything from Fields Of The Nephillim, but that’s not always a bad thing.

To suggest however that A Projection are mere goth copyists would be doing them a huge disservice, they are clearly influenced by the likes of Eldritch, but built have built upon that framework adding their own input, largely based around a brooding rhythm section powered by cavernous drums over which guitars shimmer ahead of the gravelled voice of Tengvall.

Section by A Projection

Tracks like ‘Fall’ which has a more post-punk attitude, anguished lyrics and even blackened pop under currents, whilst ‘Substitute’ motors along with I’d suggest a modern punk attitude.

Across the eleven tracks A Projection have shown that they understand their craft, they offer up plenty of hooks glistening in the mist, and a definitely worthy of your attention.