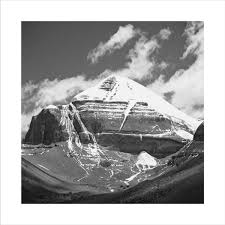 Timing, as they say, is everything. The reissue of these final TG albums comes slap bang in the middle of an ugly time for the United Kingdom. The most right-wing Government in decades just slammed home a majority election win, foodbanks are struggling to cope with demand, homelessness is on the rise as is homophobia, Islamaphobia, transphobia and knife crime. We are drenched in poverty and shattered from what has been a very long fight but here comes a reminder. That most important of reminders that where there is ugliness there can be found beauty. Where there is division there can also be a collective goal that transcends personal relationships and the dynamics of shared histories. ART can shine the brightest of lights and fill us full of strength and courage for the music of TG is nothing short of courageous. It is a sound that smothers you in its velvet embrace unsettling and seducing you in equal measure. Whatever was going on between the four members (Cosey Fanni Tutti, Chris Carter, Peter ‘Sleazy’ Christopherson, Genesis Breyer P-Orridge) as they worked together again after a break of twenty plus years (if you want the full story please read Cosey’s excellent memoirs ART SEX MUSIC)  the music is the one thing that betrays any animosity or ill feeling. Instead what you get is not only as good a “comeback” set of releases as anything else out there but music that can stand shoulder to shoulder with the celebrated works of the bands initial lifespan.

TG Now was the band testing the waters to see if and how they could work together again and was originally available to attendees RE-TG Astoria event in 2004, their first performance together since 1981’s US tour. What is instantly noticeable from this four track release is that the whole project is dripping in rediscovery and evolution. This isn’t a lazy retread of old ideals or that oft-overused term “Industrial” music. This is the sound of progression and you hear the influence of what the various members had been up to since the initial breakup. You can hear the sound of Coil, Psychic TV and Chris & Cosey / Carter Tutti. Yes there’s the odd hint at the past (Splitting Sky sounds like an updated take on the styles foud on 20 Jazz Funk Greats) but it is minimal. The instrumentation that, in particular, Chris Carter brings to the table makes the sound denser than on the 70s/80s recordings. A gorgeous melancholy flows through TG Now which is full of restraint and blurred edges. As unsettling as it can be in places the album is romance and dance, sensual and seductive…a most welcome return.

A Souvenir Of Camber Sands is a live document of the bands 2004 Camber Sands performance as part of ATP’s Nightmare Before Christmas weekend. This is really where the true power of TG is laid bare for us. A performance that was difficult for the band after the tragic death of Sleazy’s ex-partner and bandmate in Coil Geoffrey Rushton aka Jhonn Balance. TG were hurting and the show starts with Gen dedicating it to Geoff (Sleazy even wore his famous white mirrored Coil suit for the performance) but what then transpires is a moment of true transcendence as the band travel through their own world, sometimes dropping in to the past with “hits” such as Hamburger Lady, What A Day and Convincing People, but never failing to bring those songs into the present. The sound that the members make is like the finest jazz where you can hook onto a thousand different elements and ride them to their climax. Gen’s vocals are strong throughout especially on the aforementioned What A Day and Almost Like This (A Kiss) which is one of the highlights of the set as the band saunter through a Lynchian blues shuffle rewriting the love song for a more modern and visceral time. Without watching the footage you will not be able to tell who is playing what and that is very much to the credit of the band whose sound is utterly democratic. There are no leaders or followers just a collective and symbiotic consciousness..pulsing within the TG borders.

Part Two: The Endless Not is the final studio recording of Throbbing Gristle. There would be the beautiful epitaph of X-TG’s Desertshore  / The Final Report released after the sad passing of Sleazy (who died in 2010) but The Endless Not is where we hear the final thoughts of all four members of Throbbing Gristle and as goodbyes go this is a pretty special one. Reformations can be tricky and tedious. Bands getting back together and just going over the old stuff for a pay day feeds a negativity into a once loyal fanbase who after the thrill of seeing your favourite band again live soon lose interest. Good reformations however can be electric. When a band gets back together and decides to work on new material you can be forgiven for feeling wary but were we ever required to worry when it came to TG? They had already proven to us that this was no cash-hungry trip down memory lane with their previous releases and live shows. We needed to hear what a full-length project would sound like and wasn’t it glorious.

Things had changed. The band were finding ad using all manner of new gadgets forcing their sound into new twisted alleyways. Listening to The Endless Not is like being held under water. From opener Vow of Silence to the static dreams of closer After The Fall you are within TG’s world. The sound eats at you and where in the past the band used shock and sword-edge brutality to knock you off your feet here they give you repeated gut punches. This is music you feel not just listen to. It has the capacity to illicit a thousand different emotions and never fails to be anything other than beautiful. There is a strong argument to say that Part Two: The Endless Not may be the most complete and perfect of all Throbbing Gristle albums…what a way to bow out…influencing another generation, reinvigorating their fanbase and reclaiming their place at the top of the mountain.

These are albums I would claim to be essential. They come at a time when we need reminding that music can be used as therapy, inspiration and comfort. There’s of course a sadness that Sleazy is no longer with us but as a tribute to him and to the power of Throbbing Gristle this is as good a tribute as any. Take these albums walking, play them to shag to, use to inspire your poetry, try to figure out the tech that goes in to the sounds…use them as the lighthouse they are.