Home Blogs 10 reasons why this was the best Glastonbury ever (despite the mud!) 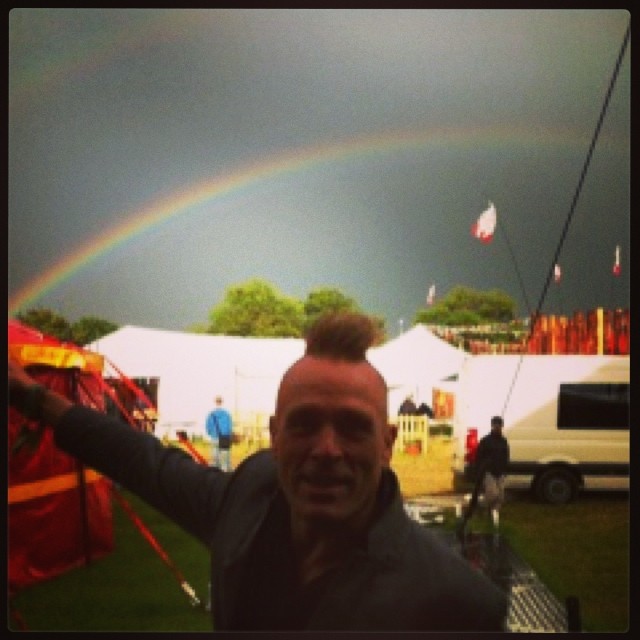 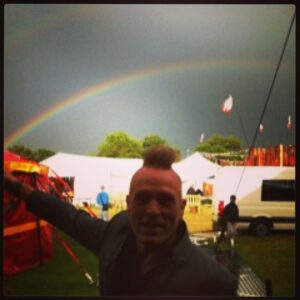 After a magical mucky weekend John Robb from the Membranes  and LTW has returned from the muddy fields of England – the quagmire that proves that global warming is a real possibility and that weird notion that June somehow is now expected to feel like a rainswept winter.

Despite the mud and the endless traffic james though, this was the best Glastonbury I have ever been to – the diversity, the spirit and the sheer breath taking scope of music made me feel like I was walking around in a rare utopian vision of the 21st century – it was youthful and it was looking forward and a new generation was here to sweep away the cobwebs.

It was so good that here are 10 reasons.

Whilst the mums and dads tend to stay at home and watch the coverage on TV and type out brickbats and annoyed missives that the festival they went to once is ‘not what it was’ their offspring are running around in the same mud they once did into a new kind of festival.
It was very noticeable this year just how young the Glastonbury generation now is.
This is the post Brexit youth who woke up to this weekend to find that they had been outvoted by the oldies and into a new UK that don’t want – whether Glastonbury was the last weekend of their personal utopia is for history to decide but with a new raft of bands and ideas that reflects the festivals new guiding light – Emily Eavis – whose great influence can be felt everywhere, this was a new generation Glasto.

Walking around the site all night it feels like a far different world than a couple of decades ago and even a couple of years ago. This is a very youthful environment – very few people here from the old youth culture wars remain- the hippies/punks/ravers etc are now weather beaten vets (I know – I’m one of them!) surrounded by this sea of multicoloured welly wearing, face painted tree fairies and their skinny boyfriends staggering endlessly though the mud having the time of their lives. They come with their own bands, their own hi tech pop culture world that embraces the one we had without being imprisoned by it…

For this generation Glastonbury is a totem and a rite of passage, of course they enjoy the classic bands but they have their own soundtrack now. It’s the soundtrack that older people hate but it belongs to them.

Glastonbury of the sixties was a small one off thing, Glastonbury of the eighties reflected this sixties tinged utopia but the 21st century is a very different place and somehow Glastonbury have managed to capture the sheen of optimism and hope from the old days and transported it to the now – not easy in these turbulent times. They have also changed the soundtrack which brings us neatly to…

It’s funny reading Facebook sometimes. Glastonbury weekend sees the older folk bemoaning the good old days of Glasto-bands. Bands that ‘could play properly’, proper bands…This reached it’s apex when Kanye West played and the notorious petition emerged signed by thousands of people demanding him to be removed from the bill. 21st century Glastonbury is a thrilling and endless sea of bands of all styles and sounds that reflects a very vibrant modern music culture. For every legend like Dolly Parton or the Damned there is a lunatic Japanese free jazz orchestra, for every darkly thrilling Muse there is a Ferocious Dog. Here the future and the past seems to all exist at the same time. Very internet.
Of course the old stuff still sounds great – we fought them punk rock wars etc! But the vast plethora of modern music is here in all its different shapes and sizes and it is thrilling – Glastonbury somehow reflects this new eclectic mix were Beyonce can sit next to Metallica and the Junkyard Dogs, hip hop and new stadium indie from the bizarrely engining lunacy of Coldplay or the trips indie of Jagwar Ma.

The notion that only the classic old bands can headline that has been drowned in the sea of mud. Of course no-one is arguing that Muse or Coldplay are that young but they are are far removed from the ancient classical musical mariners like Rolling Stones or the unreformed Led Zepp – the kind of fanciful notions that only last year people were claiming that Glastonbury desperately needed or it would die. This year it seemed perfectly natural for the newer bands to headline – and that’s the way it should be – Glastonbury has taken risks and escaped being a retro cuddly blanket – the Kanye West moment last year could well be key – the bizarre petition against him appearing was a watershed moment and it’s now a festival where the mian stage is up for grabs by new bands as much as old bands and that is healthy for music and defeats the notion that pop culture or rock is dead.

4. Mud
What kind of filth is this encrusted on my feet ? Eavis’s farm has the most bizarre mud in the UK. It’s sticky and never leaves your feet which grow larger by the hour like you are trapped in a scene from the genius Alice in Wonderland. In the Shangri La area the mud was two foot deep – I was pulling waifs out of the quagmire leaving their wellington boots behind in the sinking stench. The biggest shock is that the farm is not bare rock now with most of its topsoil transported across Europe in the days after the festival. And yet this still doesn’t put a dampener on things – it becomes part of the whole experience!

When you are here Glastonbury is so different from the TV coverage – a huge amorphous and muddy beast that goes on for ever and ever without any focus and that’s a good thing. Glastonbury is not really about the superstar set. Adele may have grabbed the headlines but most people here won’t even know that she played. It’s that displacement that is great. The vivid intensity of some lunatic playing guitar and hopping around on one leg in some far of tea room seems as urgent and vital as the 150 000 crowd pulling main stage.

Whilst the rest of the UK seems to be in a political and social meltdown it would have once been very easy so feel very detached from the real world. But with modern tech it’s hard to escape from and who wants to escape from the drama of a political meltdown that is changing our lives. There used to be a time you could make up rumours like Cliff Richard is dead and they would whisper like wildfire around the site with no way of googling to check. Now everyone is plugged into the new hyper-reality where our minds are like computer screens with several things going on at once.

It’s the fringes that make Glastonbury so fascinating. If London is not really a city but a collection of 36 small towns, Glastonbury is the same – not really one huge festival but a collection of smaller ones that each live in their own microcosm.
Some people still think the backstage area behind the pyramid stage is where the action is – a packed bar playing their own music ignoring the rest of the festival and feeling important in their powdered music biz finery but that’s just one rather uninteresting and unimportant corner surrounded by the real festival.
When you enter the Shangri La stage in the deep night it’s like going into another world- a dystopian all night party – a reflection of the travellers old school post punk political ethos turned into a brilliant all night rave with eclectic music and a full on party vibe with bizarre and brilliant bands playing to thousands of dancing ravers.
The Crows Nest is perched on the top of a hill and has a great view of the site and has a laid back atmosphere that features mini sets from Jagwar Ma or The Pop Group performing to 200 people crammed into a tent. Yesterday I saw a brilliant one hour talk about Sloths – it’s that kind of place. The Rabbit Hole is themed around Alice in Wonderland and is a brilliant disorientation of the senses just like the book – you enter another portal, another world and familiar faces sometimes drift past in the Lewis Carroll themed weirdness or sit in the famous hot tub. And then there are the Green Fields full of new thinking and weird ideas and hippy utopia and it’s in these nooks and crannies that the real Glastonbury lives in.

Billy Bragg’s Leftfield is a great space – by day political and social debate – by evening a space for like minded bands to perform. But what is remarkable is that it somehow becomes a pivotal space in the national agenda…two years ago Tom Watson resigned from the shadow cabinet after a debate in the tent and this year he was there again and then left quickly when Labour imploded whilst Jeremy Corbyn never made the panel he was meant to be on – is Leftfield pivotal in the national political agenda??

9. The Crows Nest
Ok we mentioned it in the nooks and crannies bit but anywhere where you can hear a one hour talk on Sloths and be engrossed in it has got to be pure genius!

Yet again I saw the rabbit suddenly appear out of its subterranean lair and look properly started. It probably thought it would pop out for a Friday evening snack and then saw 200 000 people having a great time and disappeared in terror…