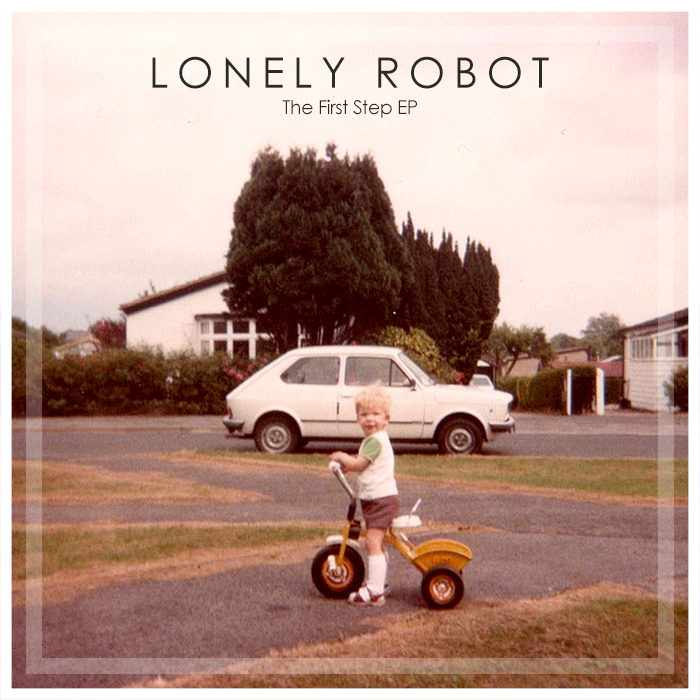 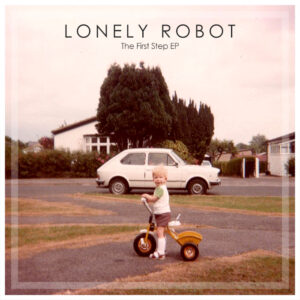 Having been gigging under the name Lonely Robot for the last four years James Stewart commits his brilliantly imagined reflections on growing up to a debut EP.

Becoming a parent is a joyous and terrifying time. And when you’re not dumbstruck with fear and elation there’s a certain amount of misty-eyed nostalgia pierced through with the cold clarity that comes from having a new experience through which to refract the light onto your own past. All the things that have happened to shape us now, the unknown of how this new future will mould us. That sticky place between still feeling like the child but knowing you have to be the grown up.

And so it was for James Stewart, aka Lonely Robot, as he approached fatherhood and reflected back on where he had come from. Having gigged for around four years under the moniker (while also playing with Merrick’s Tusk, the math rock band he recently and amicably parted ways with) but with only some rough demos he decided to commit this new set of songs to a release.

As a debut EP The First Step is touchingly honest and beautifully expressed. Over the course of six songs we get intensely resonant emo folk that isn’t just for those with impending or fully realised parenthood, but for anyone who has folded beneath the weight of everyday adulthood.

This theme of growing older / growing up plays throughout the songs but so too does the idea of home, not as a physical place but as a concept. For James it was a childhood spent moving from place to place that led to him carrying this notion of home as a feeling rather than a location but for many others too it will be an abstract, a longing for somewhere to which they can never return as it exists only in memories.

This sense of hiraeth is told allegorically through the palaeontologist searching for the discovery of a lifetime (Fossils of the Past) or a lost explorer trying to find a way home (Fences and Fields), while the isolation and deep scars of bullying and transitory friendships are shared with a reference to The Land Before Time (Three Horns Don’t Play with Long Necks). Social anxiety is covered too (Snapshots and Memories, Sea Monsters) but all looping back round to that wider theme of growing up, growing away from the home that was your childhood.

All of this sounds like it could be a maudlin introspection but the gentle story-telling and sincerity of the vocal give this more of a cathartic feel, a reassurance that we aren’t alone in feeling exiled from our pasts and uncertain of who we are in our own futures.

The First Step will be released in digital format on Bandcamp on 14 July 2016. Lonely Robot plays the Louder Than War associated Six Impossible Things at The Bless, Derby that day. Details on Facebook here.

All words by Sarah Lay. Sarah is editor of LTW and you can find her author archive here. You can also find her on Twitter. She provides a LTW weekly recommendation on Radio Andra’s The Rumble – tune in each Tuesday from 8pm.