Home Music Reviews Album Reviews Terry Edwards: Stop Trying To Sell Me Back My Past / Very... 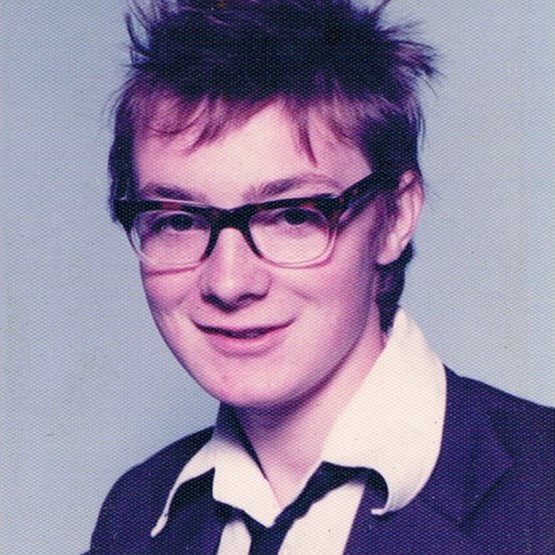 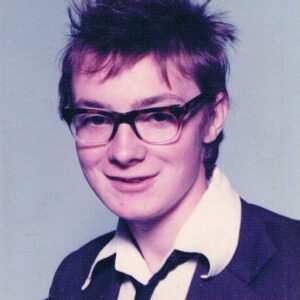 Stop Trying To Sell Me Back My Past (2 LP vinyl)

There was a time, many many years ago when in the void after punk, my group of friends and I stumbled upon The Higsons- probably after John Peel played “Monkeys” I would hazard a guess- and we were completely enthralled by them to the extent we travelled around seeing them play for a few years. The first time (I think, it was a while ago!) we saw them was at long-gone and recently burned down Glasgow venue Night Moves. The place was at the top of about five flights of stairs and being the young and inquisitive (and probably trying to get guest list) types, we would often sneak in to afternoon soundchecks before the gig that night.

I have a very vague recollection of meeting a skinny and impossibly cool guy who turned out to be the trumpet player in The Higsons at the top of those stairs and being slightly tongue-tied and starstruck. One of us commented on the little vertical tattoo on the guy’s neck; it read “individual”- and remember, tattoos at this point were the premise of builders and sailors, not the almost de rigeur accessory that they are now- and he replied, totally deadpan, “Yeah, me and my mates have all got them….” and we’re all dumbly nodding our heads, missing the piss-take completely. Maybe Charlie Higson witnessed this droll exchange and realised that comedy writing was in fact the future….

Anyway, turns out the bloke was one Terry Edwards, a multi-instrumentalist who has been forging a path through music of all genres since the implosion of The Higsons. I’d lost sight of him a few times over the years, but he’d often reappear on something unlikely again. He’s played on records by The Wolfhounds, Rhoda Dakar, Spleen and Franz Ferdinand among may others. These two releases are, firstly, a three disc set cherry-picking some of his finest, weirdest moments over 60 tracks and a double vinyl release compiling the long-out-of-print and very rare EPs of unlikely cover versions that he released from 1991 through 1994.

Stop Trying To Sell Me Back my Past is the complied cover versions as above; starting with four tracks of JAMC songs, the lonely, sparse version of “Never Understand” has a brass part mimicking the feedback of the original and his trumpet mapping out the melody as a simple tambourine picks out the beat. “The Hardest Walk” continues the trip and shows the melodic depth of the original song.

The Magic Of The Fall takes the already deranged “Totally Wired” and flings a whole load of Soca and ska-style riffs at it, ending with The Specials “Gangsters” riff which as I recall is actually nicked from a Prince Buster tune.

If you don’t think you need a version of “New Rose” played entirely on brass instruments, think again. Similarly the version of “Bodies” which incorporates the Marc Bolan “20th Century Boy” riff in it’s glam-tastic grooves is a splendid way to spend three minutes. The never-released Cure covers EP is here, too; “Killing An Arab” takes on a dubbed-up, spare version which sounds a bit like Massive Attack who also sampled The Cure in a weird bit of synchronicity. All terrific stuff and well worth a listen. 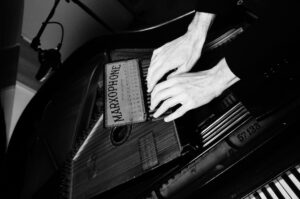 The three disc Very Terry Edwards could, of course, be a mixed back as regards quality, covering as it does his early singles with The Higsons through to his collaborations with Glen Matlock, Stewart Staples and The Nightingales via some very odd excursions into the avant garde and the downright strange along the way. It is, however, a triumph for the most part. He’s went for a thematic track listing rather than chronological and it works rather well. Some of his better known stuff is sidelined in favour of the oddities- so, no Siouxsie, PJ Harvey, Julian Cope or Tindersticks- but these are easily accessible elsewhere.

I wont go through the entire, decades-straddling track list, but suffice to say, there are some absolute pearls herein; “My Legendary Childhood” by the aforementioned Wolfhounds is a song that should have given The Smiths a run for their money. In fact, why The Wolfhounds weren’t much, much bigger remains a complete mystery to me still. His free jazz splurges over the early Birthday Party-sounding “Vulpine” by Spleen is a different kettle of madness altogether. “Roger Wilson Said” by New York New York is like a psychotic show-tune and his sparse, experimental solo track “Dipped In Tea” is filmic and daintily menacing. I should say, that despite my youthful love for them, The Higsons tracks don’t date that well; at the time they were a very English-sounding, punky take on James Brown’s band but they sound a little weary nowadays.

His playing on Robyn Hitchcock’s (another English national treasure not unlike Edwards) “There Ain’t No Santa Claus On the Evening Stage” is utterly sublime and worth the price of admission alone.

There are tracks here from The Blockheads, his classical excursions with The Havering Youth Orchestra and lots of ska and jazz inflected songs by the great,, the good and the obscure.

To try and encapsulate all of Edwards’ work over the years would be impossible; this is a brilliant overview. The term genius gets flung around way too much and I very much doubt Terry Edwards would thank you for the accolade, but he’s a virtuoso, that’s for sure. And an individual, don’t forget that……

All Words by Joe Whyte DTK