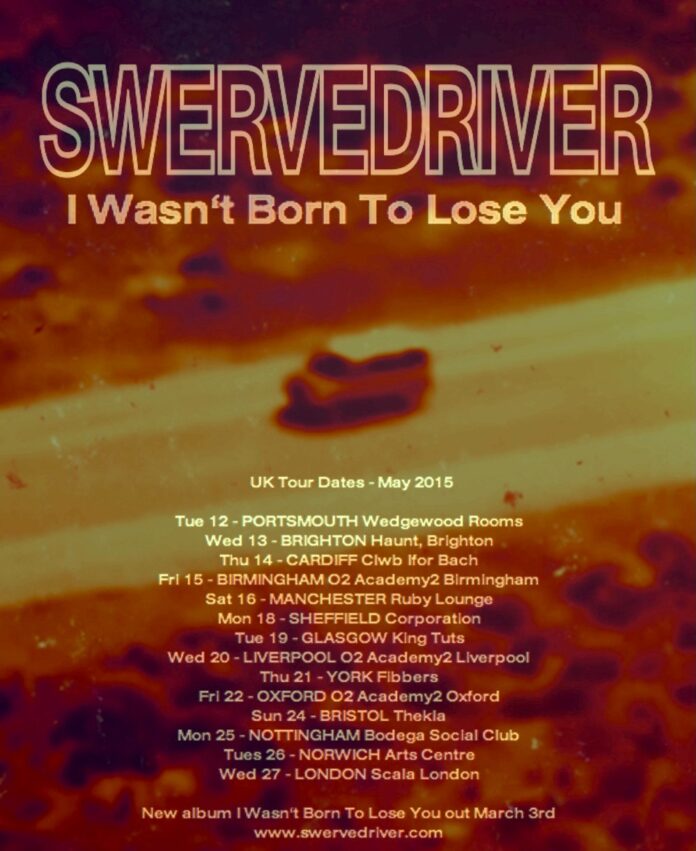 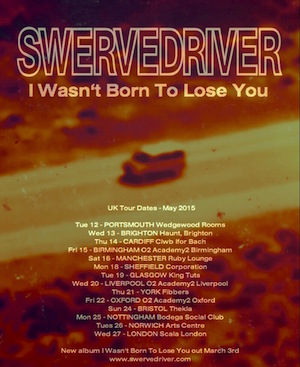 The Oxford band, who we recently interviewed, will be embarking on a UK tour in May to support their new album, I Wasn’t Born To Lose You which drops 3rd March.

Swervedriver were originally signed to Creation Records, and released four studio albums between 1991 and 1998 before returning from an eight-year hiatus to play US and UK shows in 2007.

After hearing American alternative rock bands such as Dinosoar Jr. and Sonic Youth, Swervedriver were subsequently inspired “to push out the boundaries of electric guitar within a pop format”.

‘I Wasn’t Born To Lose You’ was recorded at Birdland in Melbourne, Australia and Konk studios in London. The band have already shared two new tracks from the upcoming release through SoundCloud, which can be streamed below.