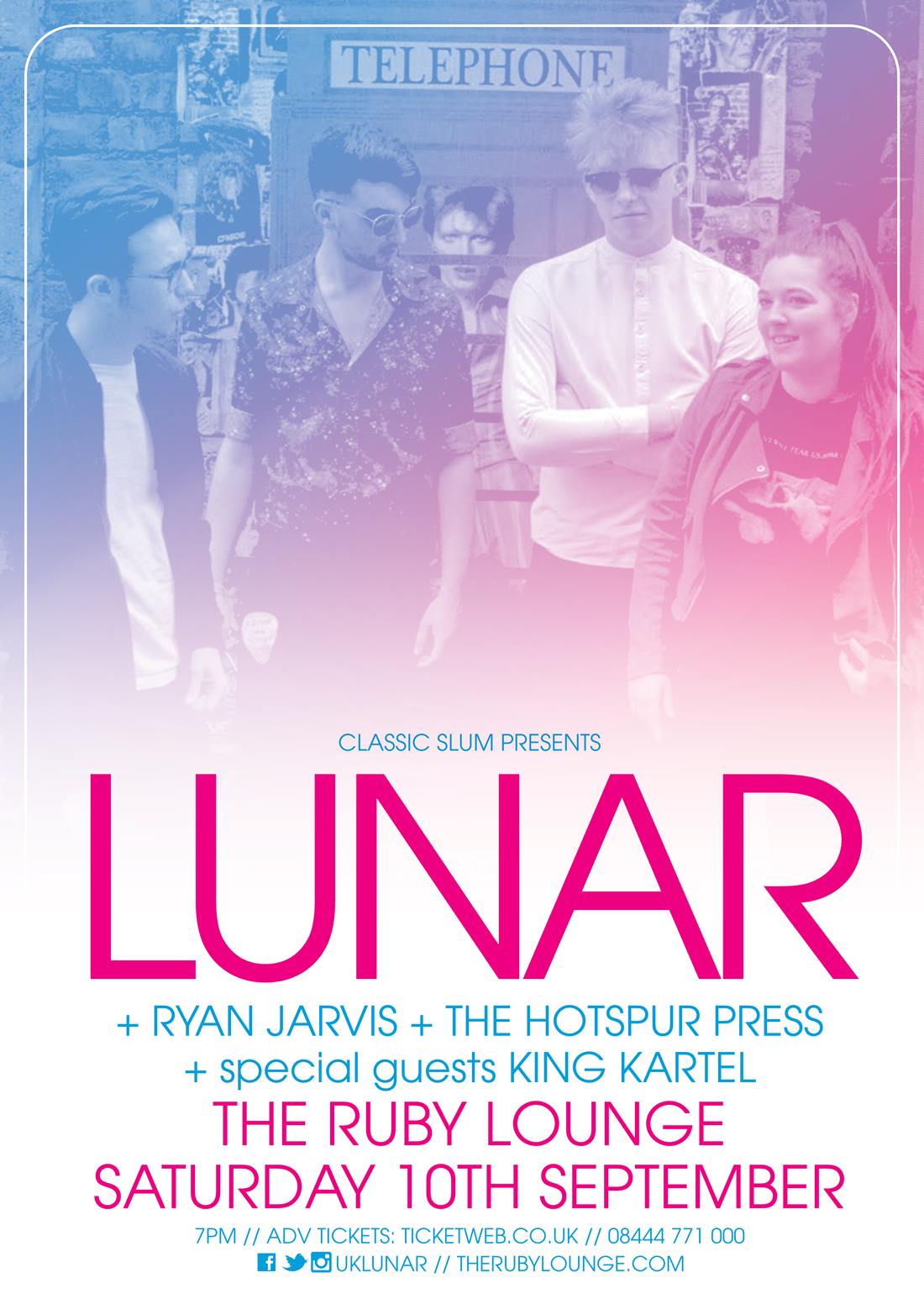 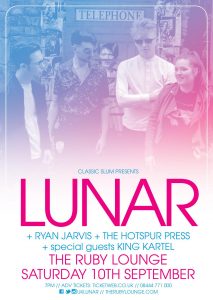 Despite being relatively new to the live scene Luner don’t have to justifying their headline spot at The Ruby Lounge, their successful sell out shows at Sound Control, Academy 3 as well as a number of festival spots this year have all been consistently enthusiastically and energetically well received from each audience they’ve performed to.

Lunars approachable attitude and natural charisma on stage is only out shone by their skilful ability to make youthful rock anthems that are blended with spirited frantic indie rock and lyrics that somersault between shrewdly critical and reassuringly ingenuous.

Lunar will be satisfyingly supported by three special guests; Manchester’s sweetly dark edged indie rock four piece The Hotspur Press who provide that kind of melodic guitar riff and appealing lead vocal that along with a moody bass and the dynamic rhythm demands your attention.

King Kartel are well known for delivering incendiary live performances of some impressive indie rock expertly blended with a delightfully energetic and wittily self-assured pop flavour. As well as plenty to get you moving the line-up includes the impressive and charming singer songwriter Ryan Jarvis whose soulful voice delivers his indie serenades and thoughtful observations with evocative romanticism and endearing honesty.

To keep up to date with all Lunar’s news link their Facebook page. Lunar are also on SoundCloud and Twitter where they go by @UkLunar.